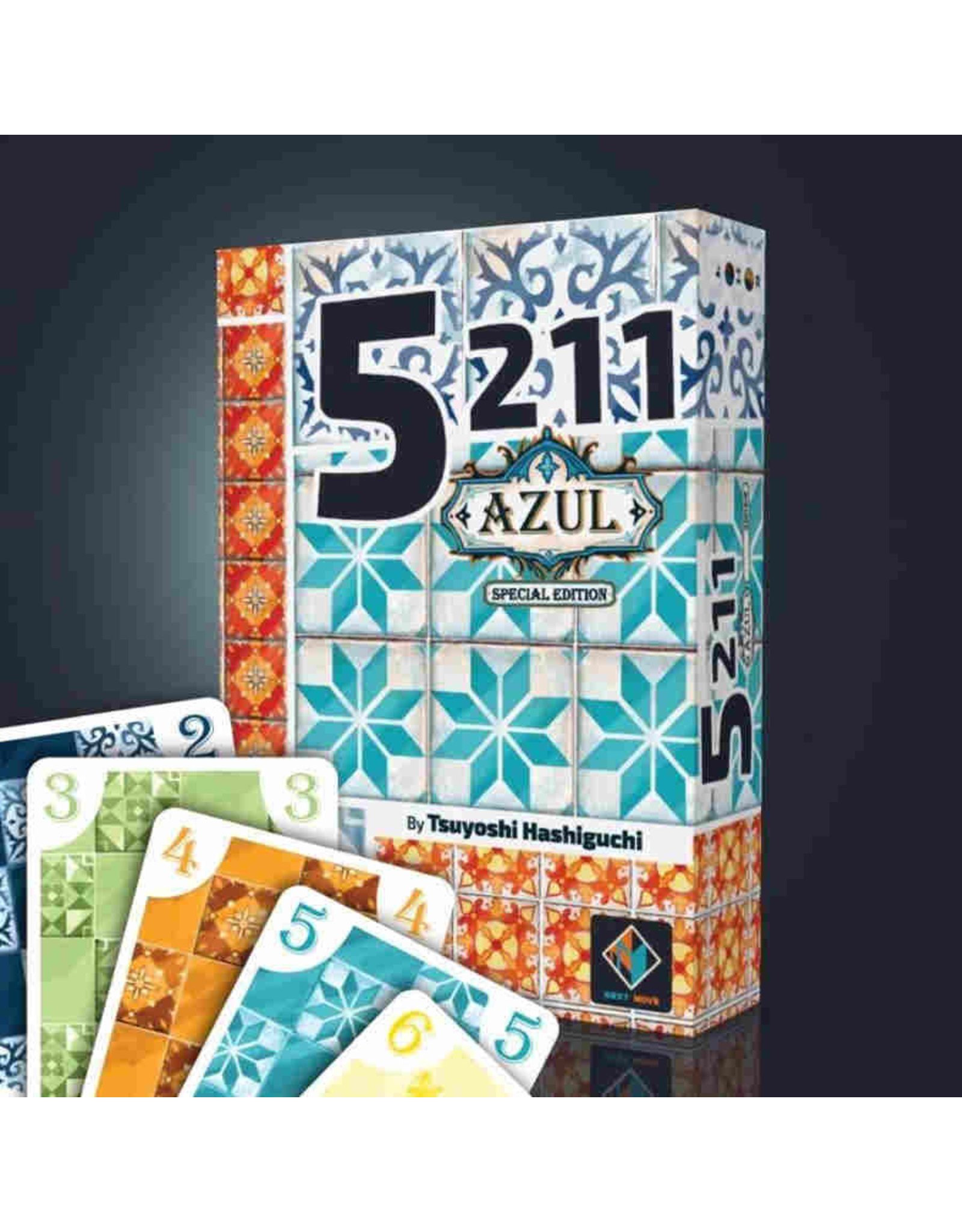 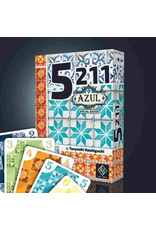 5211, the fast-playing card game with a unique scoring method that rewards clever play is now releasing with a new theme, based on the award winning, hit game, Azul! The cards are beautifully adorned with five color patterns from the familiar tiles in Azul’s artwork.

Each player starts with a hand of five cards. Players play two cards face-down, then simultaneously reveal them. They refill their hand, then repeat this process two more times, but only with one card. The cards of the majority color pattern will score — unless too many are present, in which case the color busts and the second most color scores. In case of a tie for majority, the tied colors are also out. These rounds are repeated until the deck runs out. The player with the most points wins.

5211 Azul is a new edition that fans of both games can enjoy!