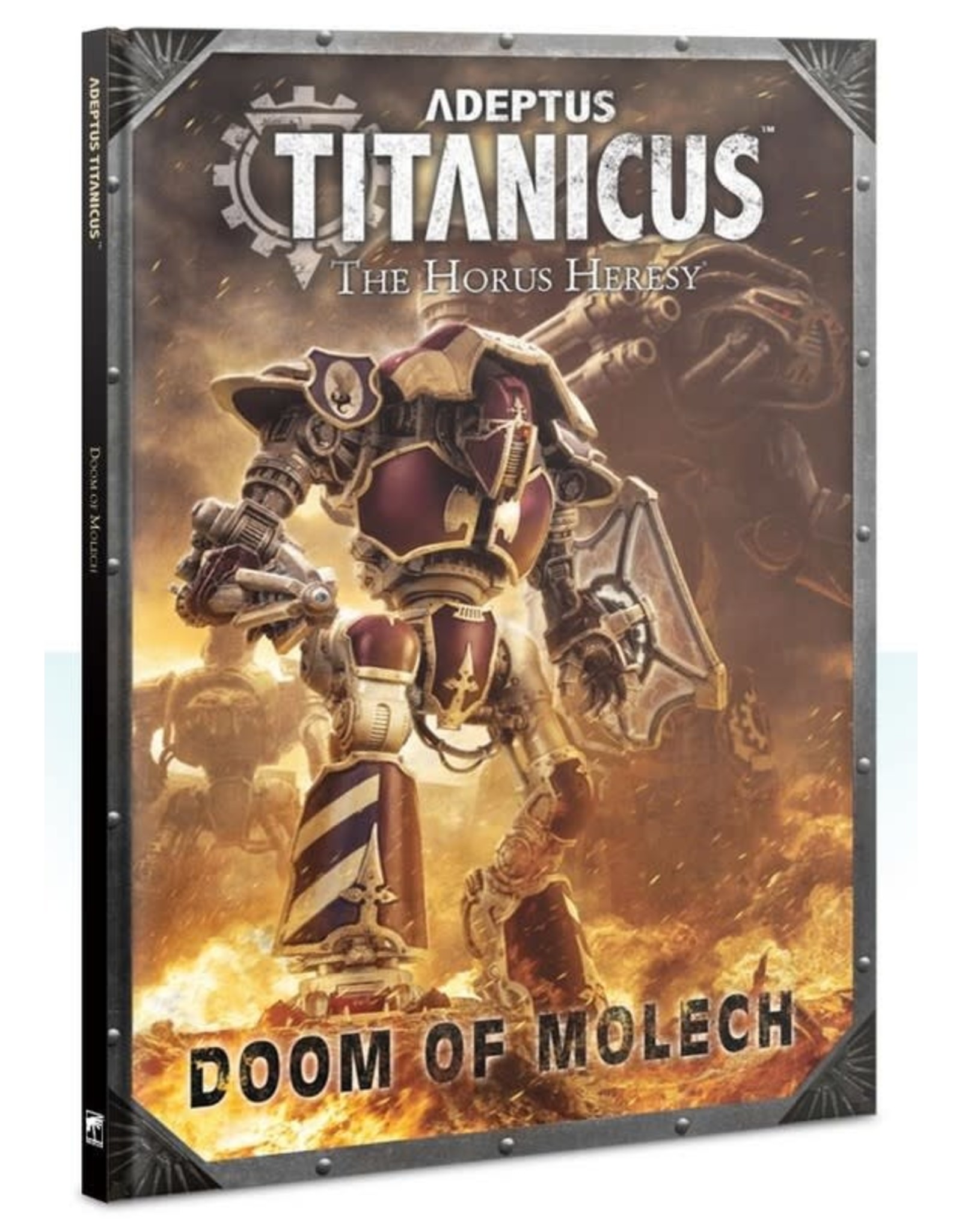 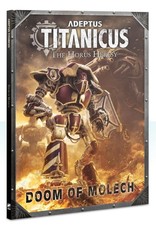 The Battle of Molech was a turning point in the Horus Heresy. After an overwhelming initial assault by the Warmaster's forces, small bands of brave Loyalists held out for months. But the insidious influence of Chaos spread through Molech's defenders, and the Knights of House Devine turned against their allies, securing victory for Horus and bringing powerful new allies to his forces. And in the battle's aftermath, Horus walked his own path to a source of great power that would change the face of the war forever…

This Adeptus Titanicus: The Horus Heresy expansion introduces the background of the Molech campaign. It also provides a wealth of new rules and missions to use in your games, including new maniples, Legion rules and everything you need to use entire armies of Knights, including rules for seven different Knight Households.

Inside this volume you will find:

- An overview of the Battle of Molech
- Rules for fielding battlegroups composed entirely of Knight Households
- New orders, Stratagems and more for Knight battlegroups
- Background and Legion-specific rules for 4 Titan Legions: Crucius, Fortitdus, Vulcanum and Interfector
- Background and rules for 7 Knight Houses: Devine, Donar, Indra, Kaska, Kaushik, Mamaragon and Tazkhar
- Full-colour examples of paint schemes and heraldry
- New maniples to use in your games
- 32 new Stratagems and 2 Battlefield Assets
- Six narrative missions based on the greatest battles of the Molech campaign
- Beast Hunt matched play mission, including rules for three different beasts
- Rules for fighting on battlefields based on conditions on Molech