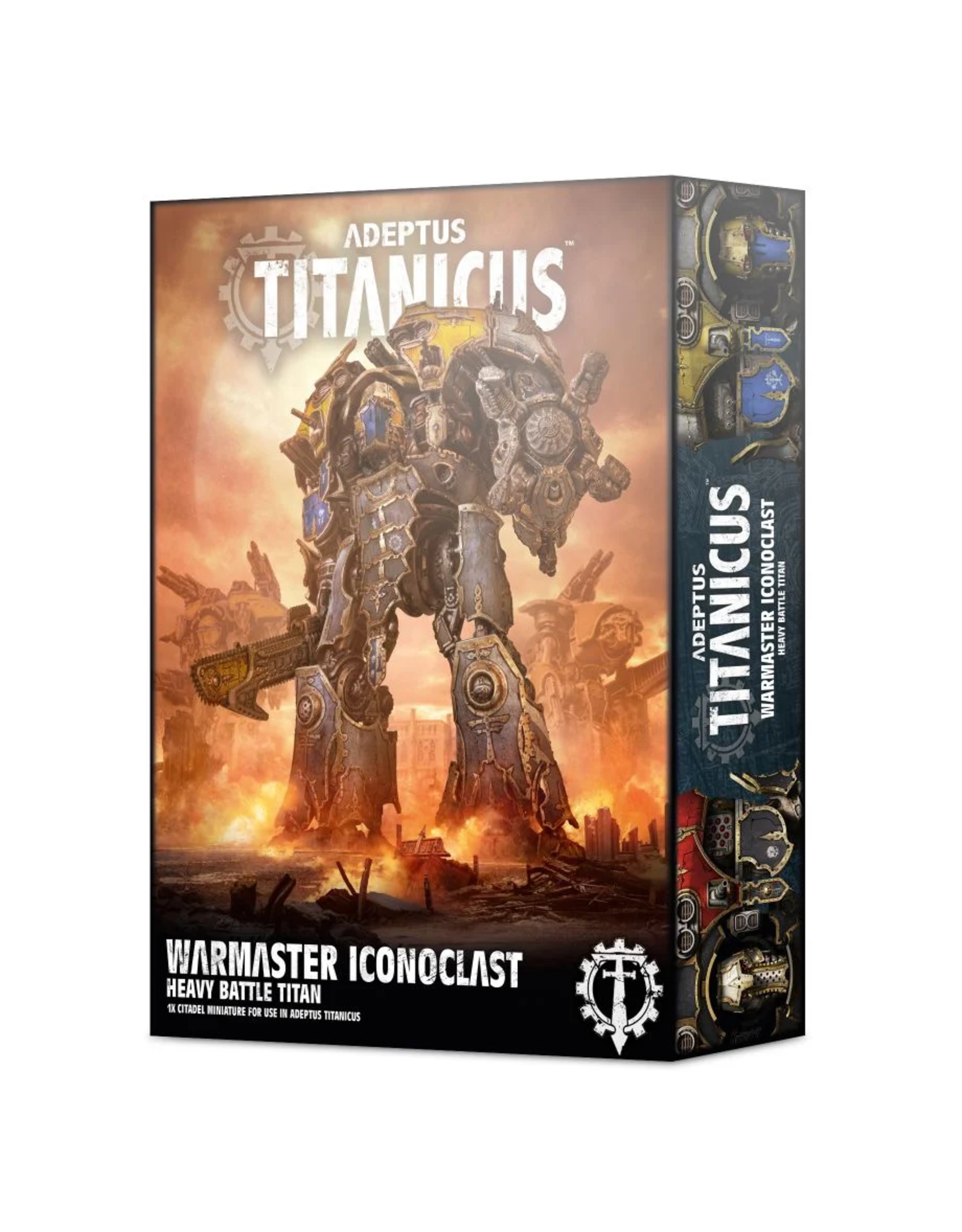 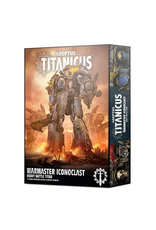 The Iconoclast is a god-engine designed with a singular purpose – obliteration. Even its reactors have been modified for engaging the foe up close. Those few who know of the Iconoclast’s existence fear its arrival upon the battlefield, for the march of such a god-engine renders seemingly impenetrable armour into little more than an inconvenience. Where it treads, civilisations fall, nought but rubble left behind to mark their passing.

If you favour an aggressive style of warfare, the Iconoclast is the melee-focused counterpart to the massive Warmaster. Trading out the Plasma Destructors for a Desolator Chainsword and a Krius Siege Drill or Krius Grav Imploder, there’s almost nothing the Iconoclast can’t smash through when it gets to grips with a foe. A Cruciator Gatling Array sits above the head, producing a veritable wall of hard shot that will strip shields and shred smaller targets. Hardpoints at the shoulders can each accommodate a range of secondary weapons to tailor your Titan to your playing style. You can add a wide and varied array of smaller (relatively speaking) ancillary weapons to customise your god-engine's appearance even further.

The Iconoclast Heavy Battle Titan is the lynchpin around which your entire offensive strategy revolves. Able to soak up astonishing amounts of firepower, your opponents will have to choose between concentrating all their shots to take it down before it hits their lines or ignoring it at their peril. Both options are bad for them and good for you.

The box includes three sets of shoulder plates with which to declare your allegiance, plus five options for faceplates, plenty of extra weapons to sprinkle around the various emplacements, and loads of heavy shoulder-mounted weapons to choose from. The model includes a 120mm x 92mm oval base.

Also in the box is a cardboard command terminal for the Warmaster Heavy Battle Titan, a set of 18 cards featuring the various weapon and ancillary system options available to the Titan, and a transfer sheet with 100 black and white designs covering a range of Loyalist and Traitor Titan Legions.