Star Wars X-Wing 2.0 launched on September 12, 2018. It has been two years since update and many X-Wing players still have not made the jump. I want to lay out what really has changed and answer the question, “Is it worth the money to invest in the X-Wing 2.0 system?”

Star Wars X-Wing 2.0 launched on September 12, 2018. It has been two years since update and many X-Wing players still have not made the jump. I want to lay out what really has changed and answer the question, “Is it worth the money to invest in the X-Wing 2.0 system?” The short answer is yes, yes it is. I want to focus on three topics around 2.0. New mechanics, new factions and the ease or re-balancing. Let us start with some of the new mechanics around 2.0. 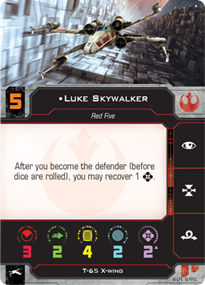 The first and most apparent new mechanic would be the introduction of the force. Pilots that have Force ability can use it in a variety of ways. If we look at Luke Skywalker’s pilot card, we can see the purple stat icon, which is the force. He begins the game with two Force tokens. The small arrow next to the number means he recovers one at the end of each round. He also has an ability that lets him recover one when he is the defender. A Force token can be used to change a die showing a focus symbol to either a hit or evade depending on the die. What makes this so strong is the fact that it gives Force users a token to use even after they execute red maneuvers and receive a stress token. Force users also can equip force upgrades that add another ability or more ways to use the Force tokens. 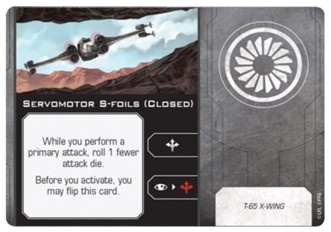 The second big change is to actions. Gone are the days of Push The Limit, and every ship being able to take two actions every turn. In 2.0 we now have linked actions, red actions, and purple actions. If we look at the upgrade card S-Foils, it adds two actions to a x-wing pilot. The pilot can now take a focus and link it into a red boost. The red actions let you do the actions then gain a stress token. A purple actions is an action that requires you to spend a force token to be able to complete the action. 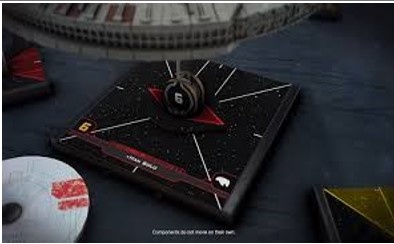 Changes to turrets are the third big change to the game mechanics. Now ships with a primary turret like the Millennium Falcon have a 180-degree arc instead of 360 degree. The player can use an action to rotate that 180-degree arc from front and back to the sides, or vice versa. This really brings the game back to the major roots of Star Wars X-Wing, which is flying. 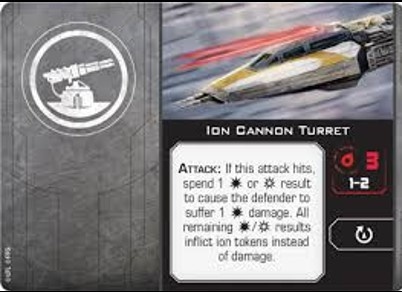 This is even more so apparent if you equip a turret upgrade like Ion Cannon Turret. It only has a 90-degree arc, but you use a rotate action to move the turret to another arc. This leaves a Y-Wing with its main arc and a moving turret arc. These can be in the same arc or the player can cover more area by moving the turret to another arc. This helps the Y-Wing have more options when engaging and flying. 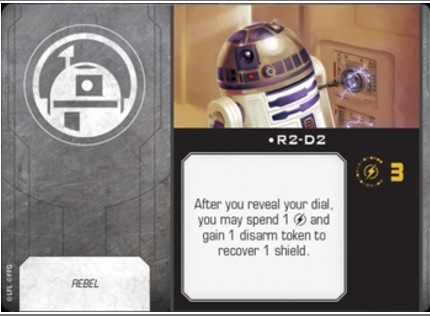 The last item I want to cover is upgrade cards with limited charges, which include things like R2-D2 who can recover shield tokens. In 1.0 a player could use the card an unlimited times a game. This lead to people flying away from the battle for a few turns to recover all their shields, and then flying back to the engagement multiple times a game. In 2.0 it is limited to three charges a game, which means you can only recovers three shields max in a game. You also will gain a disarm token every time you recover a shield with R2-D2. This really makes the player think about when is the best time to use this ability and how to fly knowing you wont be able to shoot the same round you use it.

Now there are many other small mechanics that have been changed or upgraded throughout 2.0, but these are just some of the major upgrades that really change the way the game is played. In the next article I will spend some time talking about the new factions added to the game, how they affect the game as a whole, and how you really can focus on one faction without needing to buy other faction ships for upgrade cards and such.