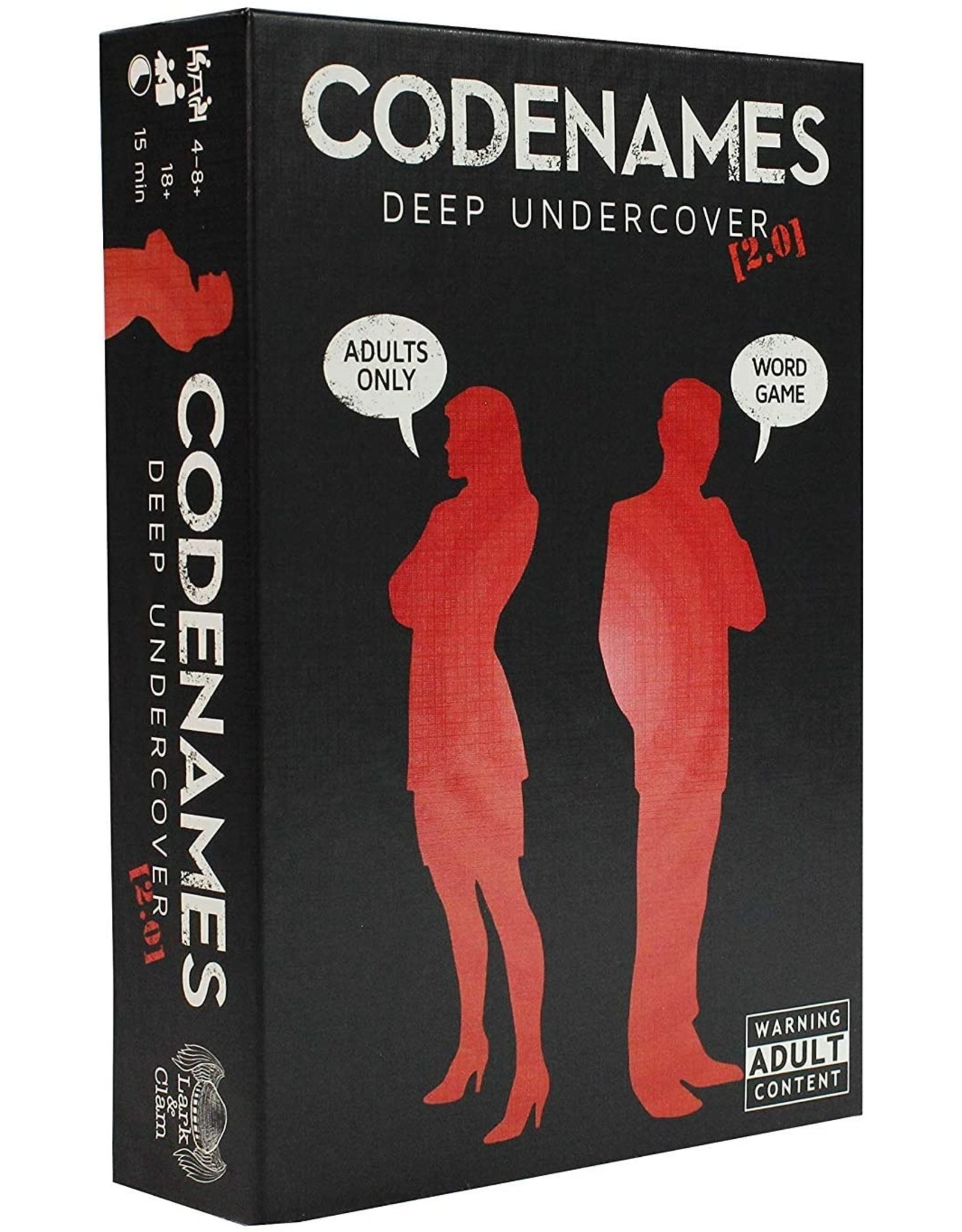 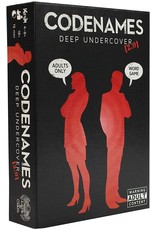 Two rival spymasters know the secret identities of 25 agents. Their teammates know the agents only by their CODENAMES. Codenames: Deep Undercover is an adults-only, mature version of Codenames using the same popular game mechanics, but introduces all-new words, packaging, “by-standers” and art. A new twist is added with the inclusion of blank cards, allowing players to introduce their own words to the game. In Codenames: Deep Undercover, two teams compete to see who can make contact with all of their agents first. Spymasters give one-word clues that can point to multiple words on the board. Their teammates try to guess words of the right color while avoiding those that belong to the opposing team. And everyone wants to avoid the assassin. Codenames: Deep Undercover can be played as a standalone game or combined with other Codenames titles.