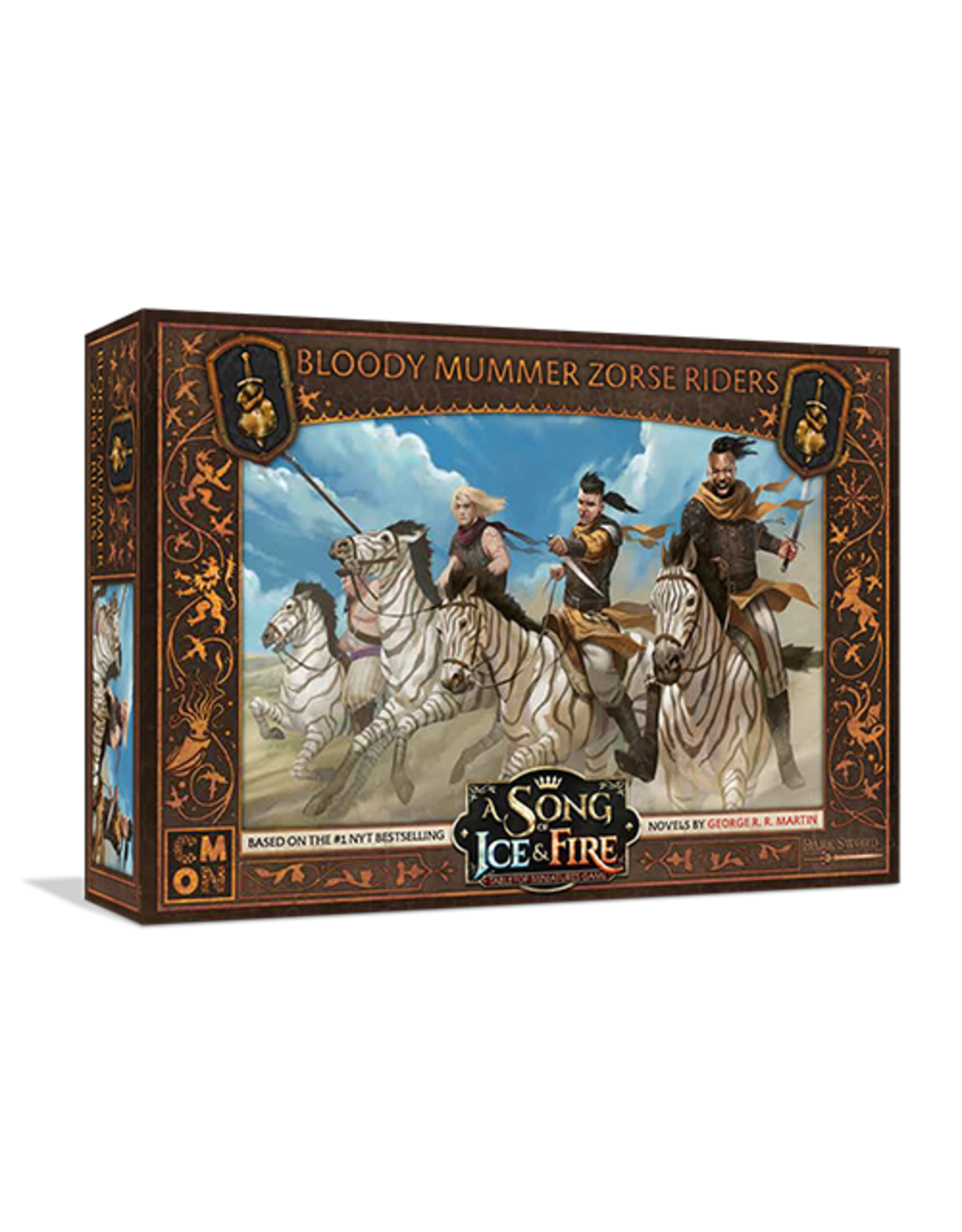 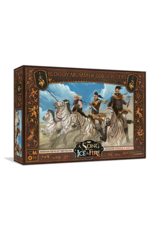 To stand out among all the different mercenary companies in Westeros, one must get creative. For the Bloody Mummers, they have decided that every aspect of their look must be as flamboyant as possible. That doesn’t just mean bright clothing for themselves, but even to the animals that they ride in combat. Not content with the various horse breeds, they have instead opted to ride zorses, a combination of a horse and a zebra.

The Bloody Mummers Zorse Riders unit box for the A Song of Ice and Fire: Tabletop Miniatures Game gives commanders a bright new cavalry unit to use in combat. Being a Neutral unit, they can be taken by most commanders. The Zorse Riders are masters at flanking maneuvers. When catching an enemy in the side or rear, they get several different bonuses, both offensively and defensively, potentially ruining an enemy’s plans before they even begin.