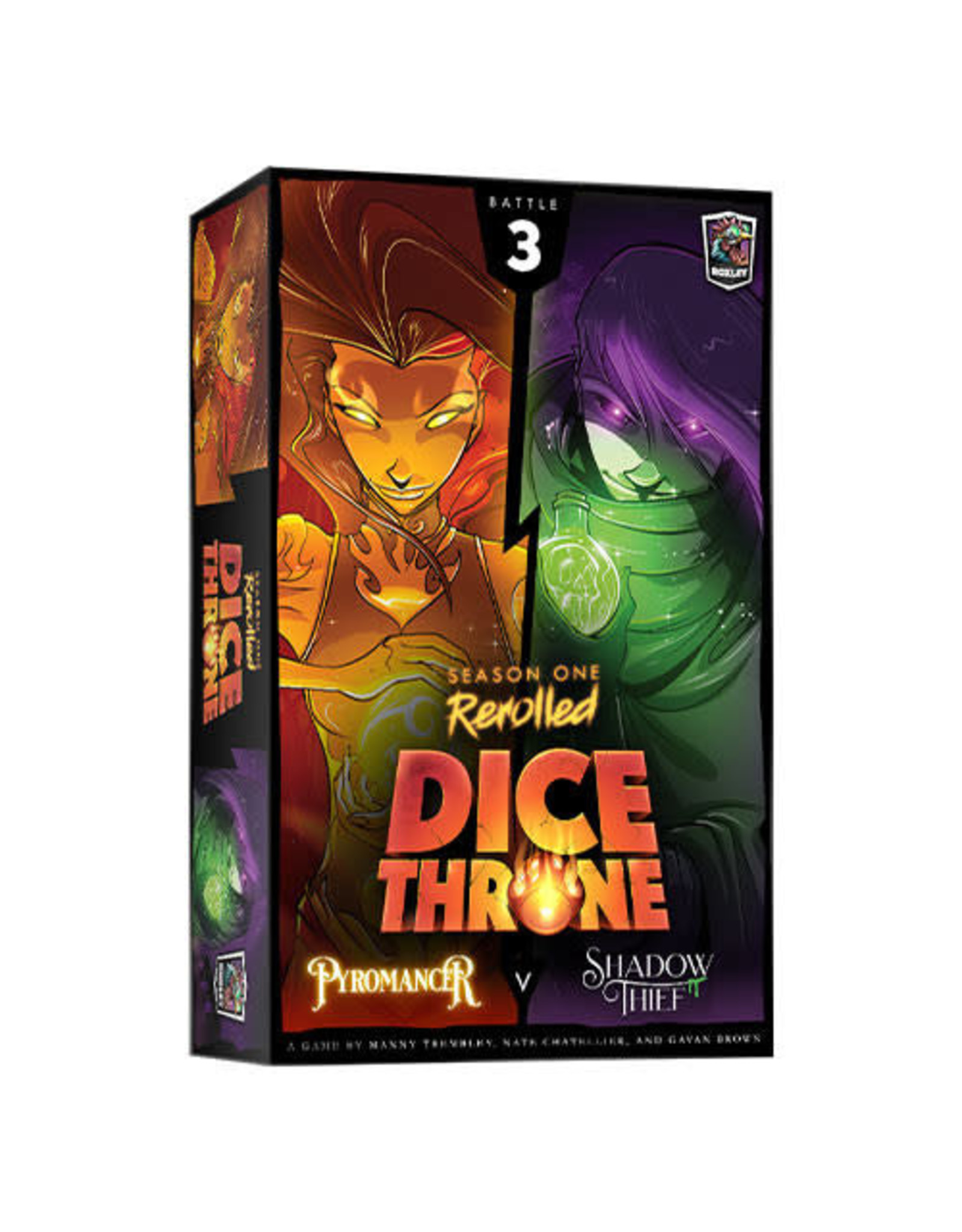 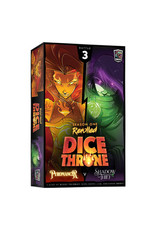 A heart pumping, fast playing game of skillful card play and dice manipulation that will have your game nights cheering!

1. Roll your hero's dice 3 times to activate abilities.
2. Upgrade abilities and play action cards to surprise your foe.
3. Defeat your opponents and take the throne!

The Pyromancer has only way to deal with her enemies: swift, hot destruction. Even her defense is offensive. She is a glass cannon who deals massive amounts of damage, turning her foes to ash.

The Shadow Thief doesn't like to end things quickly, much preferring the long con. Gaining CP, poisoning his foes, hiding and striking from the shadows - that is the way of the Shadow Thief, and if their complicated game plans are allowed to reach fruition, victims will find themselves in utter ruin.