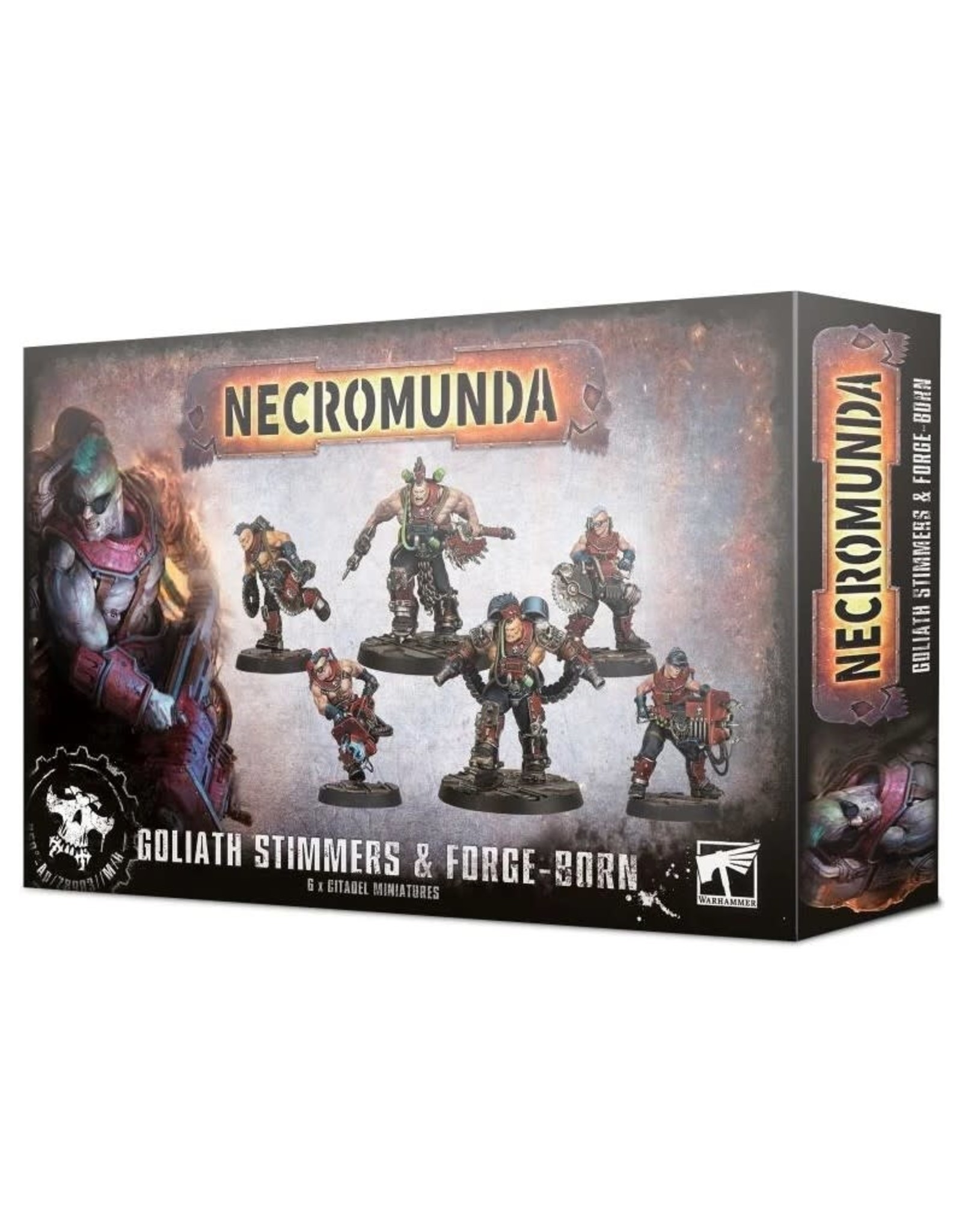 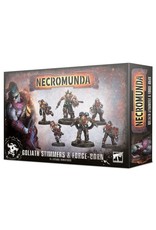 In House Goliath, Stimmers are established gangers. While seeking to achieve the peak of the Goliath's aspirational physical and musculature performance, they have become addicted to growth and combat stimms. Meanwhile, Forge-born, are gang prospects. They have not yet proven themselves to the Goliath, so they are not yet fully inducted into the Goliath Gang culture. As such, they often undertake the more dangerous tasks for the gang in an effort to prove themselves.

Expand your Goliath Gang with these six additional fighters. As with all members of the House of Chains, they excel in fighting up close and personal. Stimmers are those gang members who have eschewed the path of leadership and instead focus on the mastery of brutal violence, while Forge-born are the hot headed youths who will be the future of the gang.

Rules for using the Goliath Stimmers and Goliath Forge-born in games of Necromunda can be found in Necromunda: House of Chains.