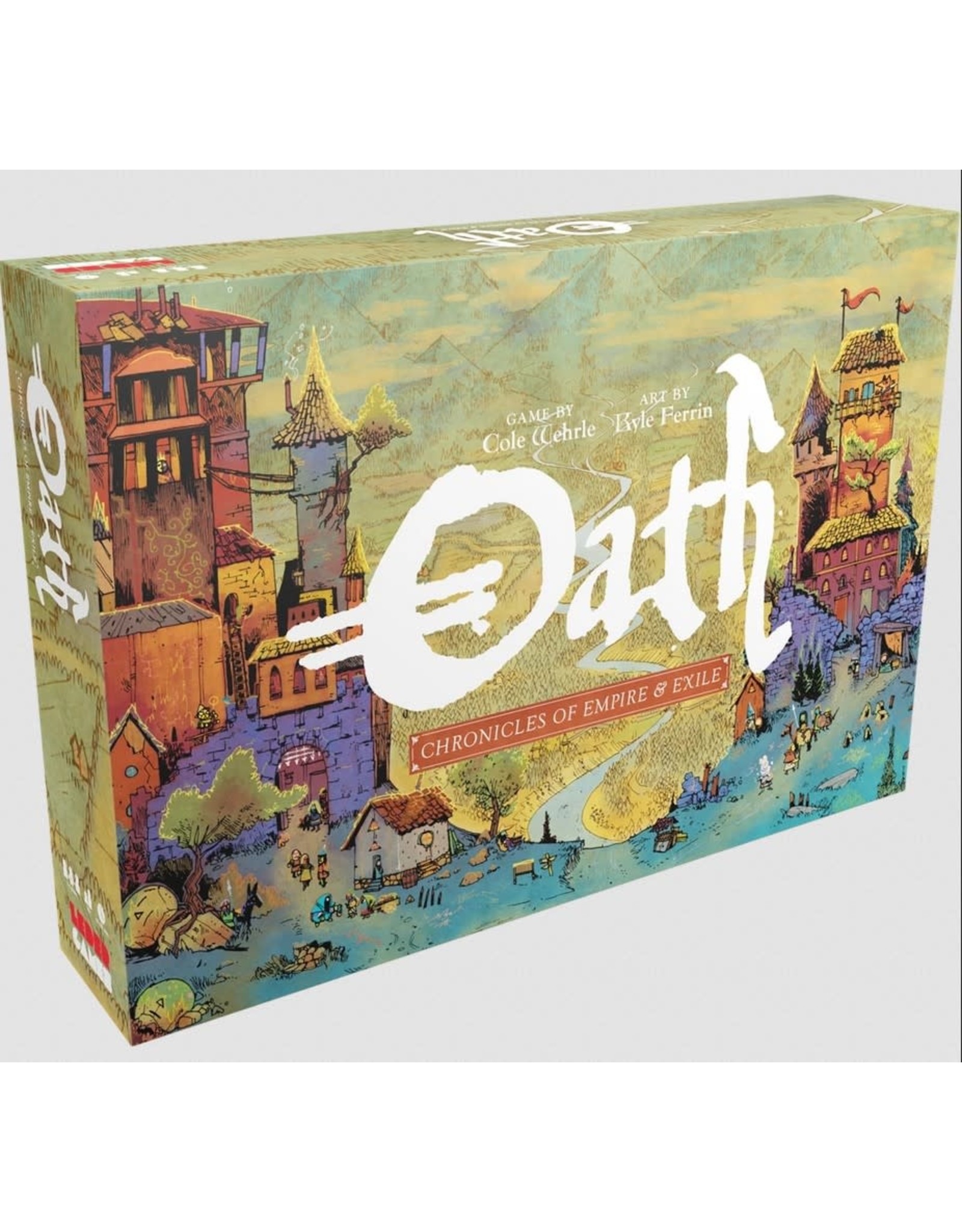 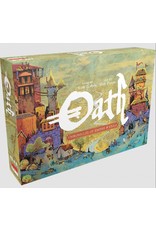 Oath: Chronicles of Empire and Exile  by leder games is a one to six player strategy board game where players will guide the course of history in an ancient land. They might attempt to bolster the power of the Chancellor or scheme to bring the kingdom to ruin. The consequences of one game will ripple through those that follow, changing what resources and actions future players may have at their disposal and even altering the game's core victory condition.

This edition does include the Deluxe Components and Chronicle Journal