One Deck Dungeon: Forest of Shadows 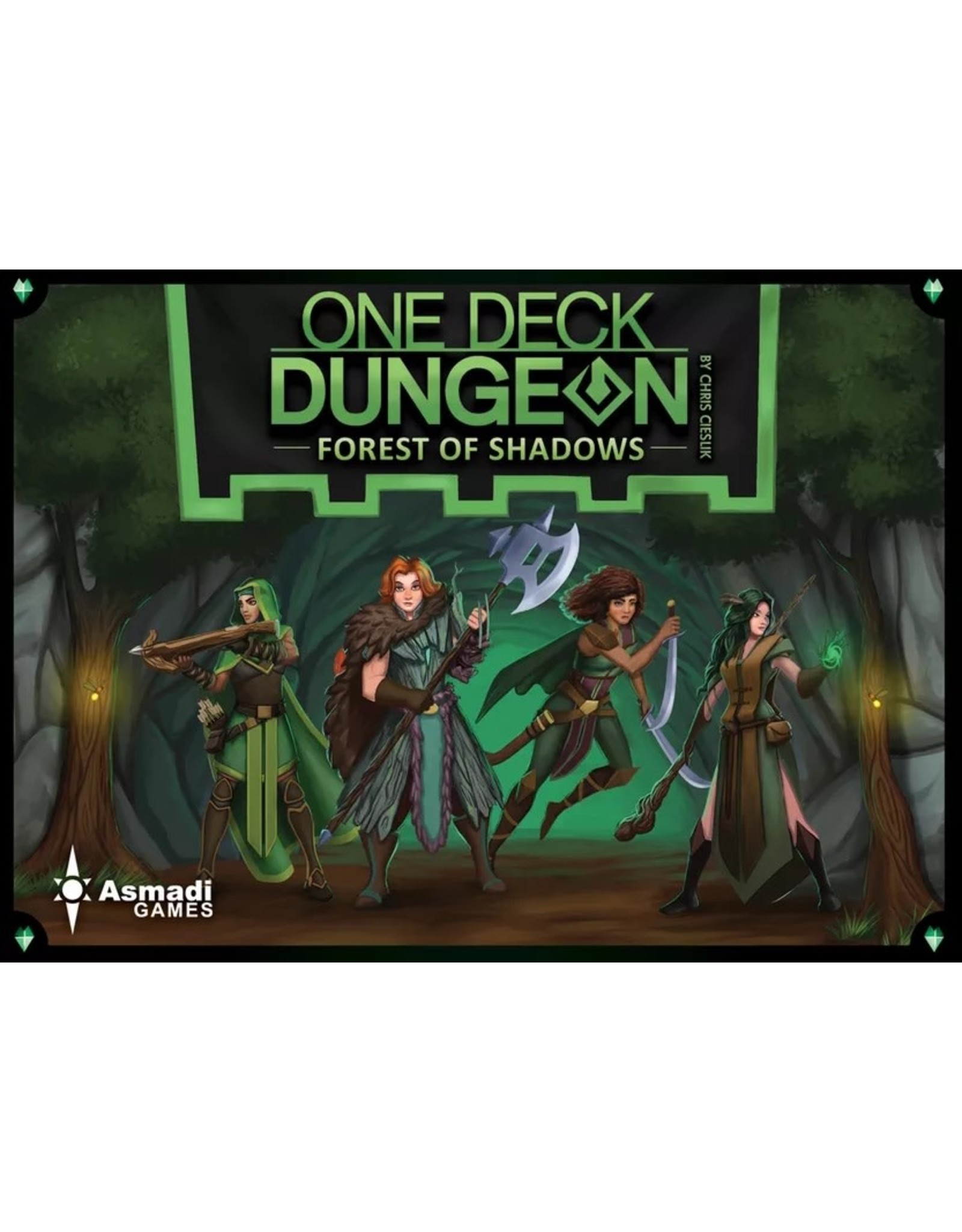 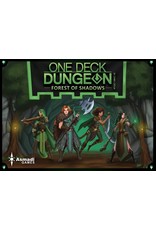 One Deck Dungeon is a card game "roguelike" — a dungeon delve that is different every time, difficult to survive, with a character you build up from scratch. The deck consists of various foes to combat and other perils from the dungeon. Each card depicts both the obstacle to overcome and the potential rewards for doing so. When you defeat a card, you claim it as either experience, an item, or a skill, tucking it under the appropriate side of your character card to show its benefits. The longer you take exploring the dungeon, the deeper you'll delve, and the difficulty will scale up quickly! If you make it far enough, you'll have to fight the dungeon boss. Survive, and you'll be a legend!

One Deck Dungeon: Forest of Shadows is a standalone expansion for One Deck Dungeon that contains new heroes, new dungeons, new perils, new foes, and new mechanisms: Poison and event Perils! It can be combined with the original game for a hybrid dungeon experience, with the heroes and dungeons being compatible with the original, or played on its own.