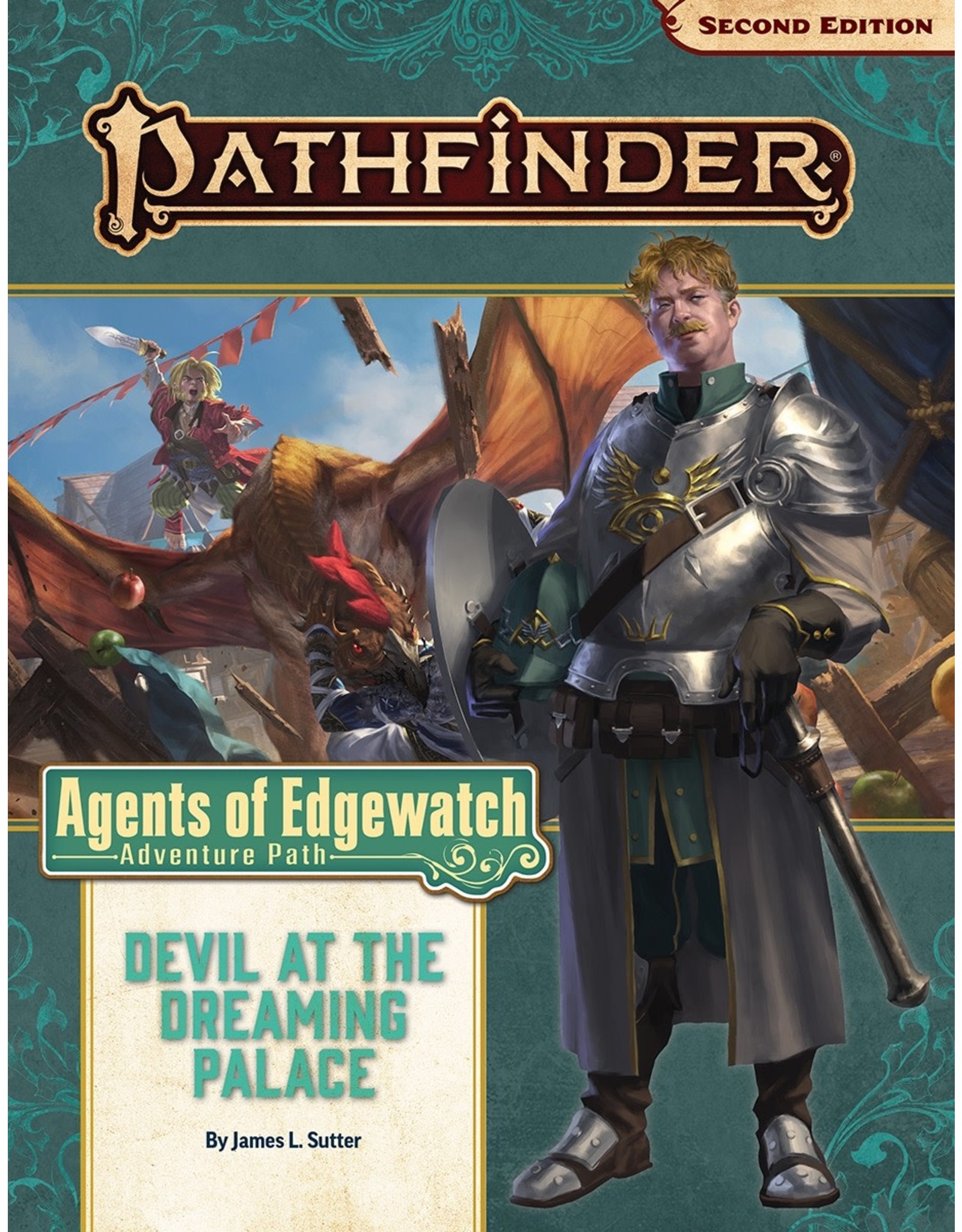 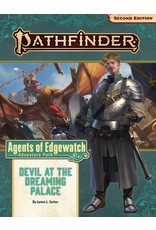 Get ready to shine your badge and report for duty—the Agents of Edgewatch Adventure Path begins! In this thrilling new Pathfinder campaign, players assume the role of fresh recruits of the Edgewatch, the newest division of Absalom's city watch. Tasked with fighting crime during this year's Radiant Festival—a grand centennial gathering of exhibitors and wonders from around the world that this year celebrates the grand reopening of Absalom's treacherous Precipice Quarter, long a ruined haven of monsters and criminals. Soon after taking on the new beat, the detectives learn that the fair has attracted not only cutpurses and vandals, but also poisoners, ransomers, and even a sadistic serial murderer, and it's up to the Agents of Edgewatch to crack the case and bring these villains to justice!

“Devil at the Dreaming Palace,” by fan-favorite author James L. Sutter, is a Pathfinder adventure for four 1st-level characters. The adventure kicks off the Agents of Edgewatch Adventure Path, in which the heroes join the city watch to solve a series of crimes across Absalom, the City of Lost Omens, before the crooks can pull off the ultimate heist! This volume also includes an in-depth gazetteer of Absalom's Radiant Festival, thematically appropriate new monsters, and new rules designed to support the Agents of Edgewatch campaign!