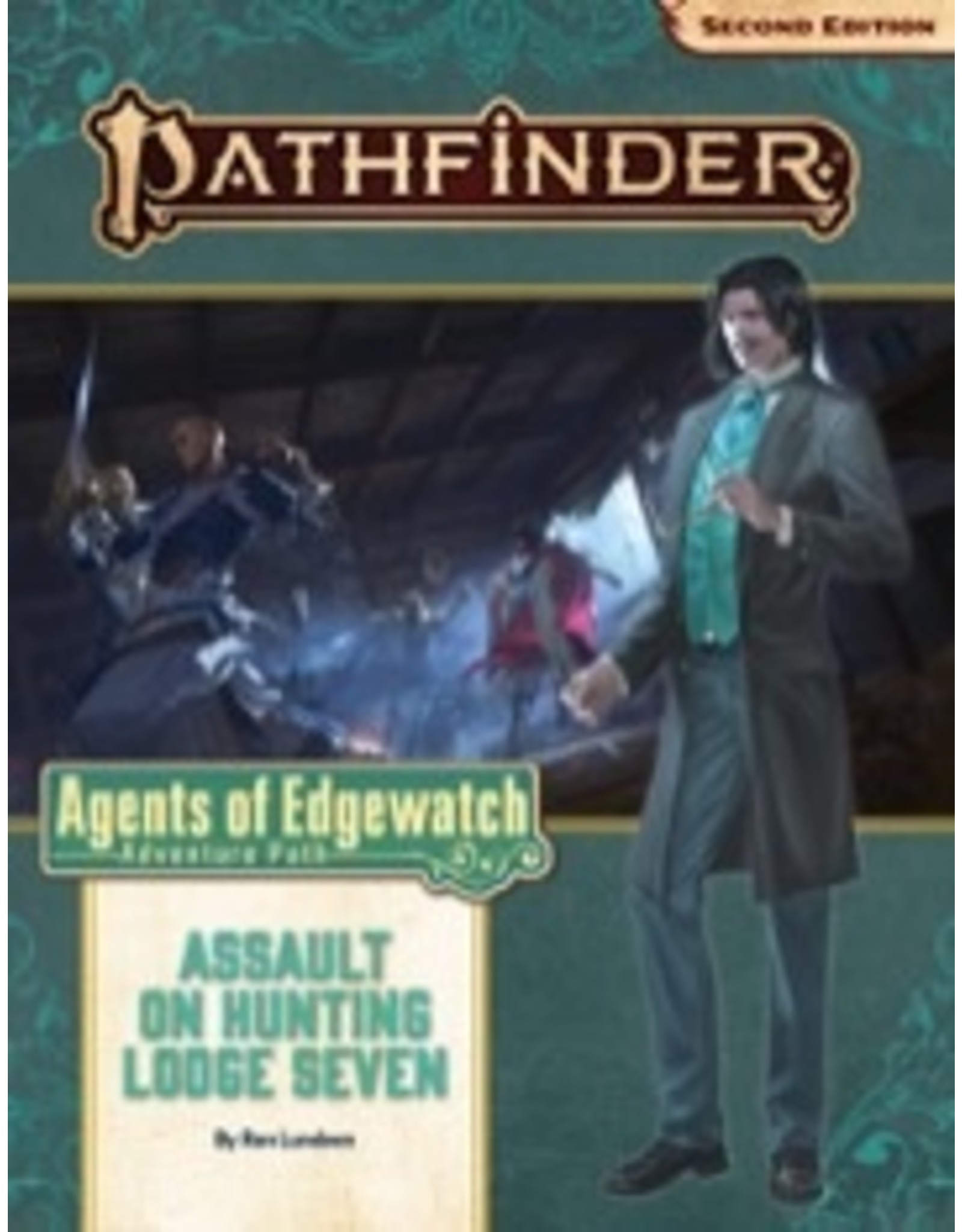 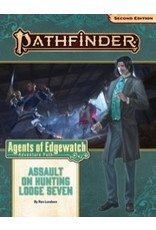 The Agents of Edgewatch Adventure Path continues! Armed with the identity of a powerful Norgorber cultist belonging to the so-called Twilight Four, the agents infiltrate a soiree of alchemists and poisoners in order to apprehend the sinister Infector in his underground hideout. But before they can get their high-ranking criminal back to headquarters, foul weather and bureaucratic obstructions force them to hole up in the abandoned Hunting Lodge Seven, where they must barricade themselves against mysterious assailants and assassins intent on getting at their prisoner. Can the heroes stave off the assault long enough to see the Infector put behind bars? And what occult mysteries will they uncover when they pursue their next lead, a foray into the haunted old amusement park called Harrowland?

“Assault on Hunting Lodge Seven” is a Pathfinder adventure for four 12th-level characters. This adventure continues the Agents of Edgewatch Adventure Path, a six-part monthly campaign in which players take on the role of city watchdogs and dole out justice to Absalom's most nefarious criminals. This volume also includes new rules and inspiring details about the legends of the mysterious Harrow, tales of some of the countless mortals aspiring to divinity via the Test of the Starstone, and a mob of new monsters and villains for urban fantasy campaigns.