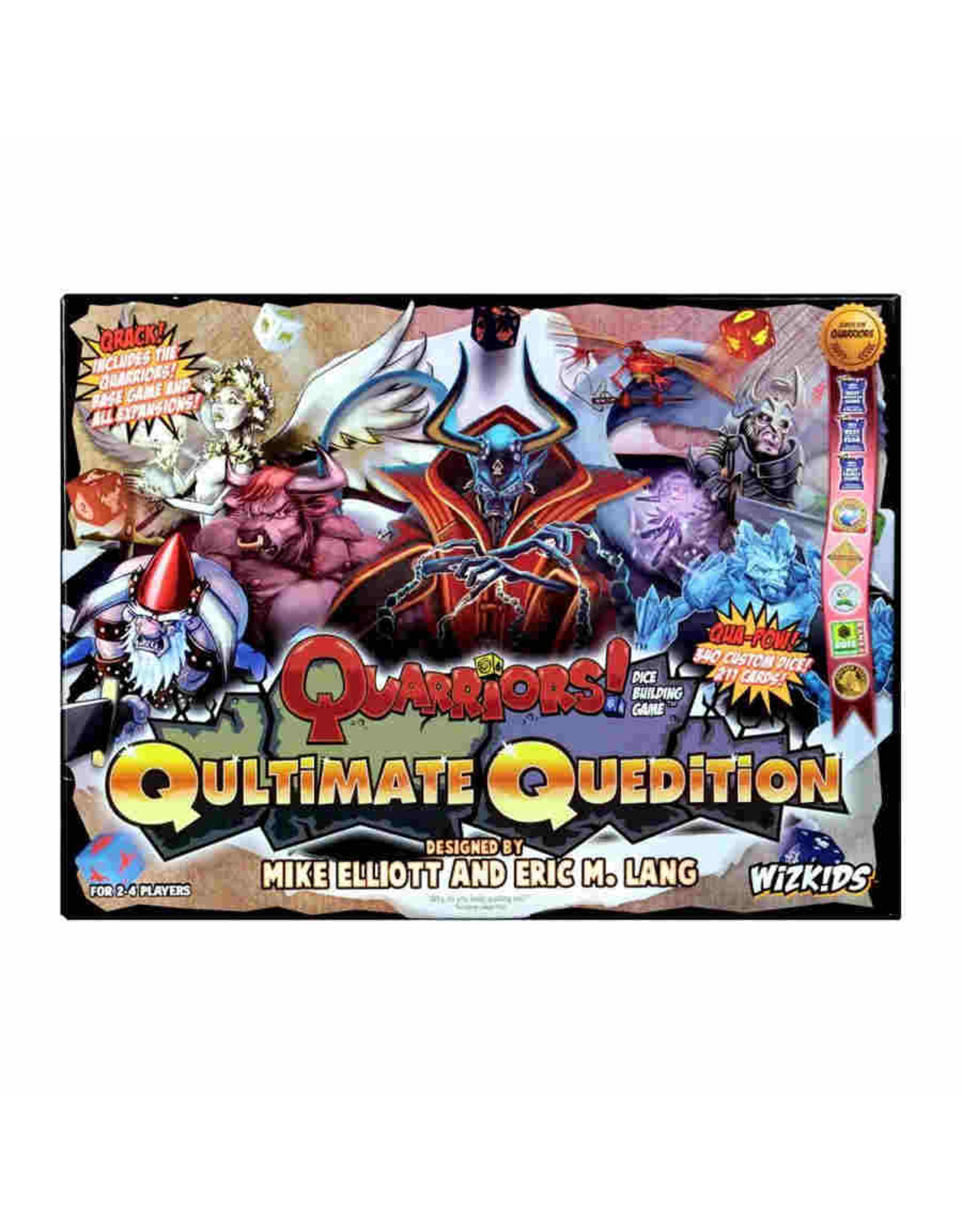 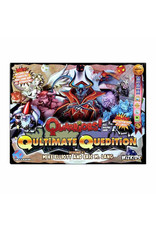 Quirktarious Qwellingston here again after a quopping 4 whole years with some fantastic Quarriors! news! Quarriors! Qultimate Quedition will be entering the market soon and will be qomprised of the Quarriors! Base Game, all expansions, and all promos (including the never-before-printed Ghost of X-Mas Past, Present, and Future!)

Quarriors! is (still!) a fast-paced game of hexahedron monster combat where you must strategically balance your options each turn to earn more glory than your opponent (and this Qultimate Quedition maximizes your options)! Will you play with the original game, or will you mix in the expansions for more quarrelsome quarry? Roll dice, summon creatures, capture Quarry, avoid the devastating corruption, go on quizzical quests, fight for the forces of light or dark, outmaneuver your opponents, become the champion of Quaridia, and gain the attention of Empress Quiana today with Quarriors! Qultimate Quedition!