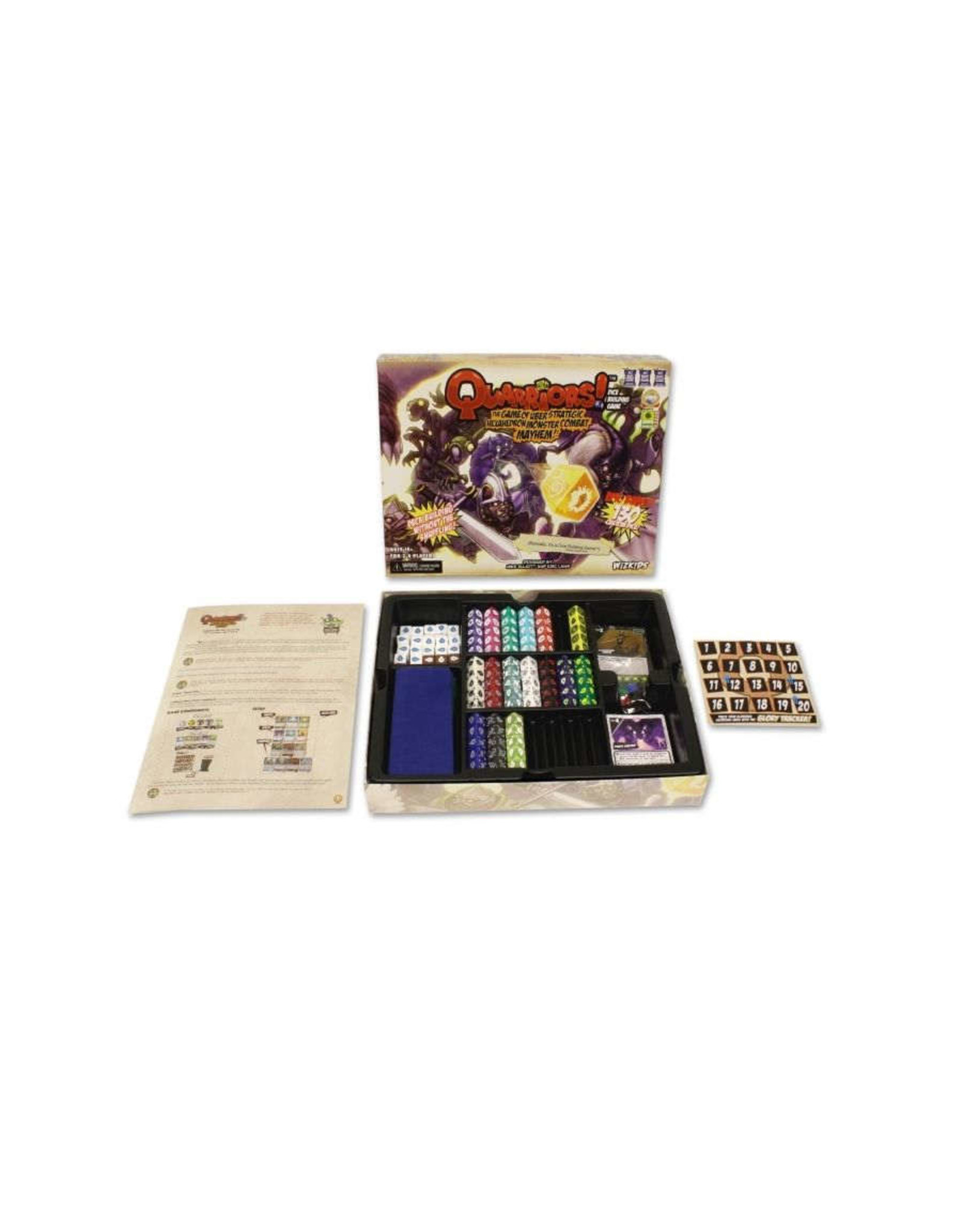 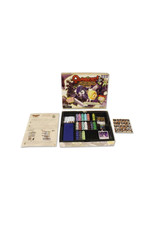 Quarriors! uses revolutionary dice building to help you gather the skills and abilities to overtake your enemies and collect their treasures. Quarriors! puts players in the role of a mighty mystical Quarriors! with the power to capture dangerous Quarry from the untamed wilds. Players will send their creatures and cast their spells to destroy their opponents’ forces while outmaneuvering their enemies. Acquire Quarry of unimaginable power and defeat the rival monsters while safeguarding your creatures to gain the most glory and be declared the Champion of Empress Quiana! Contents:
• 130 Custom Dice
• 53 Cards
• Advanced and Expert Rules
• Tray that holds all Dice for easy access