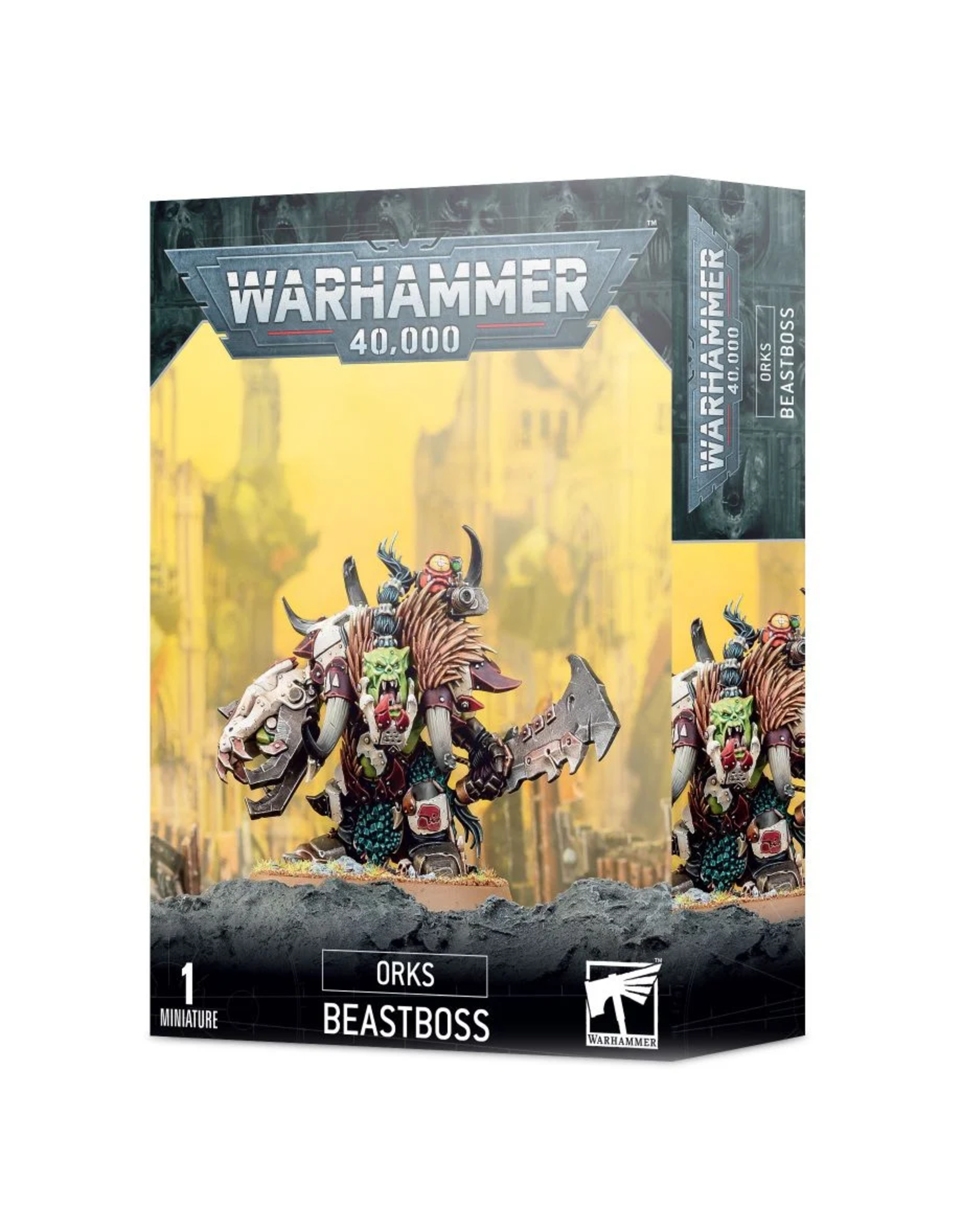 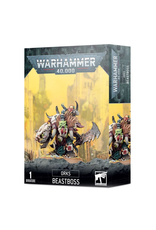 The Beastboss is the overall leader of a Beast Snaggas mob, leading from the front and crushing the choicest prey between the serrated teeth of his Beastclaw. As the foremost authority within the warband, it's his job to interpret the visions of the Wurrboyz and direct the mob towards its next hunt.

Thanks to the uncountable scars and bionic replacements earned over a long life wrangling the most vicious monsters in the galaxy, Beastbosses are hardy individuals able to withstand extreme punishment while cutting their way through enemy lines. The natural authority they have over their fellow Beast Snaggas drives the mob onwards into combat and ignites its fury once prey comes within choppa reach.

This kit comprises 22 plastic components with which you can assemble one Ork Beastboss, and is supplied with 1x Citadel 50mm Round Base. This miniature is supplied unpainted and requires assembly.