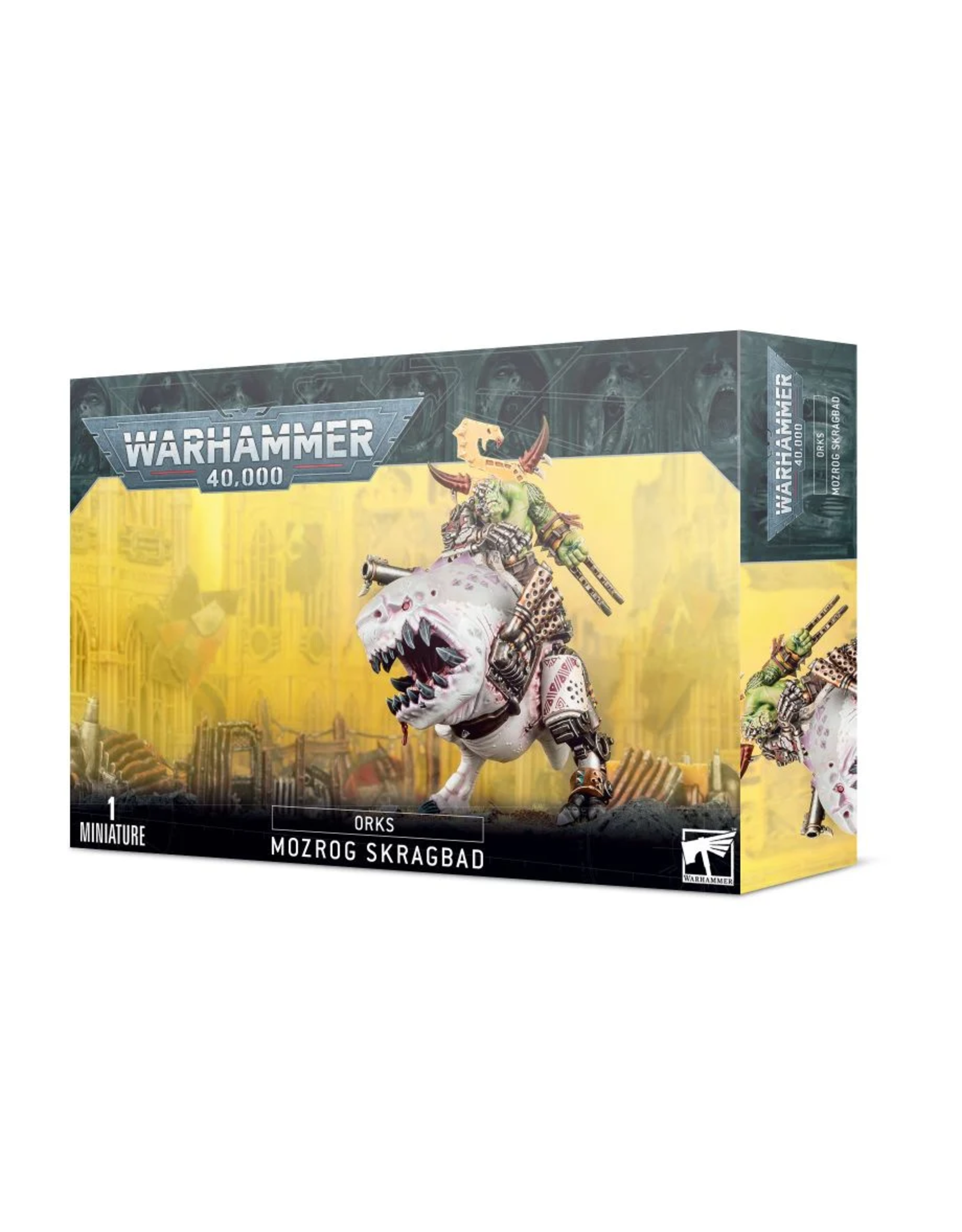 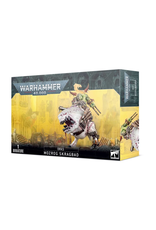 There are few Orks alive who are tougher or more belligerent than Mozrog Skragbad. A beast hunter of infamy, Mozrog once spent many days in self-imposed exile, hunting the most dangerous beasts he could find. One such monster nearly got the better of him, eating him alive, but Mozrog is nothing if not pugnacious – clawing his way out, he returned to his tribe to be patched up with all manner of bionic bits. In battle, he rides the unmissable pale-skinned squigosaur, Big Chompa – the only living creature as cantankerous as Mozrog himself.

Should your Waaagh! need a Warboss as powerful as a living deff rokkit, Mozrog and his mount Big Chompa are the perfect pair to add to your army. Between Mozrog’s bionics and Big Chompa’s unstoppable jaws, no foe can escape unharmed. Years of arduous hunting and a stubborn attitude have also rendered Mozrog nearly impervious to damage, shrugging off wounds that would lay low even most savage Beast Snagga Orks.

This multipart plastic kit is comprised of 43 components with which you can build the Beast Snagga Orks Character Mozrog Skragbad and his squigosaur, Big Chompa. Alternatively, this kit can be assembled as a Beastboss on Squigosaur. It comes supplied with one 80mm Citadel Round base. This miniature is supplied unpainted and requires assembly.