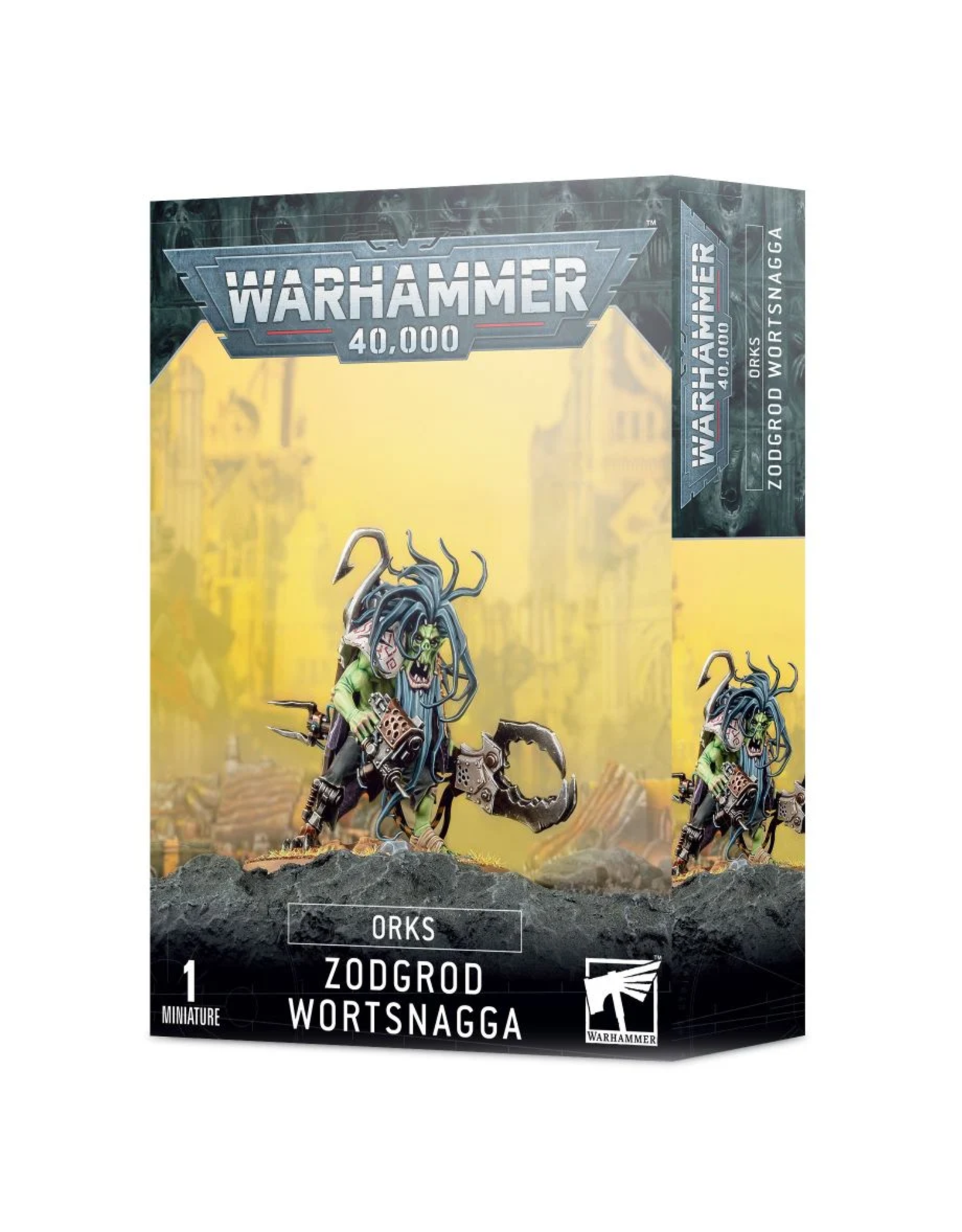 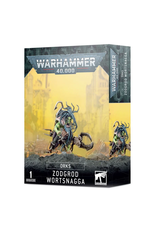 With his Grabzappa crackling, Zodgrod herds his notorious super runts into battle. This irascible loon is never happier than when wrangling especially large and rowdy foes, usually by peppering them with needles from his Squigstoppa Numba 5, then burying them in a rampaging horde of diminutive little monsters.

Lead your Orks into battle with the legendary Runtherd, Zodgrod Wortsnagga. Not only is he a great force multiplier for your Gretchin, but he can help to put enemy Monsters in their place, and he wears an incredibly fashionable hair squig to boot. As with all Beast Snaggas, he's a handful in close combat, and his special grabba will surprise more than a few enemies.

This 12-piece plastic kit makes one Zodgrod Wortsnagga and is supplied with a 50mm Citadel round base.