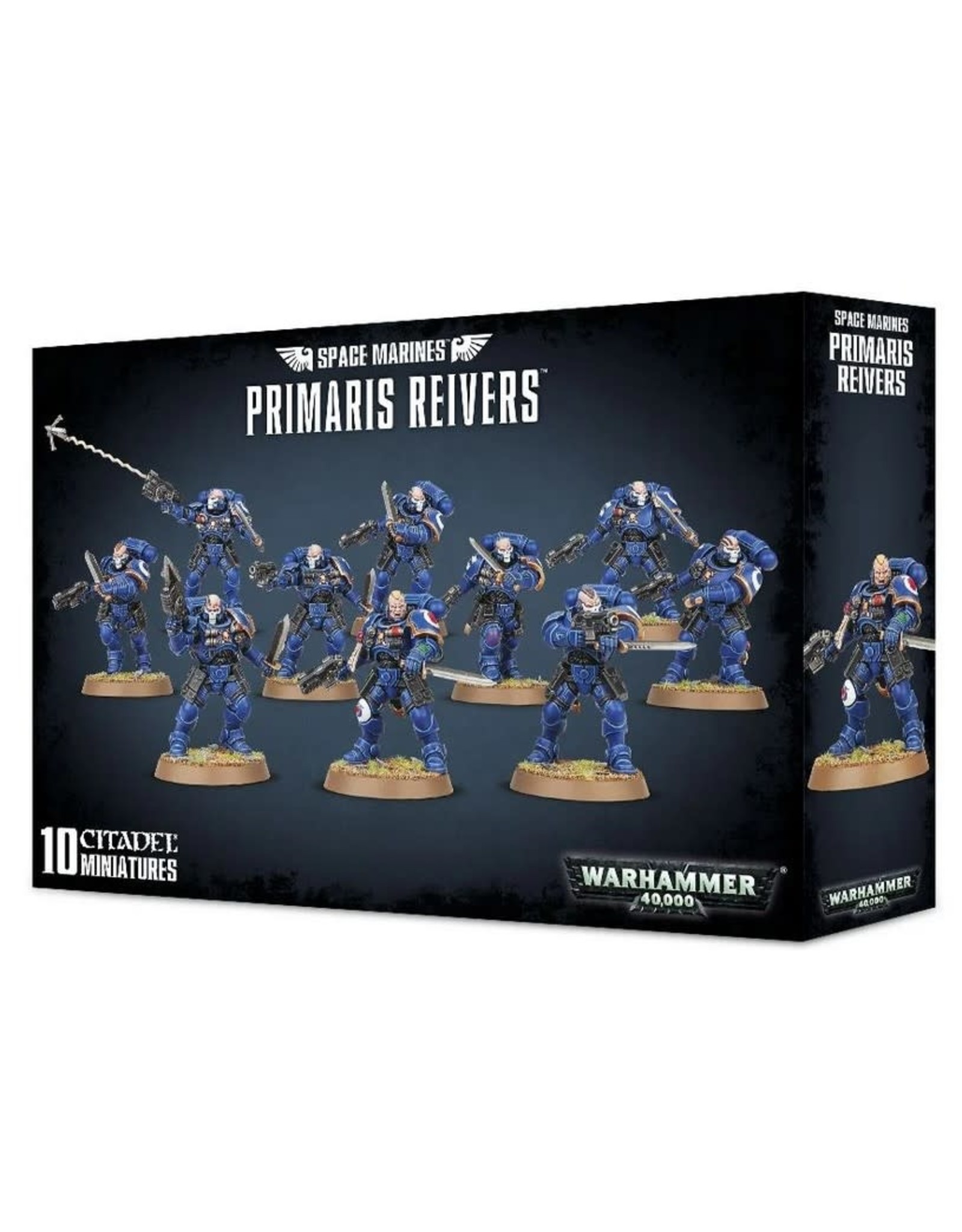 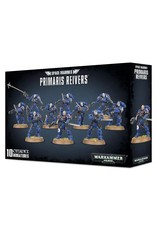 All Space Marines are experts of the rapid strike, but Reivers take these skills to the next level. They are specially trained and equipped to launch brutally effective and unexpected assaults. They do this with a sudden fury and shocking violence, for the Reivers fulfil the role of terror troops that sow fear and confusion amongst their foes.

This multi-part plastic kit contains the components necessary to assemble a 10-man Primaris Reiver Squad. Clad in sleek yet brutally functional Mk X power armour, they feature a great deal of practical details – they each carry a great deal of extra ammunition and equipment pouches, as well as grenade harnesses and blade sheaths.

The models can be assembled as either a 10-man squad, a squad of 9 Reivers with a Sergeant or 2 separate 5-man squads, each with a Sergeant of their own. Each has an impressive selection of weapon options; 10 heavy bolt pistols, 12 bolt carbines and 14 combat knives are included, with the loadout options being carbine, pistol and carbine or pistol and combat knife. 2 of the sets of arms for combat knives feature a communications array on the vambrace, designed for the Sergeants. The bolt carbines each feature foregrips and curved mags for that tactical look, and 2 of them are modelled in the middle of reloading. Each model can also take a grapnel launcher – 10 are included in holsters, with a further 4 to be held in the right hand.

Each model can also feature grav-chutes – 20 fins are included, 10 for each side of the Reivers’ backpacks. They have plenty of helmet options, too – 10 helmets featuring their unique skull design, 10 with the top removed and the lower half remaining and 4 Sergeant-specific bare heads. Each chest plate is decorated with a skull and crossed dagger motif.

The Primaris Reivers come as 228 components, and are supplied with 10 Citadel 32mm Round bases and a transfer sheet.