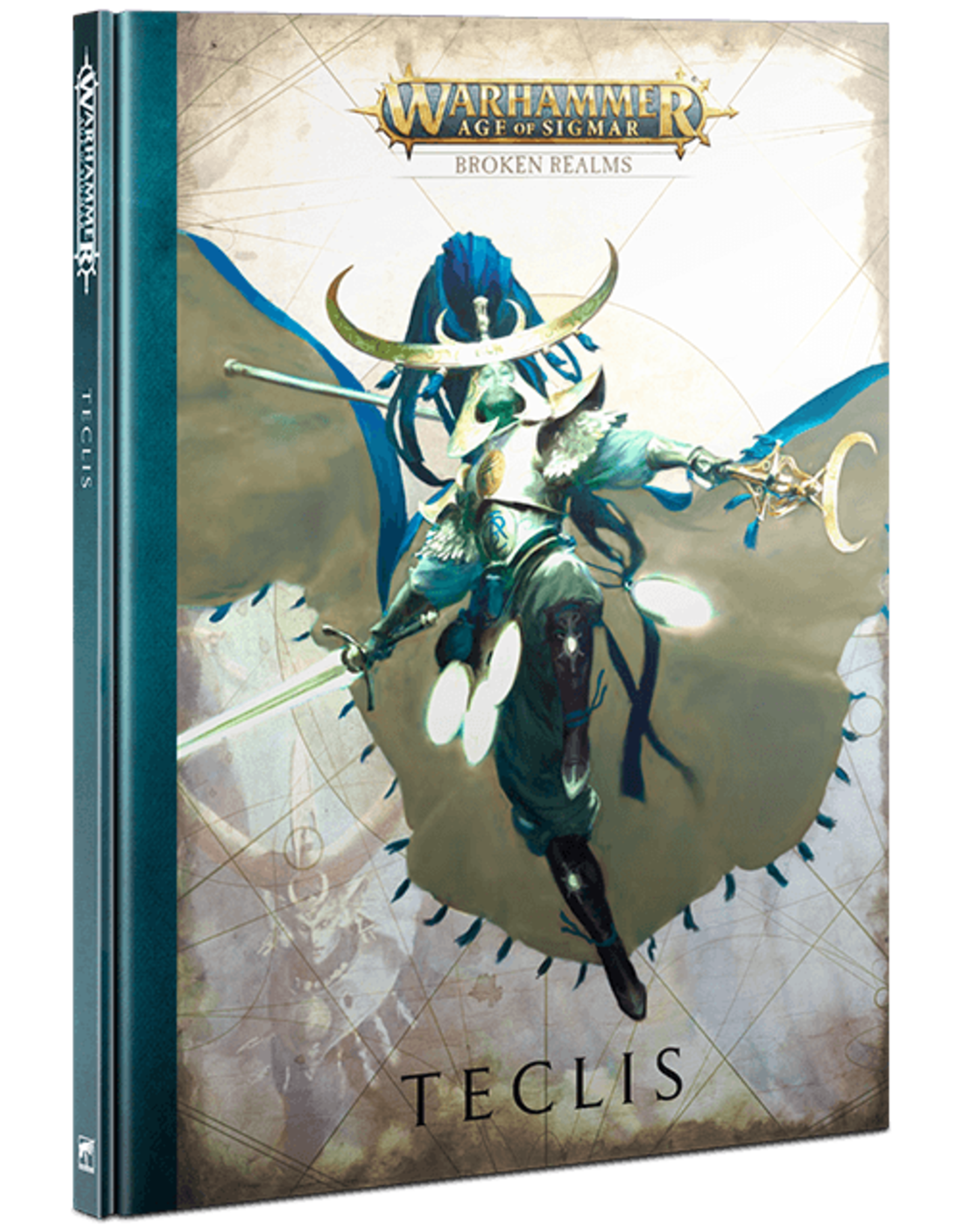 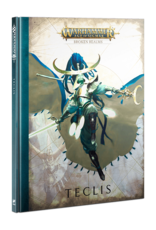 Archmage Teclis leads his Lumineth hosts against the Great Necromancer in a battle to save the realms. Nagash has brought a ghastly era of hauntings upon the Mortal Realms, for the power of death is on the ascendant. Only now, when the hour is darkest, does the light of the Lumineth shine forth. Teclis, aelven god of magic, leaves his beloved dominion of Hysh to make war upon the Ossiarch Empire – but in doing so triggers a counter-attack that may see his sovereign lands destroyed. Who will win this ultimate duel of arcane might?

The next engrossing instalment in the Broken Realms saga moves from Morathi to Archmage Teclis and his Lumineth Realm-lords as they launch a risky venture against the Great Necromancer. The unravelling story will have massive consequences for several factions including the Lumineth Realm-lords, Maggotkin of Nurgle, and forces of Death – once again shifting the balance of power in the Mortal Realms. You’ll find fresh ways to play your games of Warhammer Age of Sigmar, alongside rules for new units, warscroll battalions, and more.

Inside this 152-page hardback book, you’ll find:
-The thrilling tale of the Lumineth Realm-lords’ perilous campaign against the entrenched legions of Death – illustrated with stunning new art.
- New rules for the Lumineth Realm-lords, including a bevy of units from the Hurakan Temple. This book includes the full set of rules and background for every newly-released unit, so can be used alongside the first edition of Battletome: Lumineth Realm-lords.
- Allegiance abilities for the Cities of Sigmar and Lumineth Realm-lords, representing Xintil, a Free City in Hysh, as well as the Great Nations of Alumnia and Helon.
- Rules for Streets of Death – battles in the tight confines of cities across the Mortal Realms.
- Six battleplans and Realms of Battle rules to help you recreate the events and locations from the story.
- A suite of warscroll battalions and rules to enhance your Cities of Sigmar, Maggotkin of Nurgle, Lumineth Realm-lords, Flesh-eater Courts, and Ossiarch Bonereapers.

Important Note:
If you already own a copy of the original Lumineth Realm-lords battletome, Broken Realms: Teclis gives you everything you need to fully update your Lumineth Realm-lords army, in addition to the groundbreaking new lore and artwork. The updated Battletome: Lumineth Realm-lords simply includes the Lumineth content from this book, which makes it a handy compilation if you prefer to keep it all together.