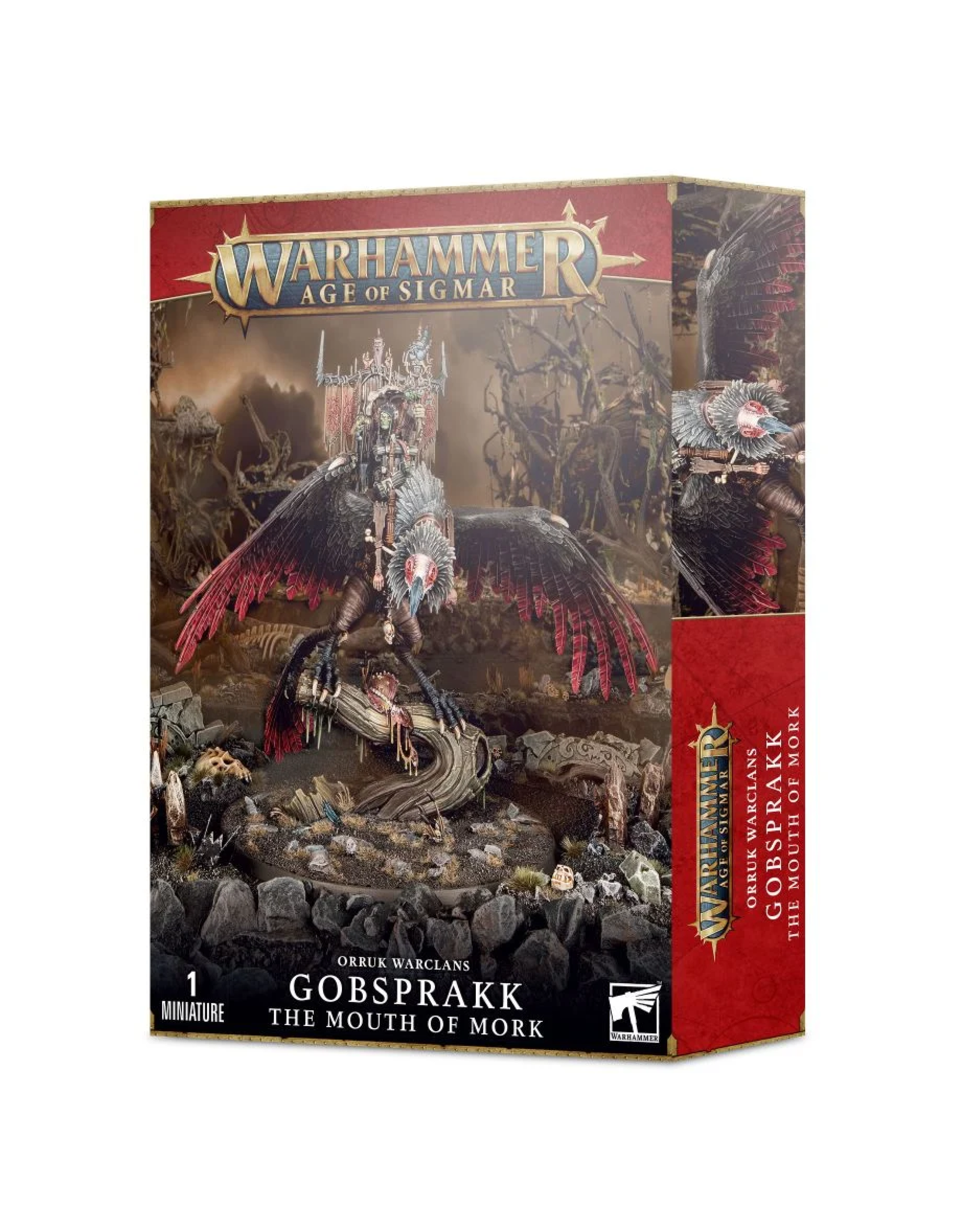 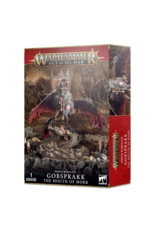 The mightiest and most kunnin’ of all the Swampcalla Shamans, Gobsprakk is known as the Mouth of Mork, for the words he speaks are said to come straight from the Twin-Headed God himself. An extremely potent wielder of magic, Gobsprakk also has the gift of the gab, able to command a Waaagh! with unparalleled skill. His impressive orky charisma has even made an ally of Kragnos, the End of Empires, giving him a direct line two two gods of Destruction.

In battle, Gobsprakk takes to the skies on his Corpse-rippa Vulcha, the blood-stained Killabeak. From this lofty perch, he is able to bellow commands to the orruks he commands whilst hurling hexes and incantations that hinder and harm his foes.

This plastic kit is comprised of 75 pieces, with which you can build Gobsprakk, The Mouth of Mork and his onerous steed, Killabeak, and it comes supplied with one 130mm Citadel Round base. Alternatively, this kit can be built as a Killaboss on Corpse-rippa Vulcha. This miniature is supplied unpainted and requires assembly