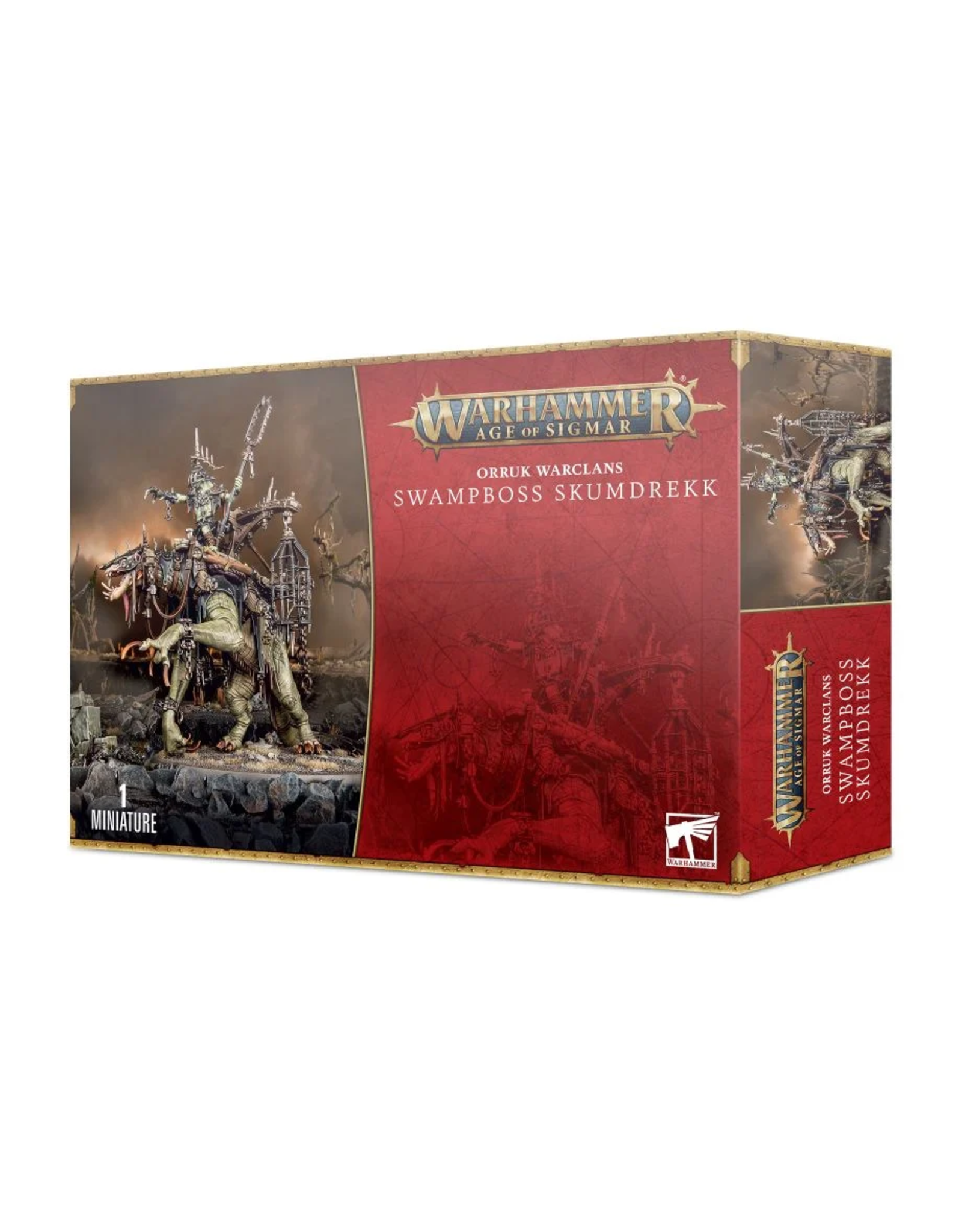 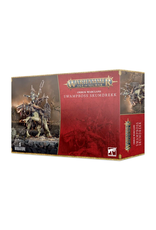 Of all the Snatchabosses, Skumdrekk is the vilest and most kunnin'. As such, he has become a sort of celebrity to the Kruleboyz of Ghur. Owner of the Murkvast Menagerie – a huge, drained mangrove swamp that acts as prison for scores of vicious and unusual beasts – Swampboss Skumdrekk is a living legend. He rides into battle on his most prized conquest, Sloppklaw, the unusually fierce sludgeraker beast he turned to his will as a younger orruk.

Skumdrekk and Sloppklaw are embodiments of kunnin' in battle. They spring out of concealment in skirmishes, abducting poor souls left and right and slaughtering those who resist with a combined flurry of attacks from snatcha-stikk, venom-encrusted claws, and swamp-rotted jaws. A potent force on the battlefield and a consummate Kruleboyz commander, Skumdrekk also has a reputation for gambling, and is frequently accompanied into combat by his Kountin' Krew – a gang of Hobgrotz who gleefully take bets on which of their allies will be the first to fall.

This kit is comprised of 66 plastic components, with which you can assemble one Swampboss Skumdrekk, and is supplied with a Large Oval Base. This model can alternatively be assembled as a Snatchaboss on Sludgeraker Beast. This miniature is supplied unpainted and requires assembly