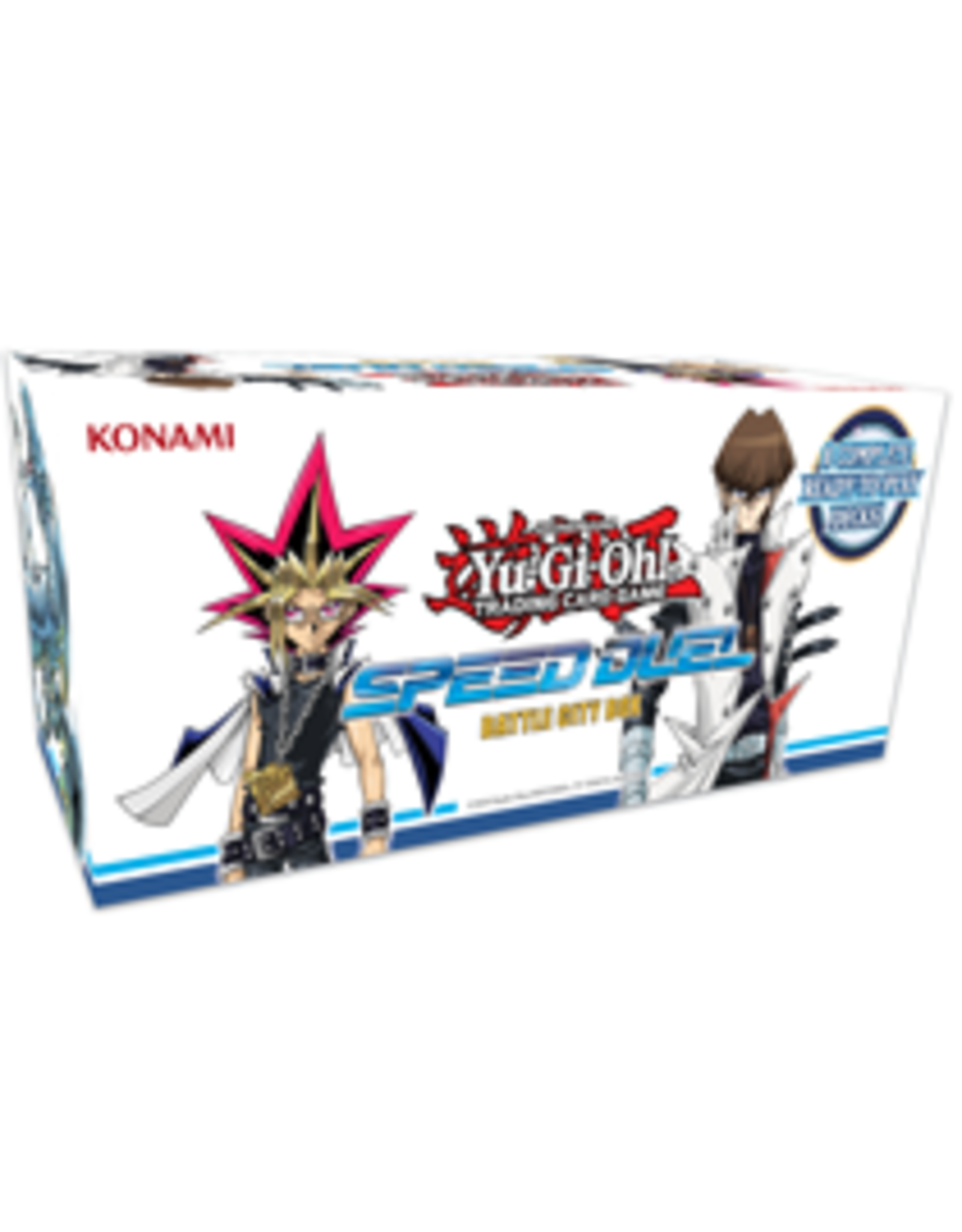 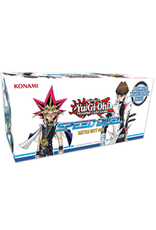 Designed to allow up to 8 players to jump into their own dynamic tournament experience, the Speed Duel: Battle City Box includes a static pool of 200 cards to construct various popular strategies from, 193 of which are brand new to Speed Dueling! Whether you prefer to keep the strategies together, or draft the card pool between your friends, you decide how you want to play!

The coveted Egyptian God Cards finally descend upon Speed Duel! Devastate with Obelisk the Tormentor, overwhelm with Slifer the Sky Dragon, or rule with The Winged Dragon of Ra! Other iconic cards have also been introduced, including powerhouses like Jinzo, Dark Paladin, and XYZ-Dragon Cannon.

With Skill Cards for many legendary Duelists from the anime, you can Duel as some of your favorite characters. Harness Yami Yugi's bold tactics, Kaiba's calculated power, or experience the darker side with the villainous Espa Roba, Odion Ishitar, Arkana, and more!

Kaiba hosted the Battle City tournament to claim the legendary Egyptian God Cards as his own, so it would only be fitting for you to Duel for exclusive prizes of your own too. To top off theSpeed Duel: Battle City Box, a special prize pack will be included with 8 Secret Rares from a pool of 24 cards. Channel your inner Rare Hunter and upgrade some of the most iconic cards in Dueling history, along with other fan favorites, to the highest Speed Duel rarity ever released! You can distribute them as prizing in your own tournament, give one to each of the participants, or just keep them all for yourself!