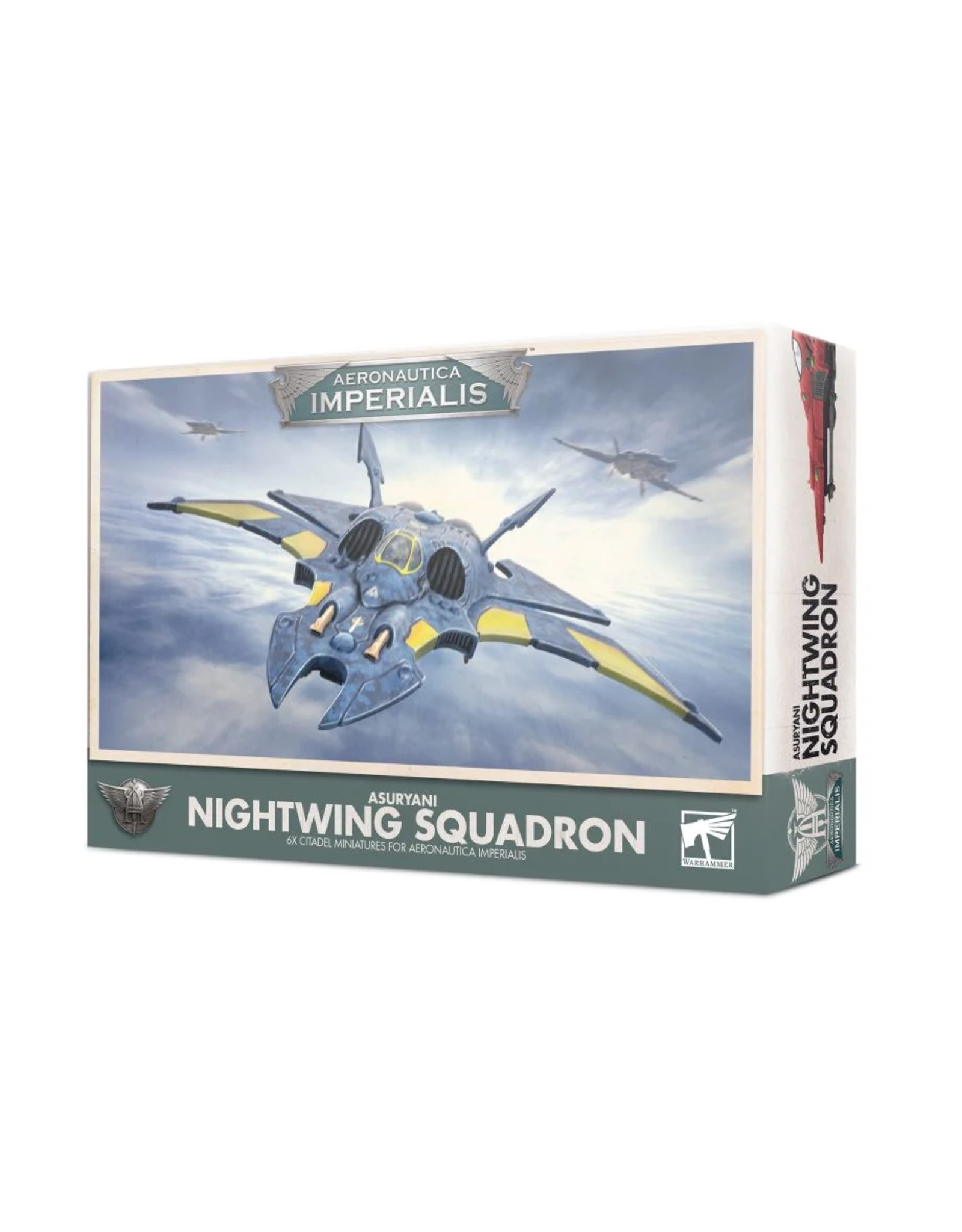 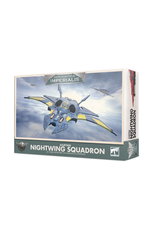 The primary aircraft employed by the enigmatic xenos known as Craftworld Aeldari, Nightwing fighters possesses a level of speed and manoeuvrability that appears preternatural. In battle, squadrons of Nightwings weave around enemy aircraft, tearing their foe apart with bursts of fire from shuriken cannons and bright lances.

The Asuryani air fleet is full of intensely fast, hard-hitting yet fragile aircraft. Nightwings are all of these, with the speed and maneuverability to stay out of the line of fire and set up an ideal tailing position before unleashing devastating firepower. At close range, their shuriken cannon makes quick work of most targets, while additional weapons tailor them to a variety of roles. Twin bright lances extend their effective range, twin scatter lasers add even more short-range shredding punch, twin missile launchers allow them to punish ground assets, and twin starcannons are ideal for picking off targets of opportunity or finishing off damaged aircraft. With six of these sleek fighters in the box, you can prepare for any opponent.

- 6 plastic Asuryani Nightwing miniatures
- 6 twin bright lances, 6 twin scatter lasers, 6 twin missile launchers, and 6 twin starcannons
- 6 Aeronautica Imperialis bases (each of which designates the model’s front, rear and side arcs, speed, and altitude dials, as well as a clear stand to connect the aircraft to the base)
- 1 Asuryani Squadron transfer sheet

The rules for using these miniatures in games of Aeronautica Imperialis can be found in the Wrath of Angels boxed game. These miniatures are supplied unpainted and require assembly