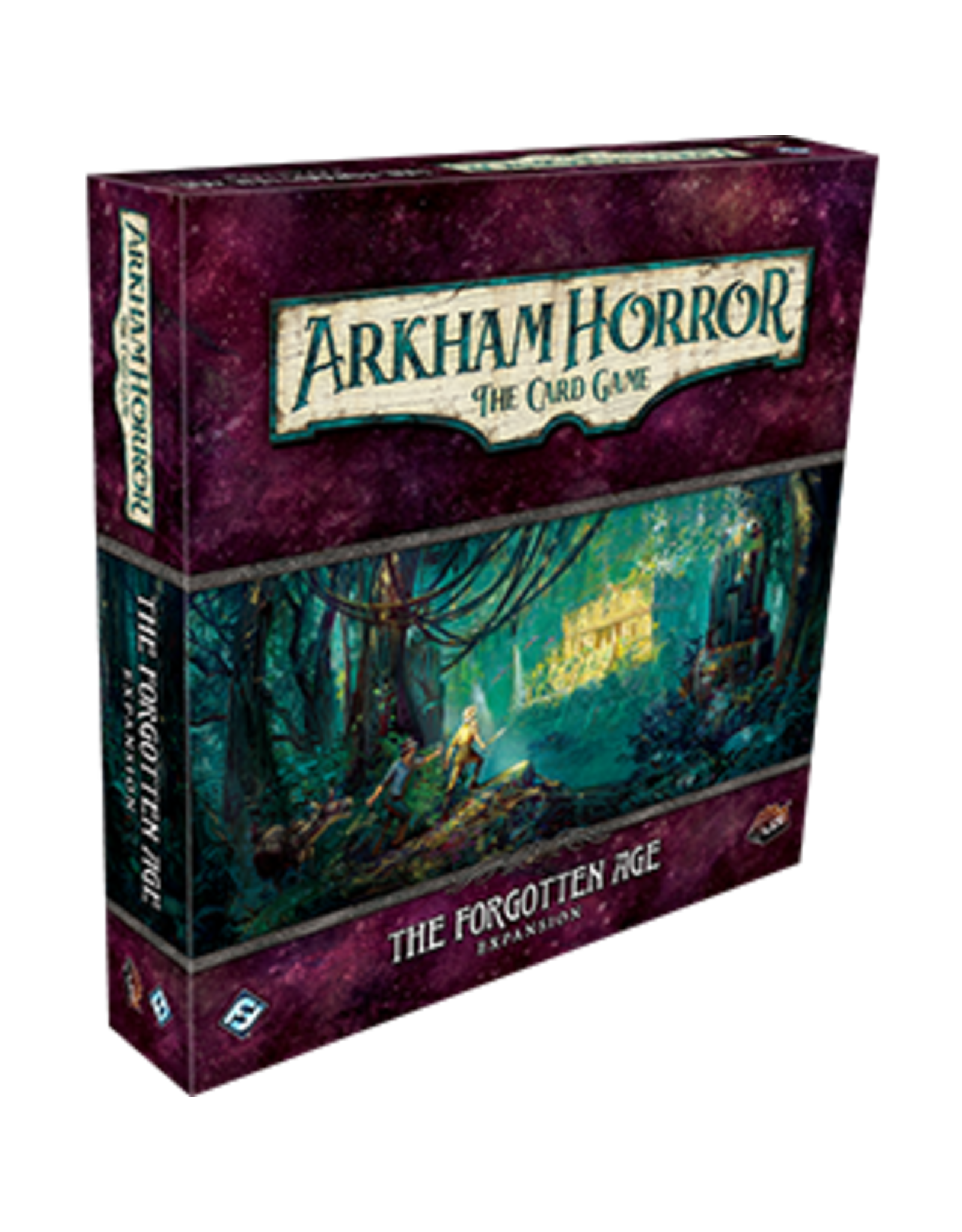 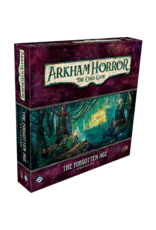 “Once more I ventured within those brooding ruins that swelled beneath the sand…”  –H.P. Lovecraft, “The Nameless City”

We think we know the history of the Earth, but there are secrets that lie beyond our reckoning and truths that could undo our entire understanding of the universe. When renowned historian Alejandro Vela discovers one of these secrets, the ruins of an ancient and forgotten Aztec city, it sets into motion a plot that could unravel the very fabric of time.

The Forgotten Age is the third deluxe expansion for Arkham Horror: The Card Game. Here, your team of investigators embark on a scientific expedition to the rainforests of Southern Mexico in two new scenarios, each of which can be played as a standalone adventure or can act as the beginning of a new campaign for your team. This expansion introduces five new investigators to Arkham Horror: The Card Game along with sixty-four player cards and eighty-seven encounter cards, including an all new exploration deck that presents new challenges for you to overcome as you find yourself falling into The Forgotten Age.

This is not a standalone product. A copy of the Arkham Horror: The Card Game Core Set is required to play.