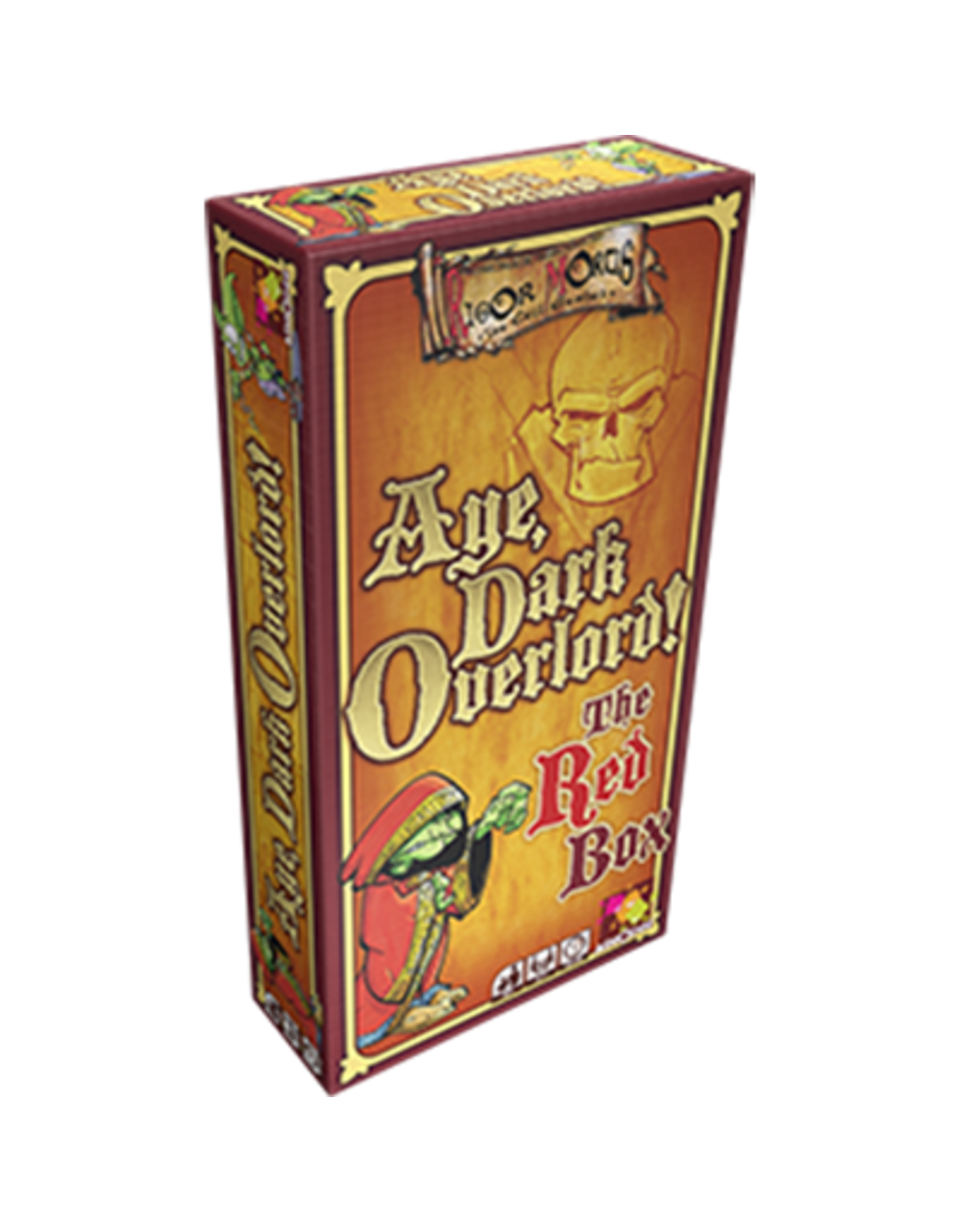 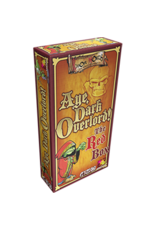 Whether it's in comic books, movies, or fantasy novels, the forces of Good always seem to eke out a win over Evil. Once the minions and monsters have slithered back to the darkness, however, there's an Emperor, Evil Wizard, or Dark Overlord demanding to know why his or her plans fell apart. Aye Dark Overlord!: The Red Box is the classic version of the storytelling party game for four to seven players where Servants give their best excuses to appease their evil master, lest they suffer the wrath of their Dark Overlord. Hint cards give the players a framework for their story, but it's up to their wits to avoid the Withering Looks of the Dark Overlord and live to serve another day.The Red Box is a re-release of the 2005 version of Aye, Dark Overlord! from Fantasy Flight Games. Players who have been groveling as minions or ruling with an iron fist as the Dark Overlord Rigor Mortis will already be familiar with this version of the game. You can even double the fun by expanding The Red Box with the brand new actions and Hint cards included in The Green Box.