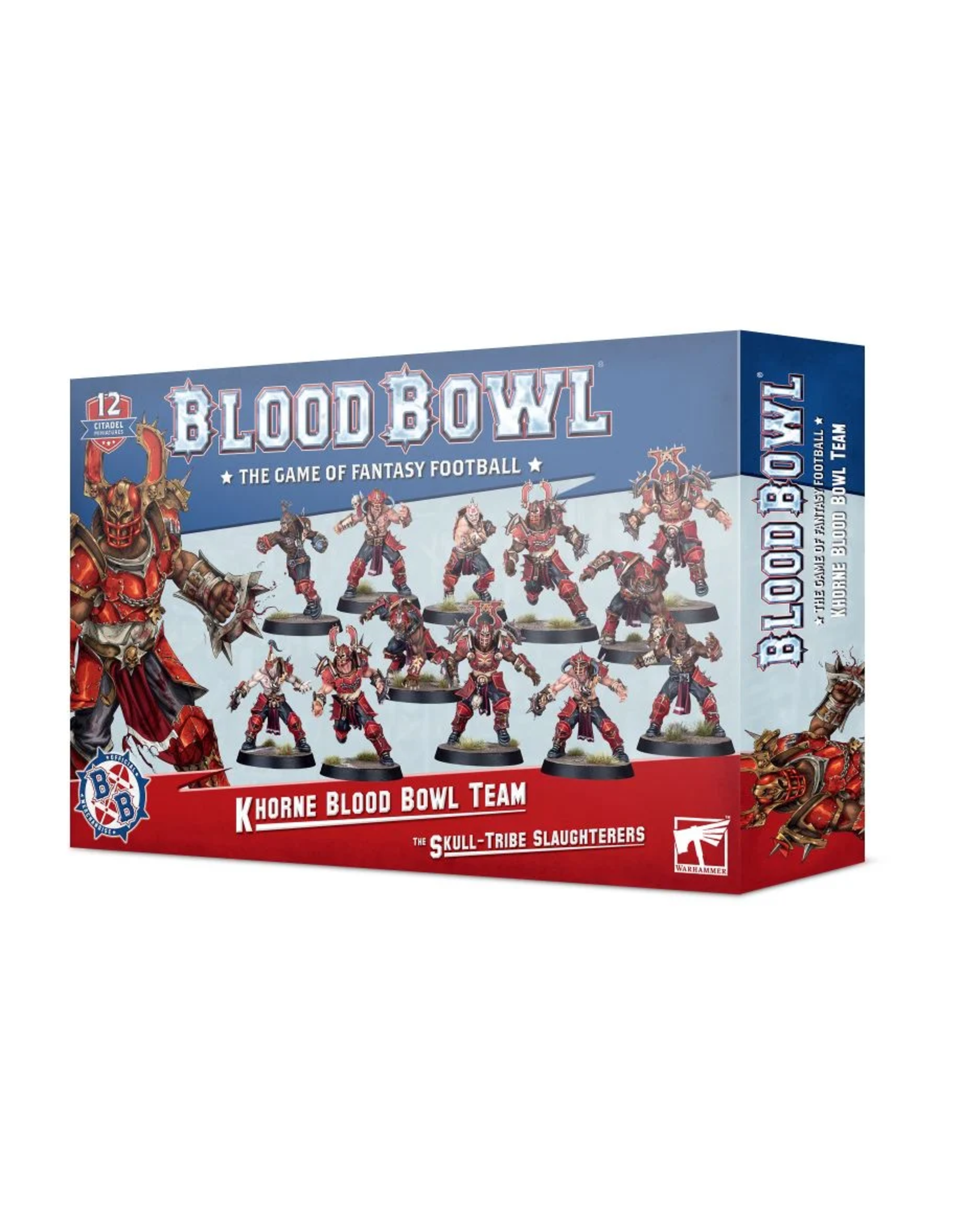 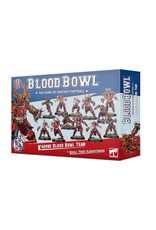 Khornate Blood Bowl teams often find themselves at a disadvantage in leagues due to their inability to put scoring touchdowns ahead of goring their opponents. Against all odds, the Skull-tribe Slaughterers buck this trend, believing that the higher they rank in leagues, the better calibre of skull they will be able to claim for Khorne. As a result, the Skull-tribe Slaughterers have made their extremely bloody mark in the NAF as one of the greatest teams around.

Want a team that can both mutilate your opponent with ease, and score a good touchdown? Khorne teams have plenty of brawn and just enough brain to make it happen. Marauder Linemen are hardy enough to withstand plenty of punishment and smart enough to remember to pass the ball once in a match. Those who endure the brutal training regimes of Khornate teams become Bloodseekers. Impressively violent and single-mindedly bloodthirsty, they specialise in putting the opposition out of commission while offloading any erstwhile Blood Bowl balls to the team's Khorngors – houndlike Beastmen who are utterly intent on scoring touchdowns.

The multi-part kit is comprised of 64 plastic components with which you can assemble The Skull-tribe Slaughterers, a Khorne team for use in games of Blood Bowl. The team is made up of six Bloodborn Marauder Linemen, four Bloodseekers, and two Khorngor. This box also contains two double-sided Blood Bowl coins, two turn and re-roll markers, four Blood Bowl balls, and a transfer sheet with 222 symbols and icons to customise your team with. This kit is also supplied with 12x 32mm Citadel Round slotta bases.

The rules for using Khorne teams in your games of Blood Bowl can be found in Spike! Journal 13. These miniatures are supplied unpainted and require assembly.