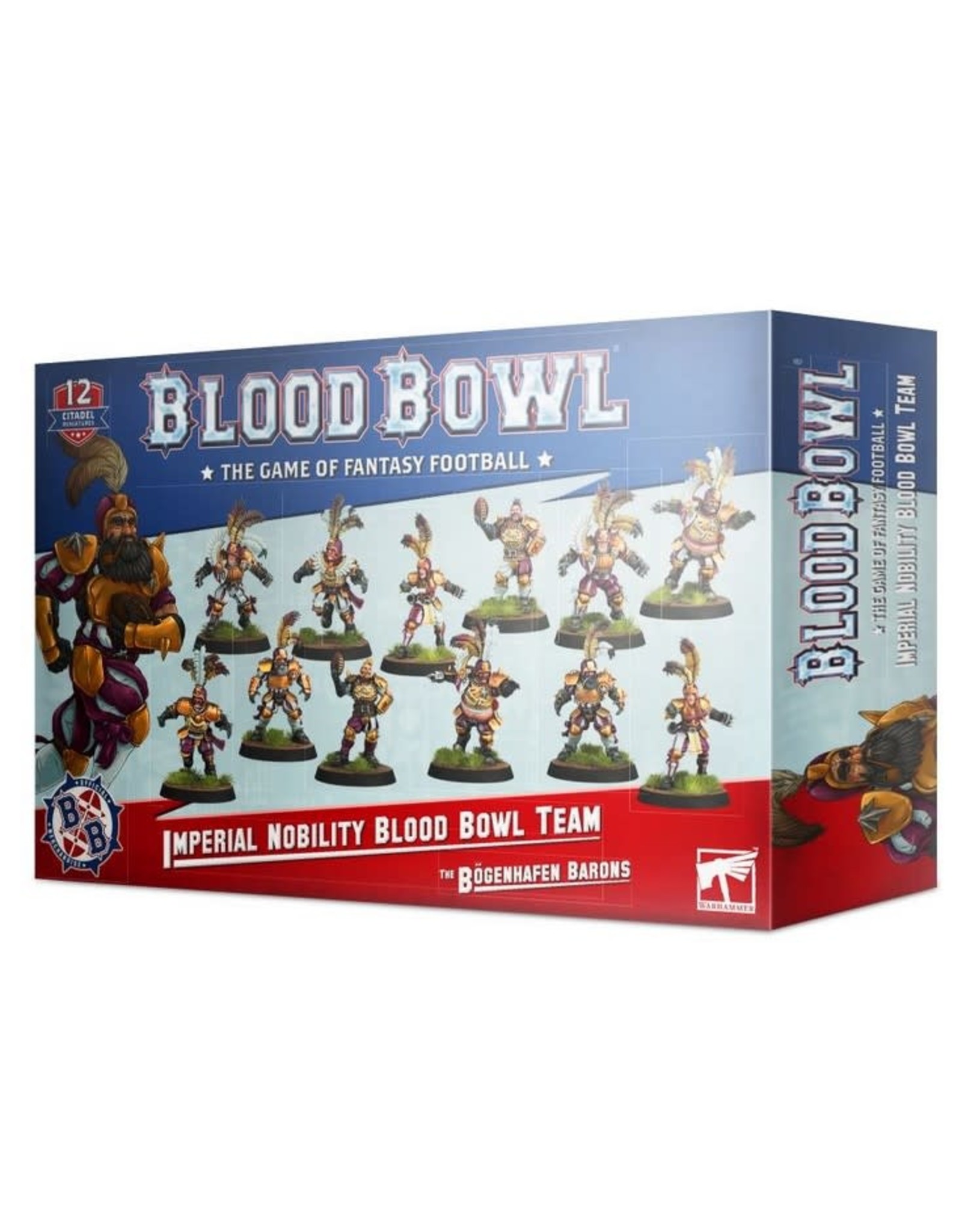 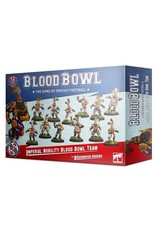 In addition to being an incredibly popular pastime, beloved by an impressively broad and diverse fanbase, Blood Bowl is also a shockingly lucrative business. Imperial Nobility teams have been springing up out of the woodwork of late, the seemingly bottomless coffers of their patrons hiring top talent, providing the finest equipment and training facilities, and supporting their teams through extensive advertising campaigns. The Bögenhafen Barons are the most popular of such teams, exploding onto the scene and shaking things up.

While superficially similar to Human teams, the Imperial Nobility have a different skill set that makes them very tricky to play against. A well-coached team can keep their opponents guessing while setting up the solid Noble Blitzers to score. They look absolutely incredible whether they're winning or losing, clad in the finest equipment you're likely to see on any pitch.

This multipart plastic kit contains all the components you need to build the Bögenhafen Barons, an Imperial Nobility team for use in games of Blood Bowl. It contains 12 players:
– 4 Imperial Retainer Linemen
– 4 Bodyguards
– 2 Noble Blitzers
– 2 Imperial Throwers

The rules to use Imperial Nobility teams in your games of Blood Bowl can be found in Blood Bowl – The Official Rules and Spike! Journal Issue 12.