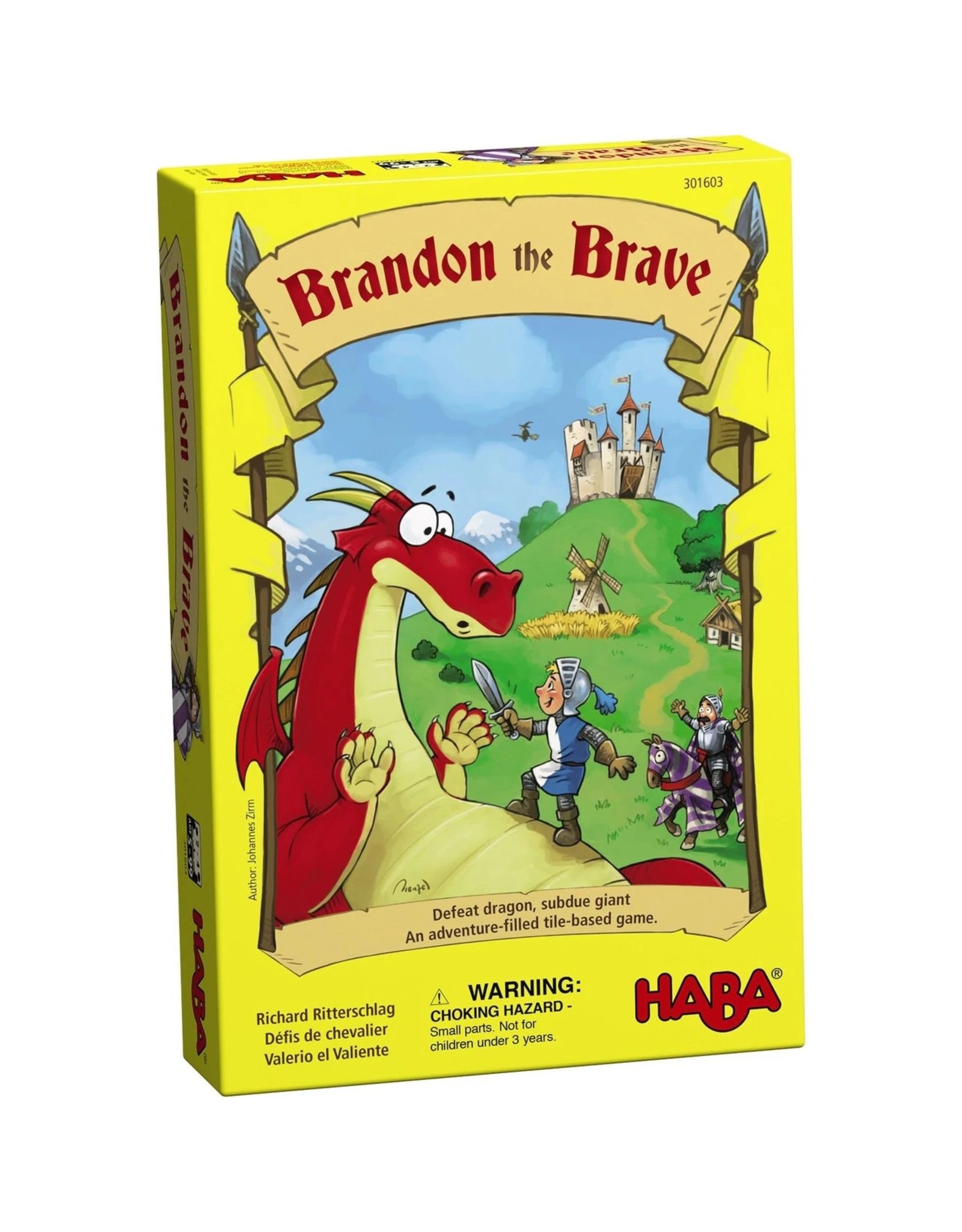 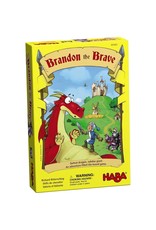 Go on an adventure with Brandon the Brave, a game from HABA! Want to be as strong, brave, and glorious as the knight Brandon the Brave? To become a knight, all knaves first have to master regal tasks and prove that they have good intuition. Your task is to seek out giants, dragons, witches, and other dangers! The player who can skillfully place the field tiles next to each other, thus mastering the tasks, will be the champion at the end of the game. Made with sturdy cardboard and beech wood, this is another classic game in the HABA catalog.

The German version, which is called "Richard Ritterschlag" received a German Children's Game of the Year Nomination - Spiel des Jahres - for 2014