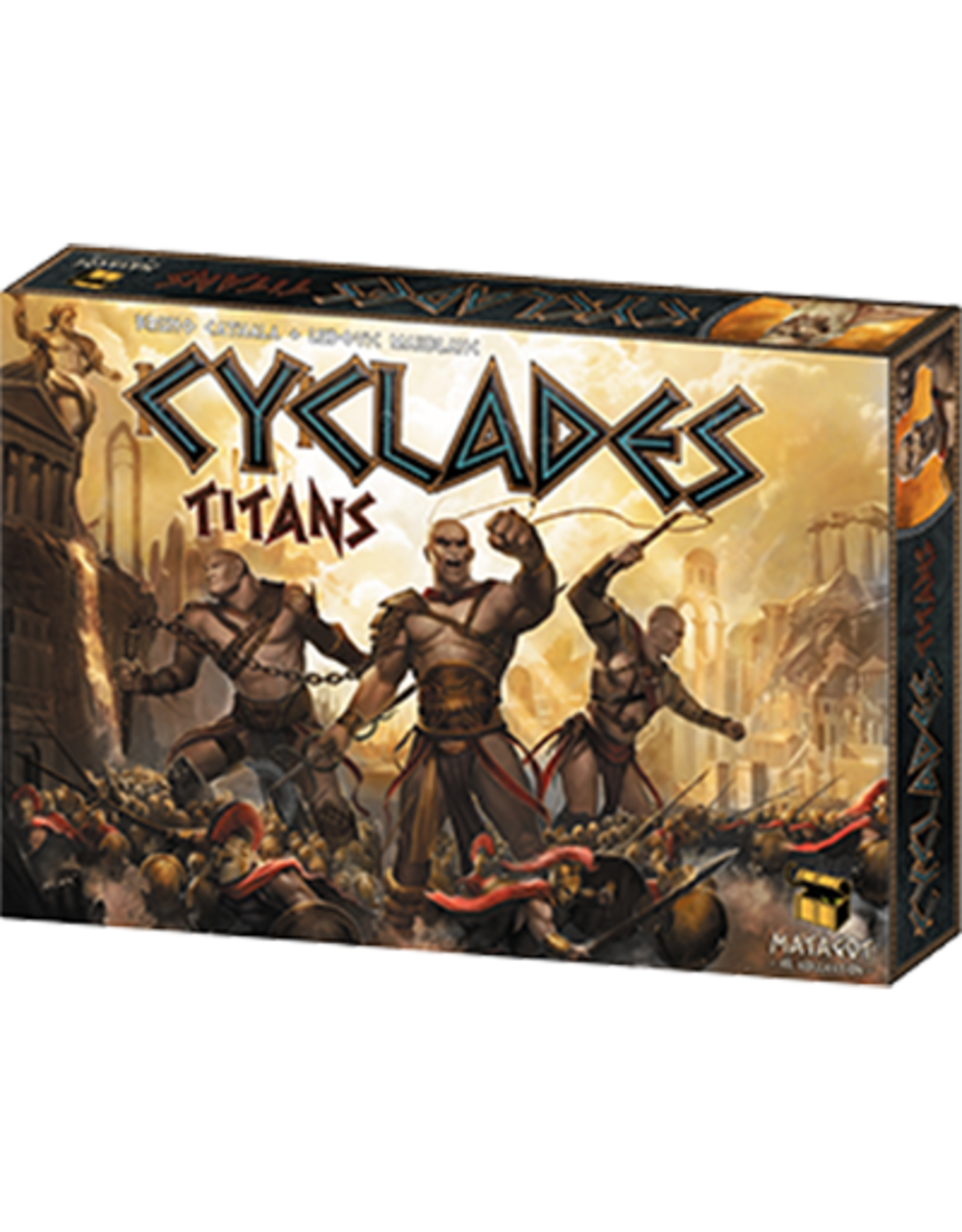 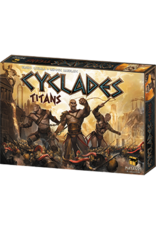 In the Titans expansion for Cyclades, the savage battle to dominate the Aegean boils down to two large neighboring islands where six great cities fight for supremacy. As war rages more fiercely than ever before, Kronos, father of Zeus, joins the battle and brings the fearsome horde of Titans with him!Cyclades: Titans features a new game board and a new team play mode. Divine artifacts like Zeus's lightning bolt and Hermes' winged sandals also appear for the first time, offering incredible abilities that may place glorious victory in your hands.This product is an expansion: Cyclades base game required to play.