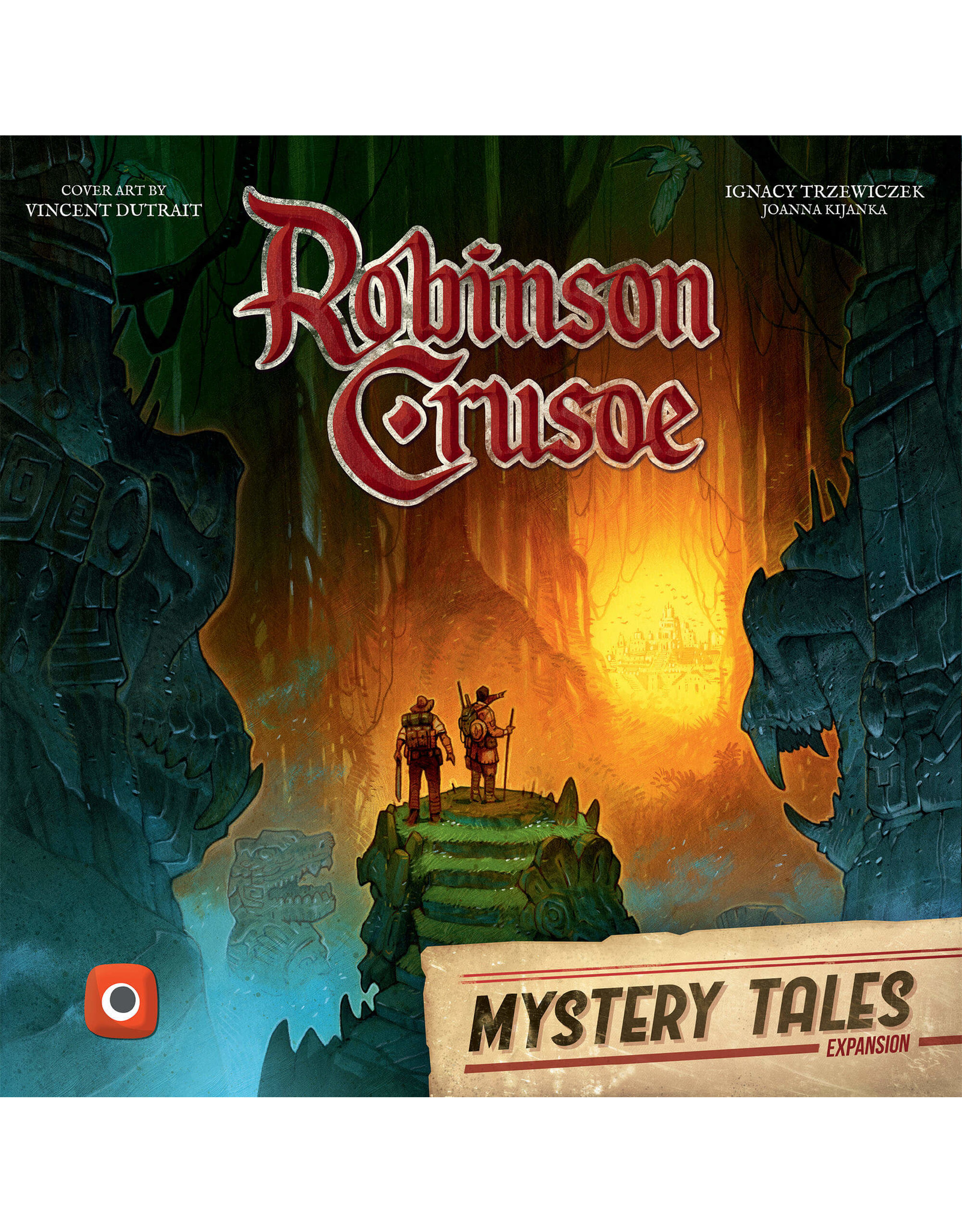 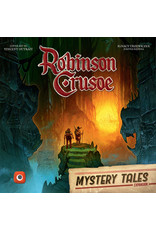 Robinson Crusoe: Mystery Tales is the second expansion for the acclaimed game of castaway survival, Robinson Crusoe: Adventures on the Cursed Island! This expansion includes an entirely new way to play, in addition to some familiar components to add variability to your base game. Embark on an expedition where haunting challenges await. Play two new scenarios that will test even the most experienced players! Experience Robinson Crusoe with the all new Horror Mode!

Robinson Crusoe: Mystery Tales introduces ten new characters, a new deck of event cards, three new decks of adventure cards, new beast cards, new mystery cards, and the new mechanism of sanity that you can use in the base game of Robinson Crusoe to change it into a game of dreadful stories! Additionally, the expansion includes five missions that form a long and epic campaign: "The Lost City of Z."