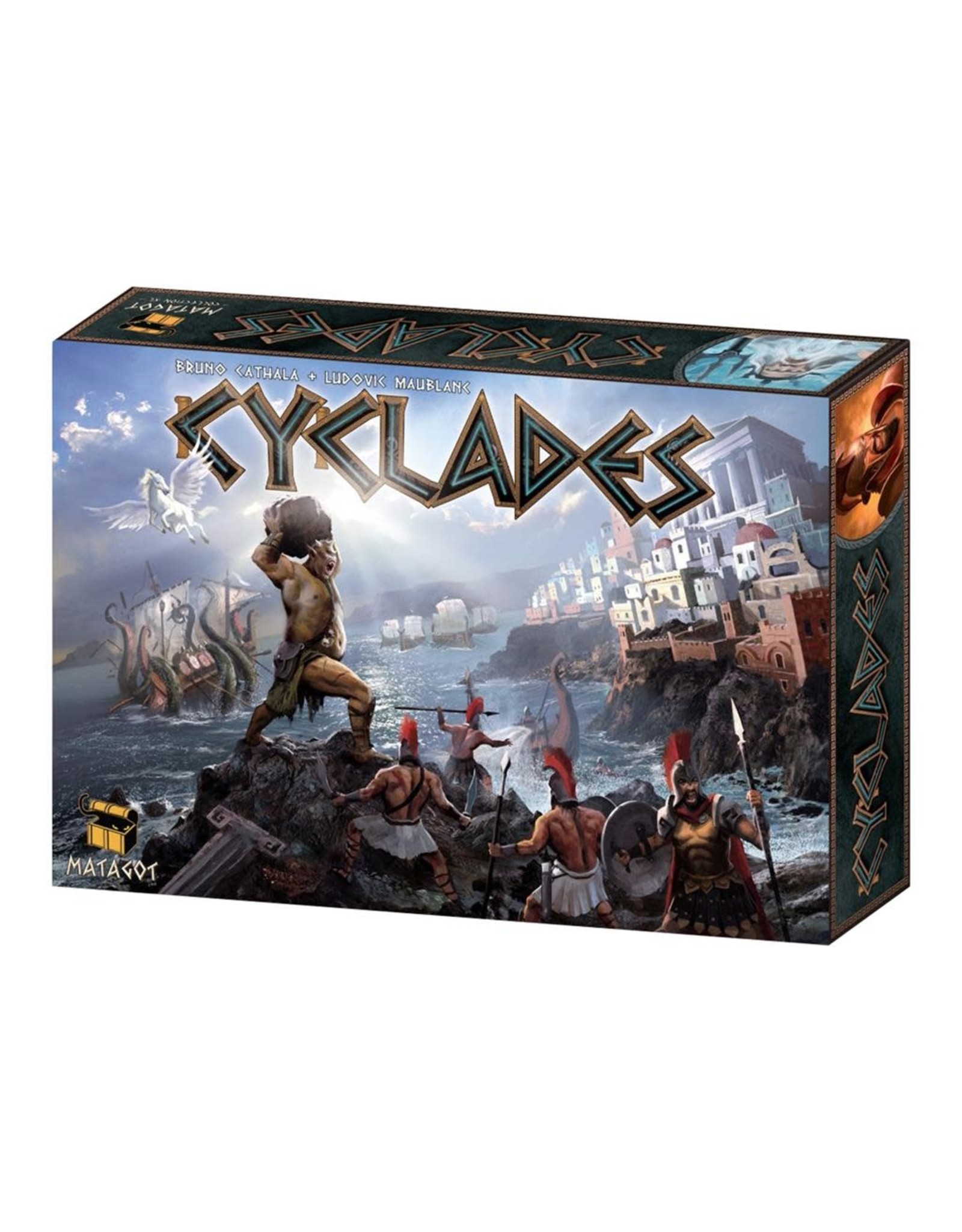 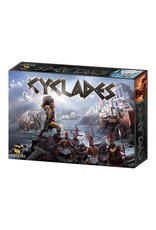 Muster your armies, unleash mythical creatures, and build metropoles to dominate the sea in Cyclades!Set in the Greek islands of the Aegean, Cyclades challenges you to balance warfare and civilization building. You'll need the favor of the Olympian gods, with each god enabling you to build a different strucutre, recruit and move different military forces, or add philosophers and priests to your city. You might focus on constructing and defending your own metropolis or set your sights on the accomplishments of other players and invade their islands with troops and ships alongside monsters like Medusa, the Minotaur, or the Kraken.Designed by the renowned team of Bruno Cathala and Ludovic Maublanc, Cyclades features original art and brillantly sculpted plastic miniatures.