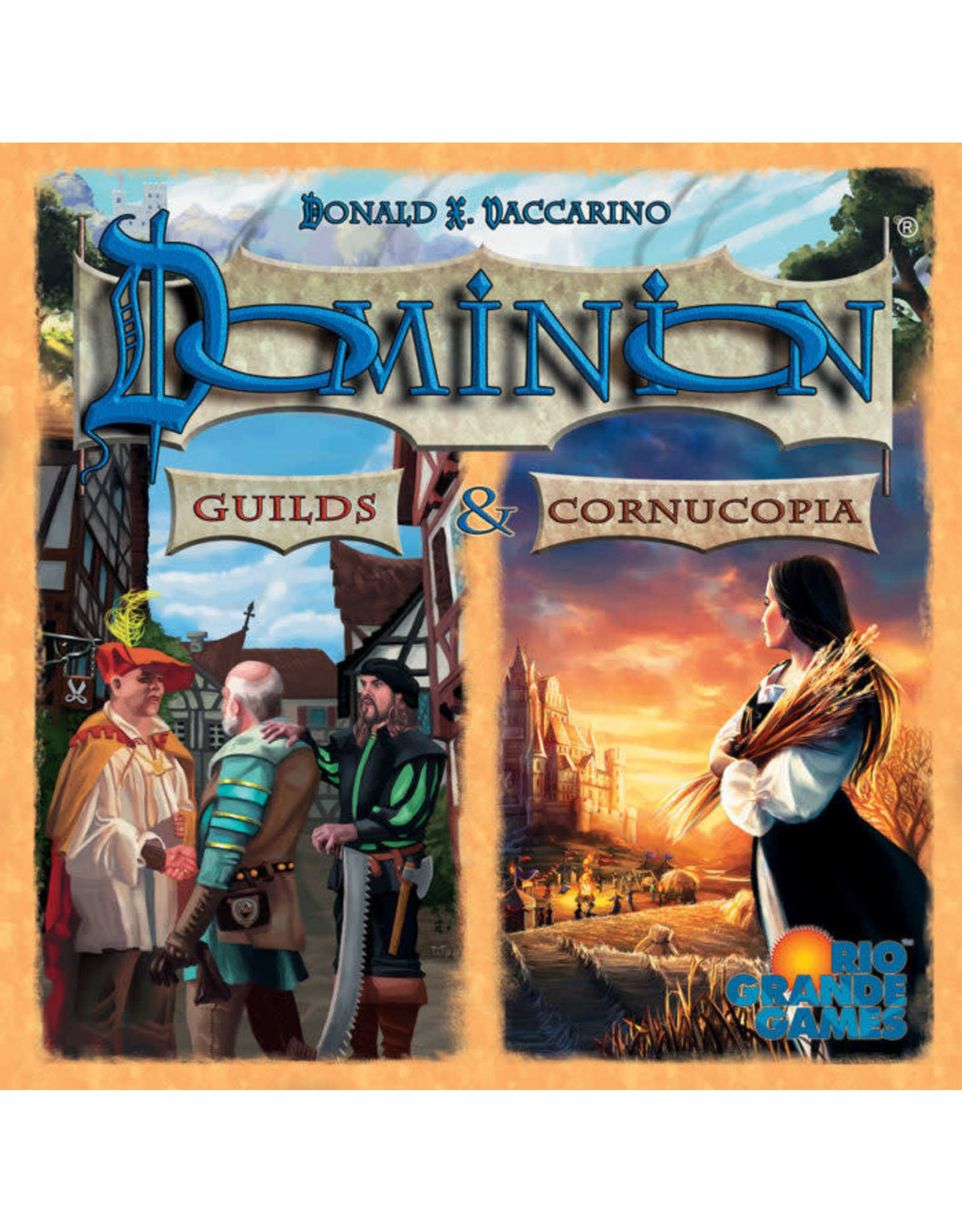 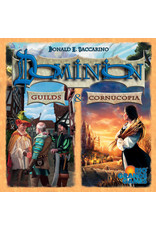 is the 5th expansion to Dominion. It adds 13 new Kingdom cards to Dominion, plus 5 unique cards. The central theme is variety; there are cards that reward you for having a variety of cards in your deck, in your hand, and in play, as well cards that help you get that variety.

Autumn. It seemed like the summer would never end, but that fortune teller was right. It’s over. Autumn, the time of the harvest. Agriculture has advanced significantly in recent years, ever since the discovery of the maxim, “leaves of three, let it be.” Autumn, a time of celebration. The peasants have spent a hard week scything hay in the fields, but tonight the festivities begin, starting with a sumptuous banquet of roast hay. Then, the annual nose-stealing competition. Then you have two jesters, one who always lies, one who always tells the truth, both hilariously. This celebration will truly have something for everyone.

is the 8th expansion to Dominion. It adds 13 new Kingdom cards to Dominion. It has coin tokens that you can save to spend later, and cards you can get more out of by paying extra for them.

Jobs, everyone’s worried about jobs. Whatever happened to tilling the fields in obscurity? The economy is just a trick, like stealing someone’s nose, but lately people seem to have seen through it, like when you realize someone hasn’t really stolen your nose. So now everyone’s joining a guild, learning a craft, and working on a masterpiece – a painting so beautiful it blinds you, or a cheese grater so amazing that you never eat cheese again. The only people left tilling the fields are the ones doing it ironically. The guilds cover everything – ironic tilling, butchering, baking, candlestick making, shoemaking, cheesemaking, cheese destruction. Your advisor is convinced that somehow, control of the stonecutters is key to world domination. Very well. You will have stone handled so expertly that the world trembles before you.