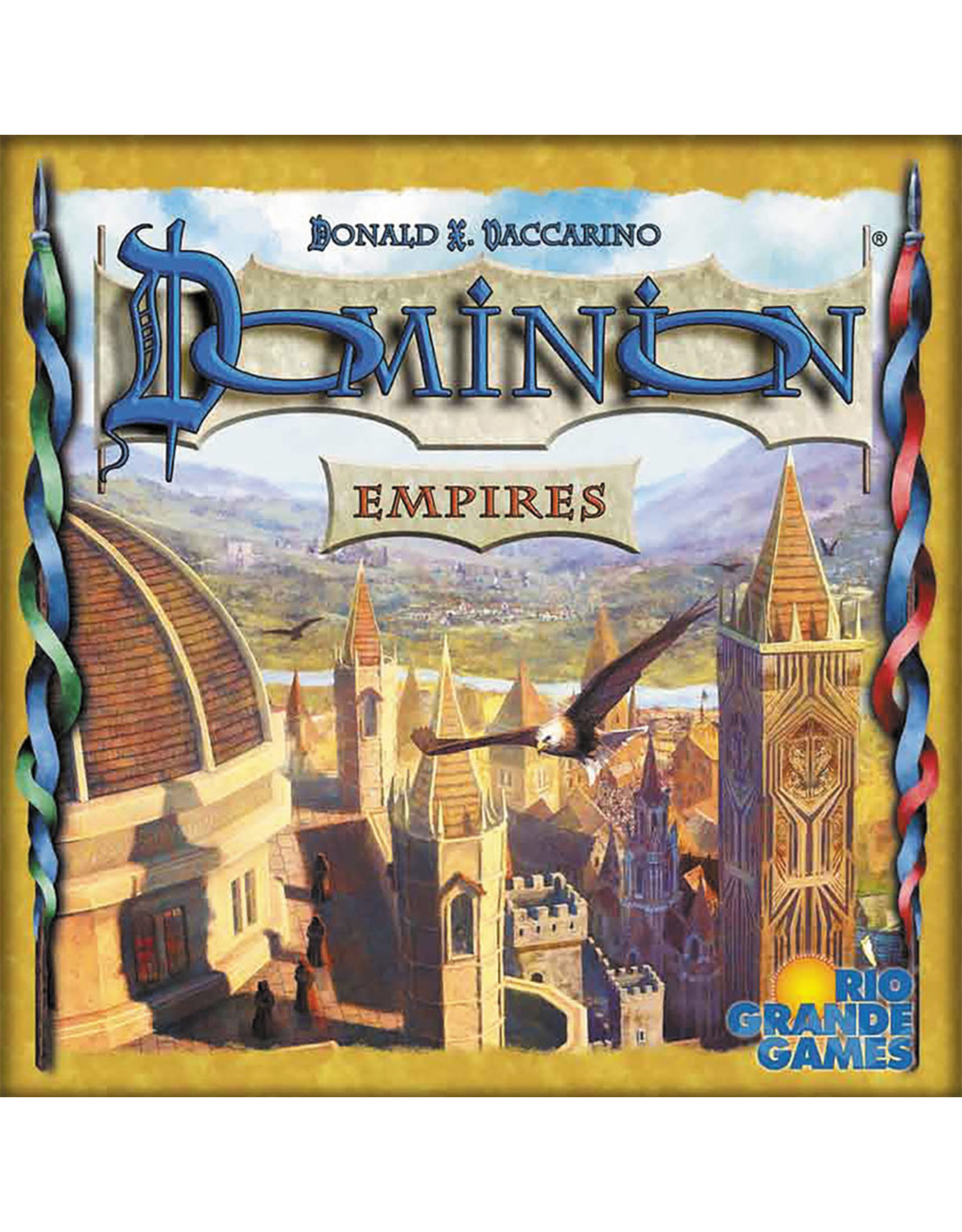 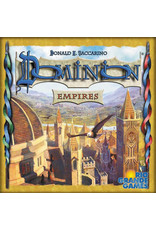 Dominion: Empires, the tenth addition to the game of Dominion, contains 96 metal tokens and 300 cards, with cards you can buy now and pay for later, piles with two different cards, and Landmarks that add new ways to score. VP tokens and Events return from previous sets.

The world is big and your kingdom gigantic. It’s no longer a kingdom really; it’s an empire. Which makes you the emperor. This entitles you to a better chair, plus you can name a salad after yourself. It’s not easy being emperor. The day starts early, when you light the sacred flame; then it’s hours of committee meetings, trying to establish exactly why the sacred flame keeps going out. Sometimes your armies take over a continent and you just have no idea where to put it. And there’s the risk of assassination; you have a food taster, who tastes anything before you eat it, and a dagger tester, who gets stabbed by anything before it stabs you. You’ve taken to staying at home whenever it’s the Ides of anything. Still overall it’s a great job. You wouldn’t trade it for the world – especially given how much of the world you already have.