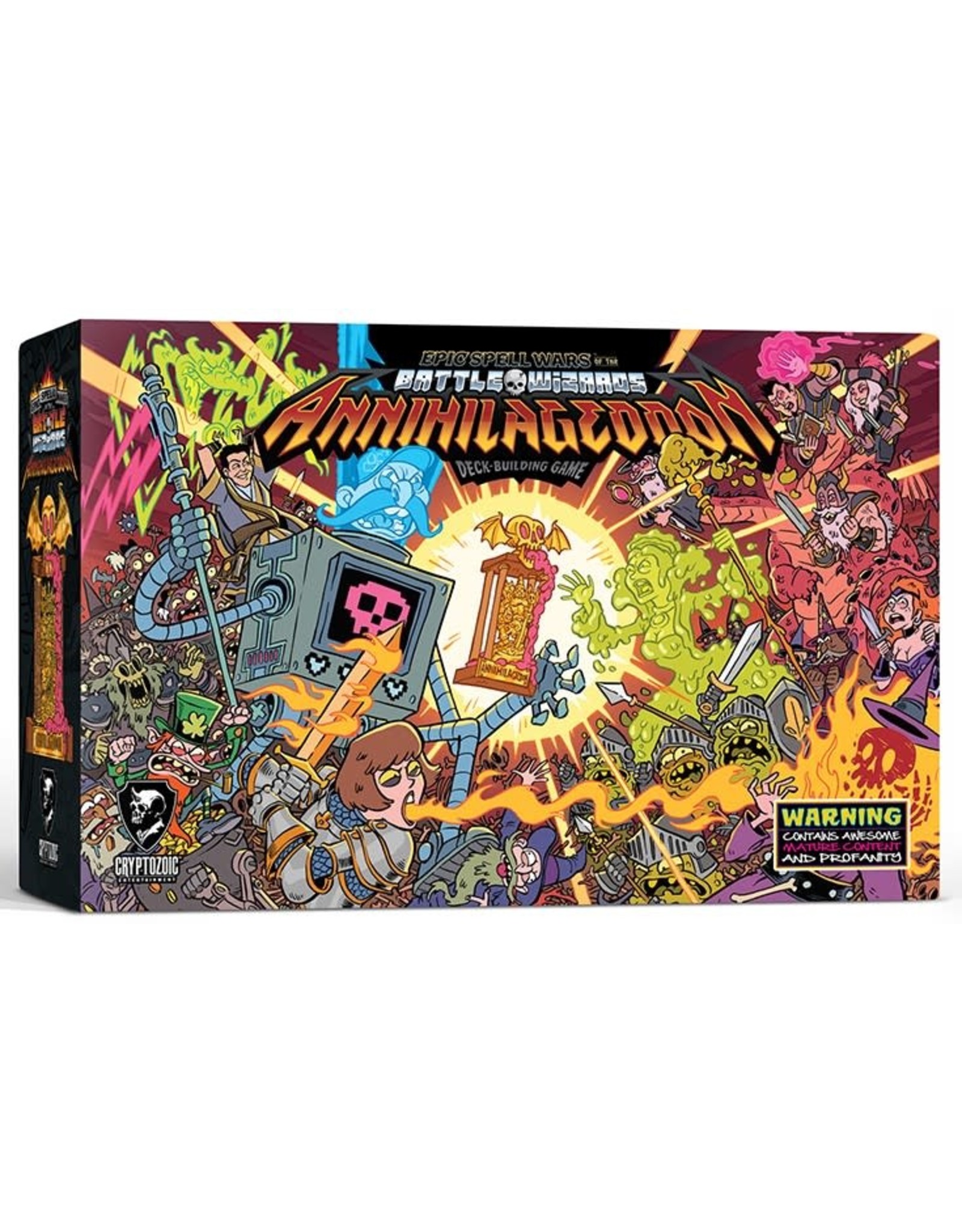 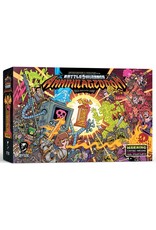 It’s an all-out battle to the death for the Annihilageddon trophy in the crazy world of Epic Spell Wars! While fully compatible with other Cerberus Engine releases, this game features a whole new world of mayhem … literally.

Mayhem Events, Familiars, Legends, Wizards, Spells, Creatures, Treasure, and Wild Magic. It all adds up to an Epic Spell Wars experience unlike anything you’ve seen before. And fans of the series have seen a lot. Yeesh.

Mercilessly attack your foes and kill them over, and over, ah-and over!

Take advantage of your Wizard’s special ability tile and Familiar Card that only you can buy!