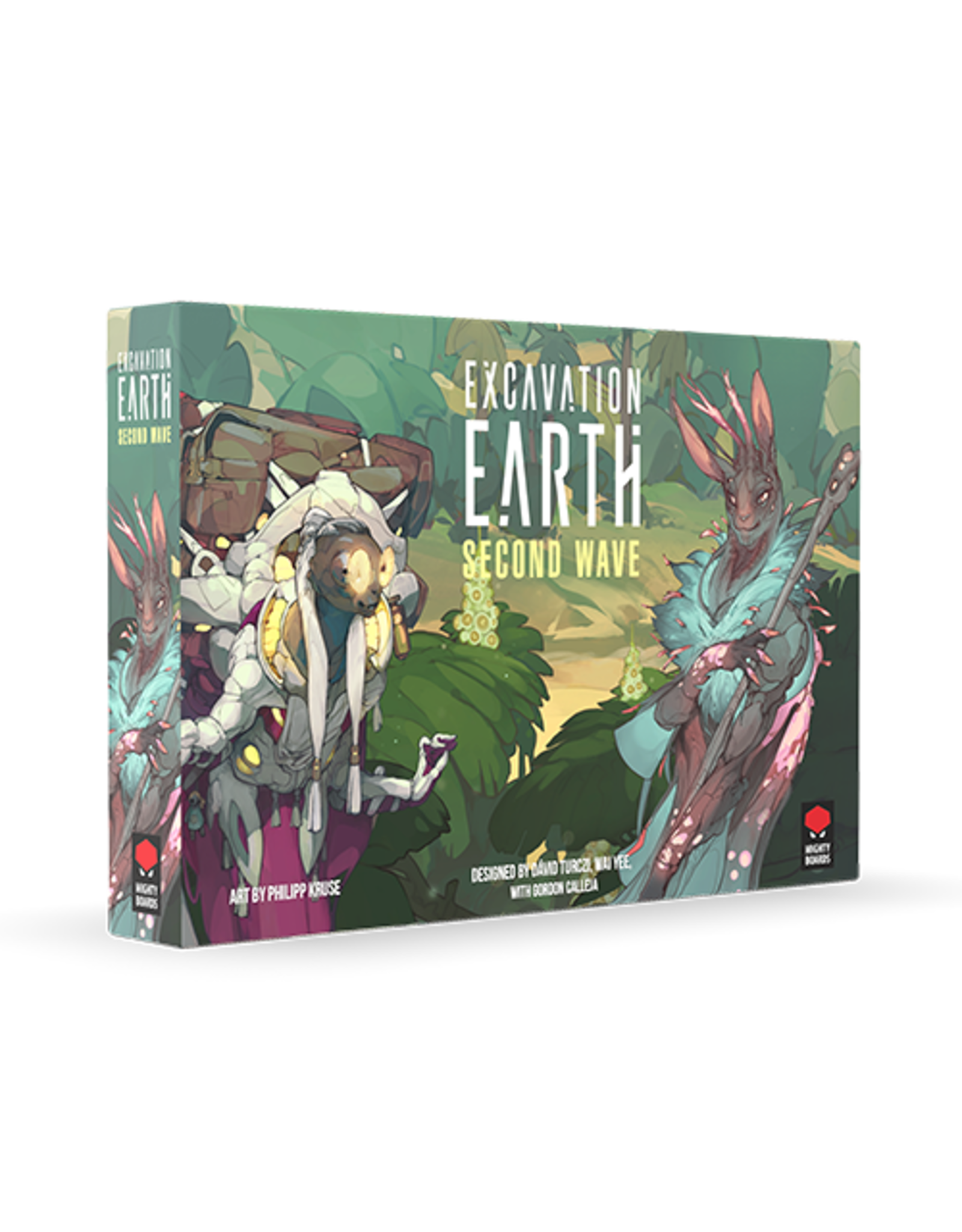 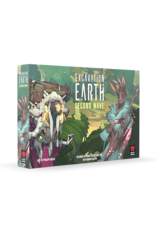 Excavation Earth: Second Wave is the first expansion for Excavation Earth. This expansion contains four gameplay modules that can be added to the base game in any combination. One of the modules contains two new races. Another module opens up the deck of Achievement cards. These add a whole new way of scoring by completing specified achievements before other players. A third module features the Observation Barge, which influences both the market and the Survey action as well as creating another area to compete for end-game scoring. Finally, players have the option of triggering actions using Wild Cards specific to each faction in the game.