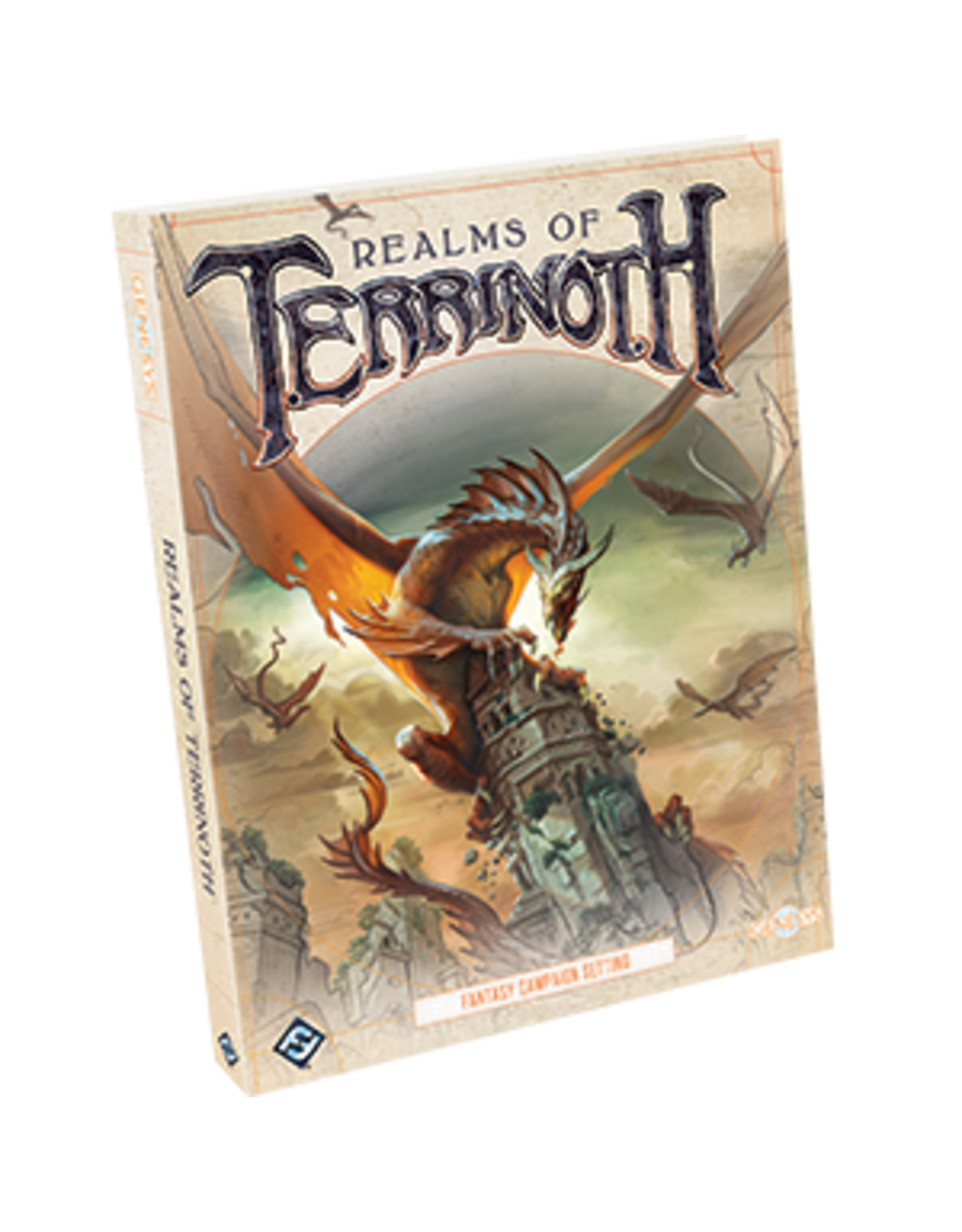 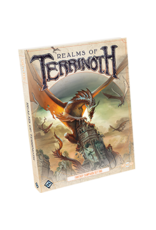 Terrinoth is a land of forgotten greatness and lost legacies. Once ruled by the Elder Kings who called upon mighty magics to perform great deeds and work marvels, the land has suffered greatly at the hands of its three great foes; the undead armies of Waiqar the Betrayer, the demon-possessed hordes of the bloodthirsty Uthuk Y’llan, and the terrifying dragons of the Molten Heath. Many of its great cities have been cast down into ruins, and many wondrous secrets and powerful artifacts have been lost.

For hundreds of years, Terrinoth slipped into gloom and decay. But heroes arise just when their lands need them the most. Courageous adventurers brave the ruins of past ages and the foul creatures within to uncover the treasures of their ancestors. The Daqan Barons, inheritors of the ancient kingdoms, rebuild their walls and muster their armies, while the wizards of Greyhaven gather runes of power to awaken guardians of stone and steel. All this is just in time, for the ancient enemies of the lawful races are stirring again, and Terrinoth needs champions of courage and cunning to stand against the rising darkness.

This is the world you enter in Realms of Terrinoth, a new sourcebook for the Genesys Roleplaying System!

Realms of Terrinoth explores the world of Mennara featured in the Runewars Miniatures Game, Legacy of Dragonholt, Descent, and Runebound. As a fantasy setting, Realms of Terrinoth features many races, weapons, gear, careers and more that can both be found in the world of Mennara as well as expanded to any fantasy setting you create as the Gamemaster.