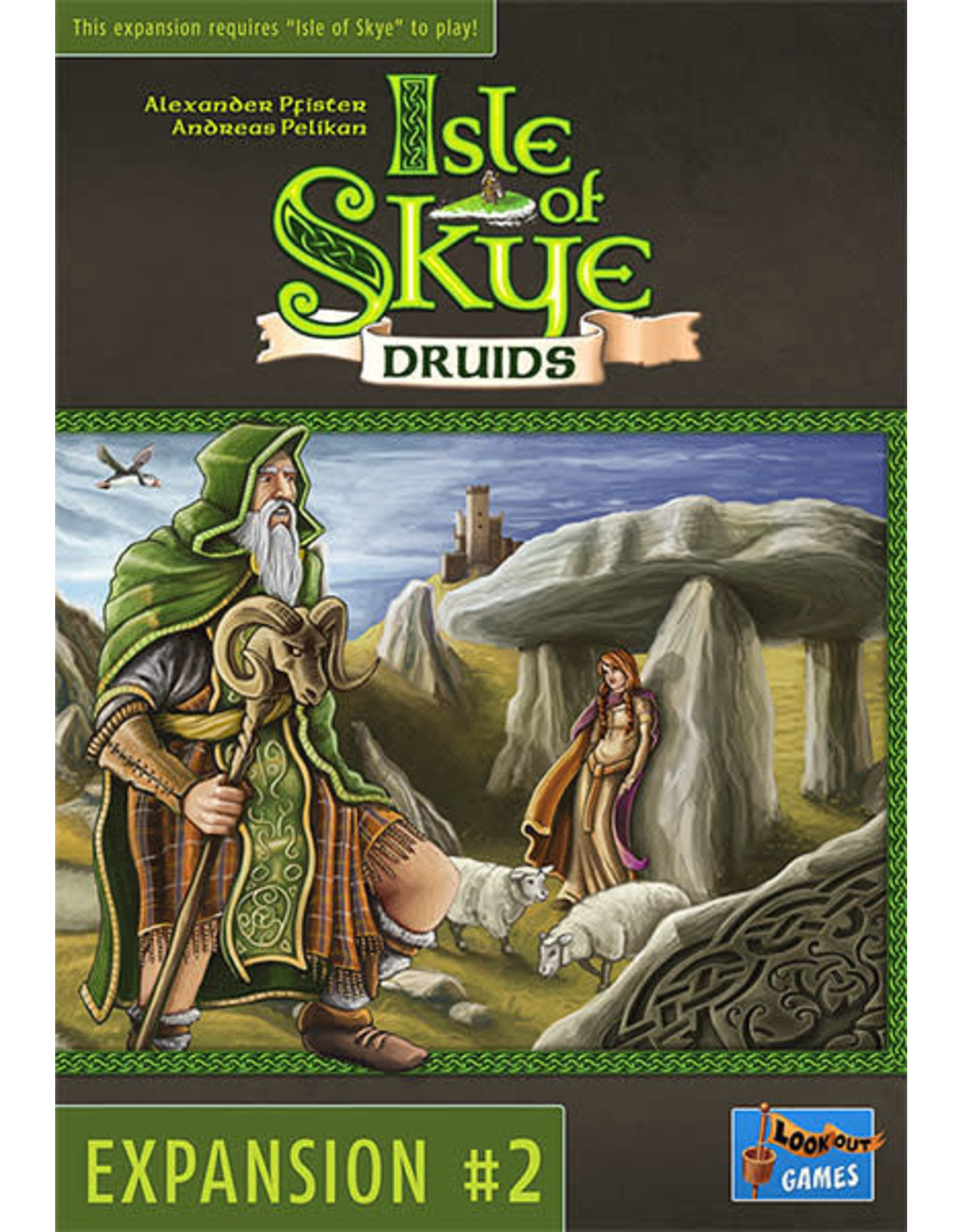 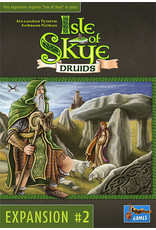 Isle of Skye: Druids is the second expansion to the award winning base game Isle of Skye - From Chieftain to King by Alexander Pfister and Andreas Pelikan. The expansion is for 2 - 5 players, age 10 and up, and unleashes a tense competition for the throne of the island. While you were completely on your own in the base game, your best friend joined your undertaking in the first expansion Isle of Skye: Journeyman. Isle of Skye: Druids introduces the name giving druids to the game, giving you the opportunity to win the throne with their spiritual aid. No matter whose support you want to utilize, you are good to go as you can either play tha base game with only one of the two expansions or even with both expansions at the same time!

In contrast to Isle of Skye: Journeyman, Isle of Skye: Druids does not change any mechanics of the base game. It also doesn't add any more mechanics, keeping the game on the same level of complexity as the base game. Only phase 4 ("Buying phase") is altered slightly. Following text comes directly from the rule book and explains whats different: