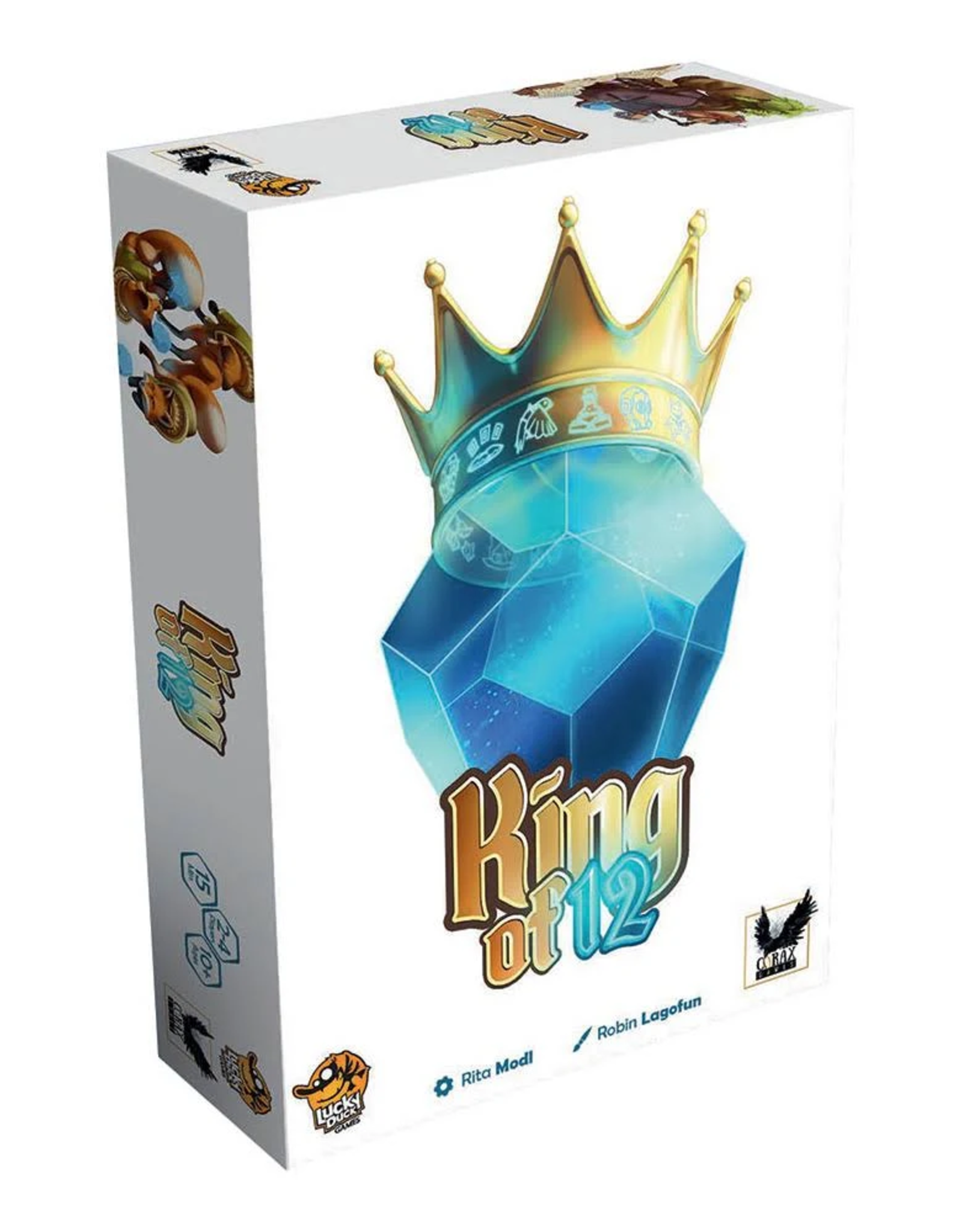 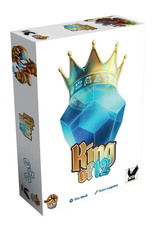 In King of 12, each player plays with the same set of seven character cards. Each round, each player chooses one of these and plays it hidden to the table. When everyone did, they are revealed. If two or more players chose the same card, these cards are negated. Otherwise the cards effects are resolved. They affect each players magical orb - a d12. After all cards are resolved, the values of the dice are compared. If two players have the same value on their die, these are negated. Usually the remaining player with the highest value on his die wins the round and gets 2 points. The second most also gets 1 point. But in some cases the smallest value may win... When only one card is left, players compare their points. Players with the same amount of points negate each other, then the player with the most points wins the round. This player puts one of their cards aside and another round is played until one player must put a second card aside. This player wins the game.

A nice and highly interactive game of bluffing, mind reading and tactics. Easy to learn and fun to play.

Up to four games can be combined to play with up to 16 players.