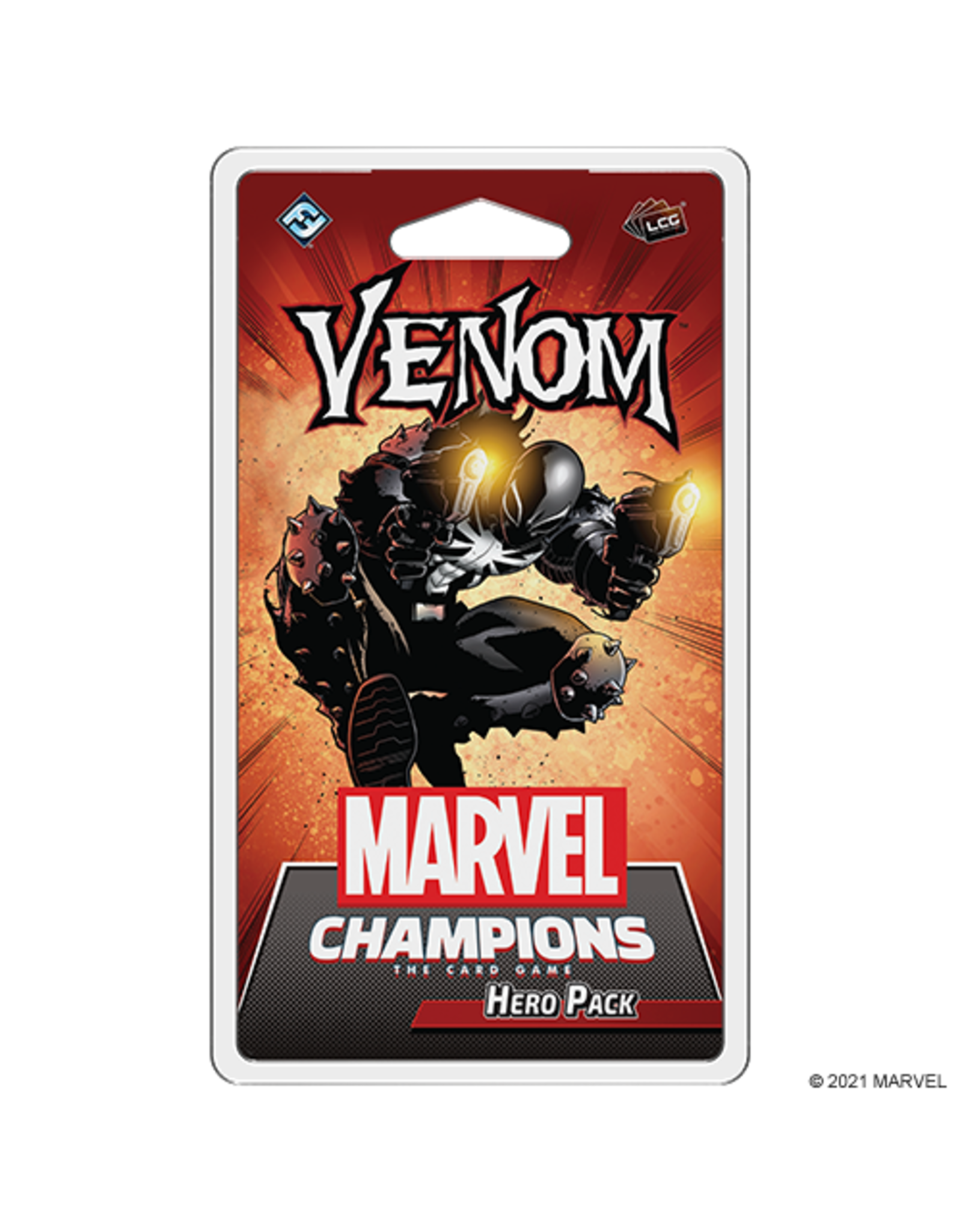 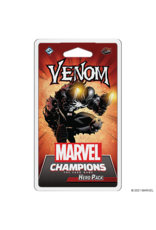 A wartime veteran and old classmate of Peter Parker’s, Flash Thompson was fused with the Venom symbiote—and now takes down evil forces in your games of Marvel Champions: The Card Game. With a powerful symbiotic bond and a full arsenal of weapons, Drax can gun down any villain that stands in his way. Within this Hero Pack, you’ll find Venom, his fifteen signature cards, and a full assortment of Justice cards inviting you to thwart the villain’s schemes.

For players who want to explore the power offered by the Venom symbiote, you can get your first taste with the Venom Hero Pack! This expansion comes with a 40-card pre-built deck, giving you the chance to start playing right out of the box.