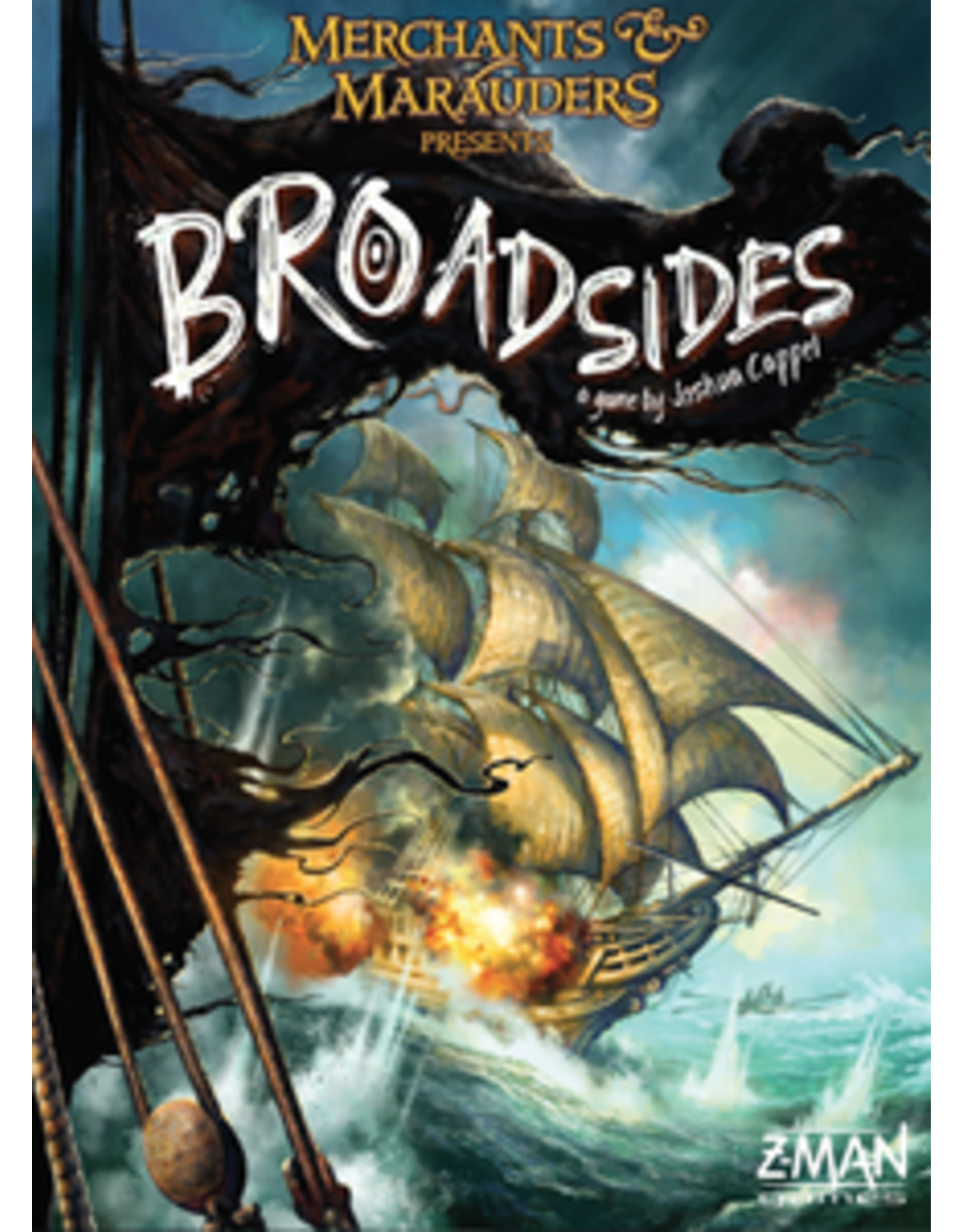 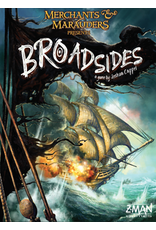 At the helm of your mighty vessel, you scour the horizon with your spyglass. Profitable sea lanes are just waiting to be claimed, but a rival ship is fast approaching your prize. Load your cannons and sink them before they send you swimming! Merchants & Marauders: Broadsides brings you back to the Golden Age of Piracy with this two-player game of deadly naval combat. Take command of your ship as you and your opponent duel to see who can be the first to eliminate the competition by sinking their ship or taking out both their Captain and First Mate. Outfit your ship with three different types of cannons and choose your targets. Only one captain can claim victory!