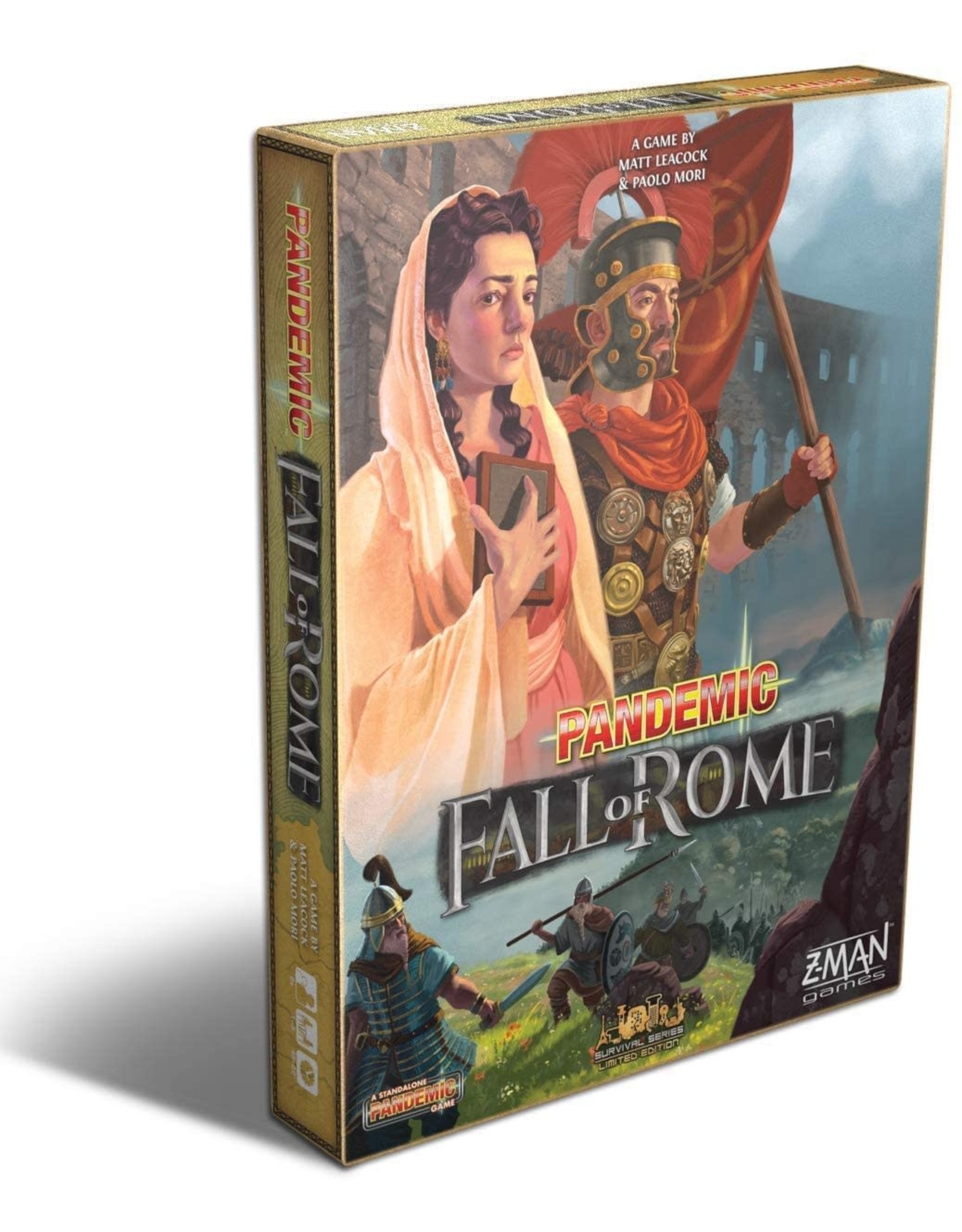 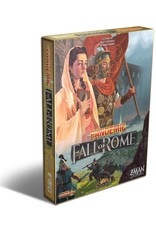 Raise armies, defend your cities, and forge alliances to ward off relentless incursions. Can you stop the fall of the world's greatest Empire?

Combining the cooperative gameplay of Pandemic with innovative new mechanics, Pandemic: Fall of Rome takes players back in history to the time of the world’s greatest empire: Rome. A weakened military has left the borders open to invasion from countless tribes such as the Anglo-Saxons, Goths, Vandals, and Huns. As you march through the Roman Empire, you must recruit armies, fortify cities, forge alliances, and face off against the invading hordes in battle. Take on unique roles with special abilities to improve your team’s chances to protect against the invaders. Work together, use your skills wisely, and stop the fall of Rome!