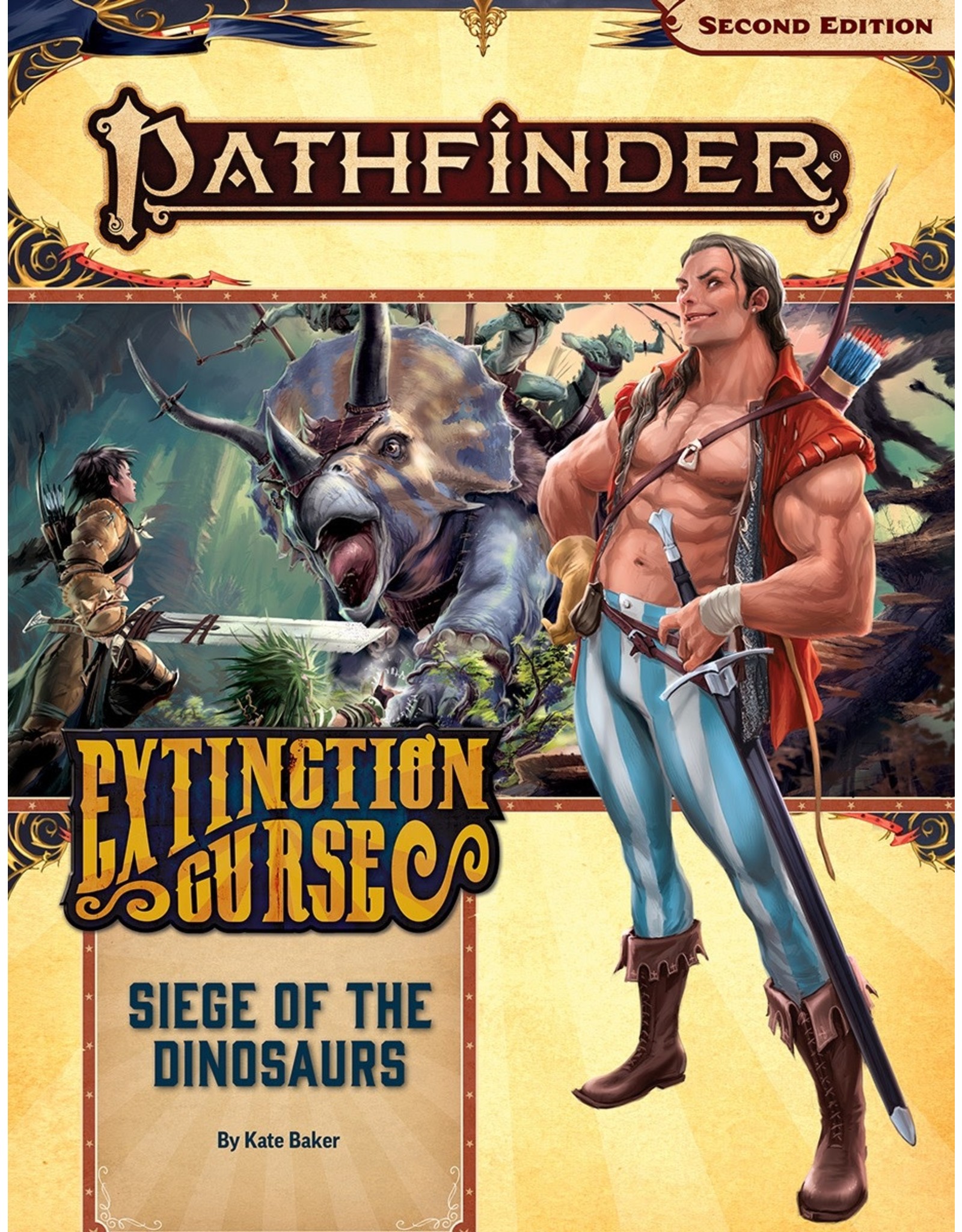 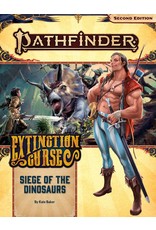 The heroes and their circus arrive in Willowside, a swamp community in dire need of diversion from the relentless expansion of the blighted land known as the Welt. Willowside soon experiences a problem of a different sort, as dinosaur-riding xulgaths blockade the town. The heroes mount a defense of the village and learn what has brought the xulgaths to this isolated settlement. When the heroes break the siege, they learn that the xulgaths follow a monstrous ex-slave and have forsaken their directive to assault a nearby aeon tower. The tower's current occupants know more, and put the heroes on the path to reach the fifth and final aeon orb.

“Siege of the Dinosaurs” is a Pathfinder adventure for four 13th-level characters. This adventure continues the Extinction Curse Adventure Path, a six-part, monthly campaign in which the heroes lead a traveling circus as they unravel a plot to eradicate all life from the islands of the Inner Sea. This volume also includes a gazetteer of the town of Willowside and lore about the inhabitants of the Abyssal realm of Gluttondark, as well as new monsters and xulgath-themed rules.