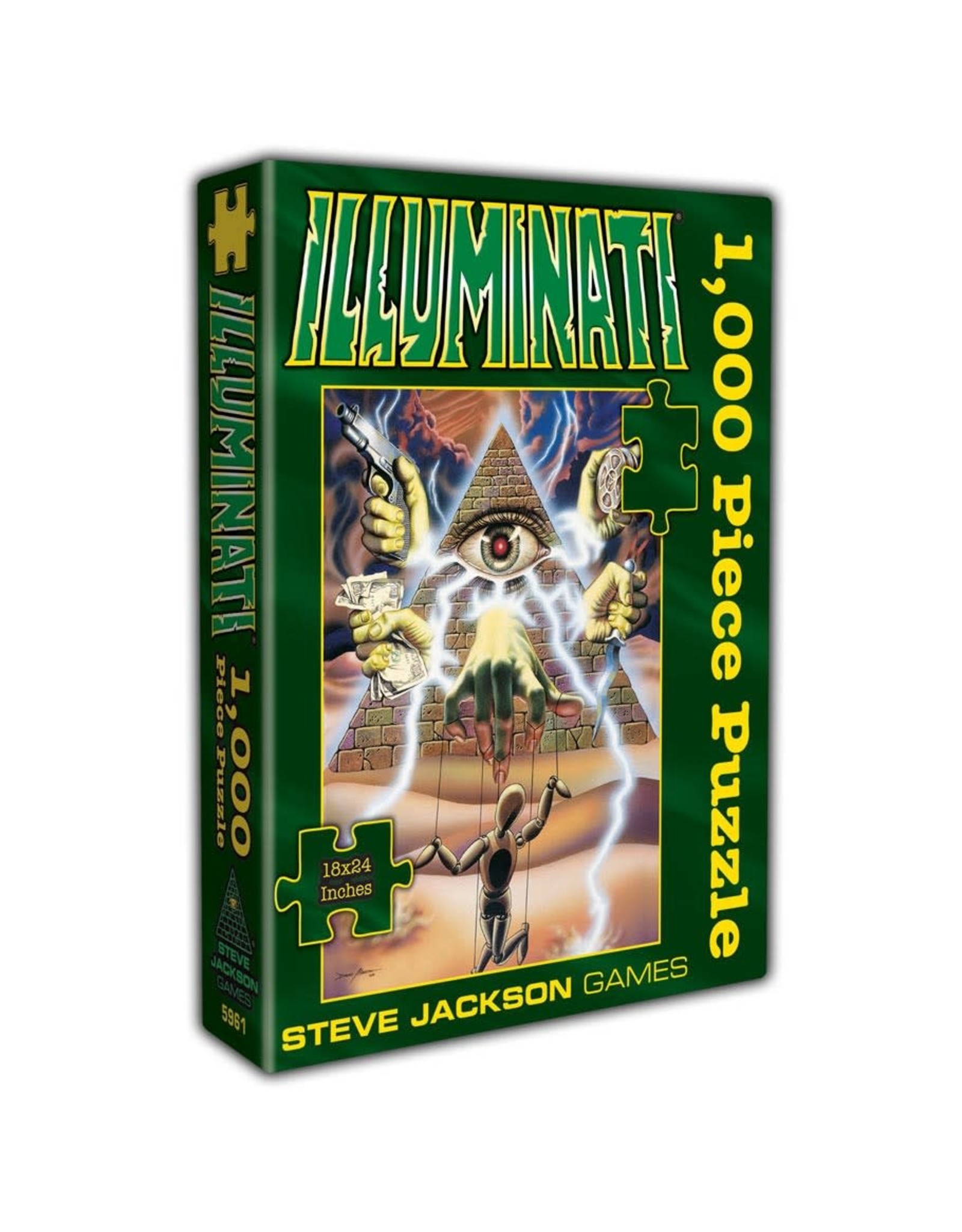 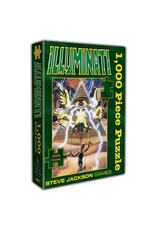 We've transformed the original 1982 cover for Illuminati into a dark, menacing, and totally illuminated 1,000-piece puzzle. The cover art was painted by Dave Martin, who was part of the discussion that inspired the game.

The cover shows, in symbolic form, the different ways the Illuminati scheme to take over the world… stealth and violence, threats and bribes. The little puppet figure in front became one of the game’s icons, and the Eye in the Pyramid itself became the logo of Steve Jackson Games!