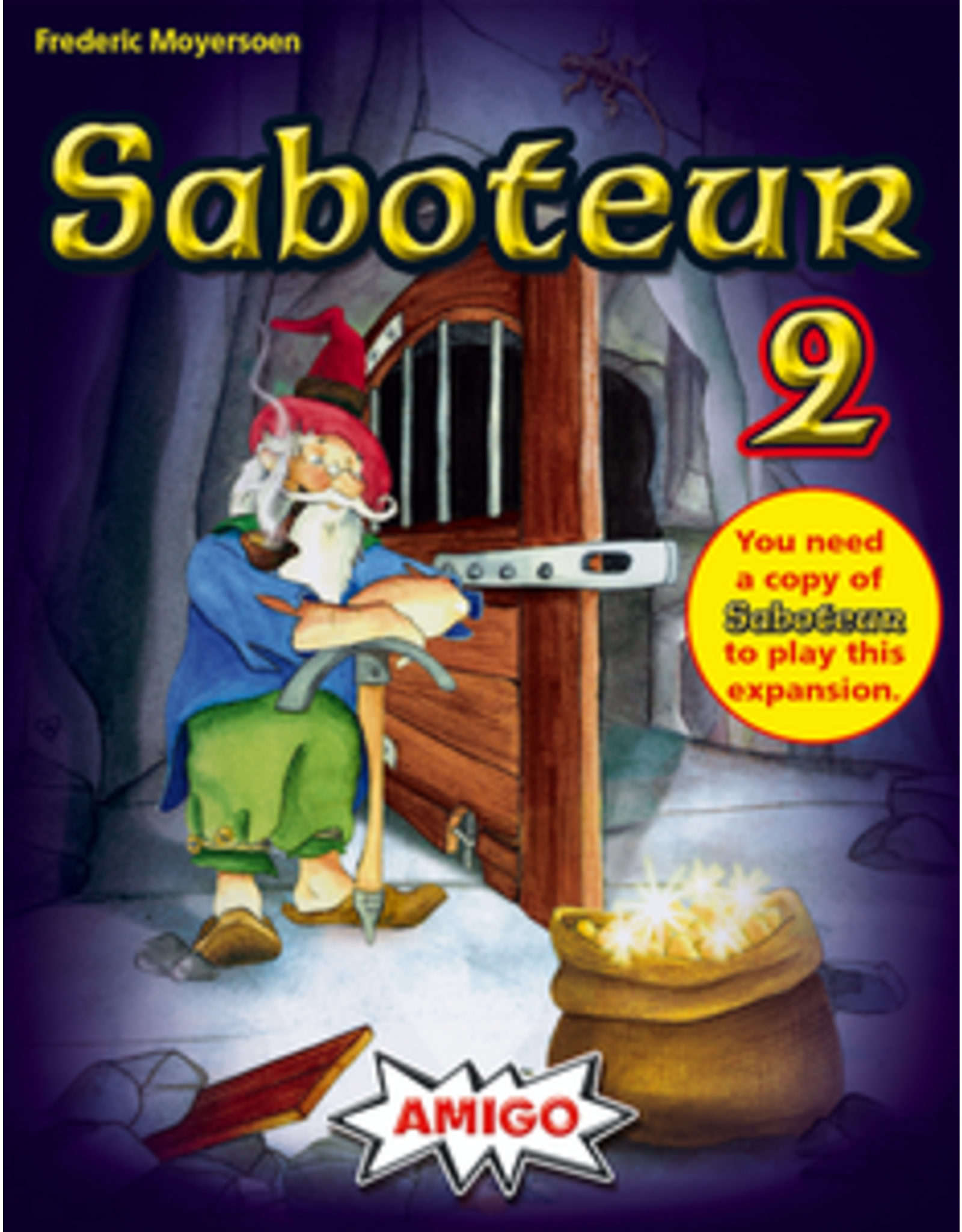 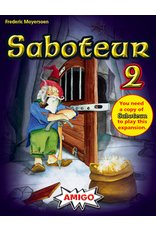 In Saboteur, each player takes on the role of a gold-digging dwarf or a saboteur who wants to hinder exploration of the gold mines — but each player knows only his own role, so the digging may or may not go as planned!

Each turn, a player either lays down a tunnel card to dig from the start card toward one of the goal cards (or potentially away, if a saboteur) or plays an action card to help or hinder someone. If the diggers manage to find the gold hidden under one of the goal cards, then the diggers share the loot found there; if the gold can't be reached before the deck runs out, the saboteurs profit instead. After three rounds, the player with the most gold wins.