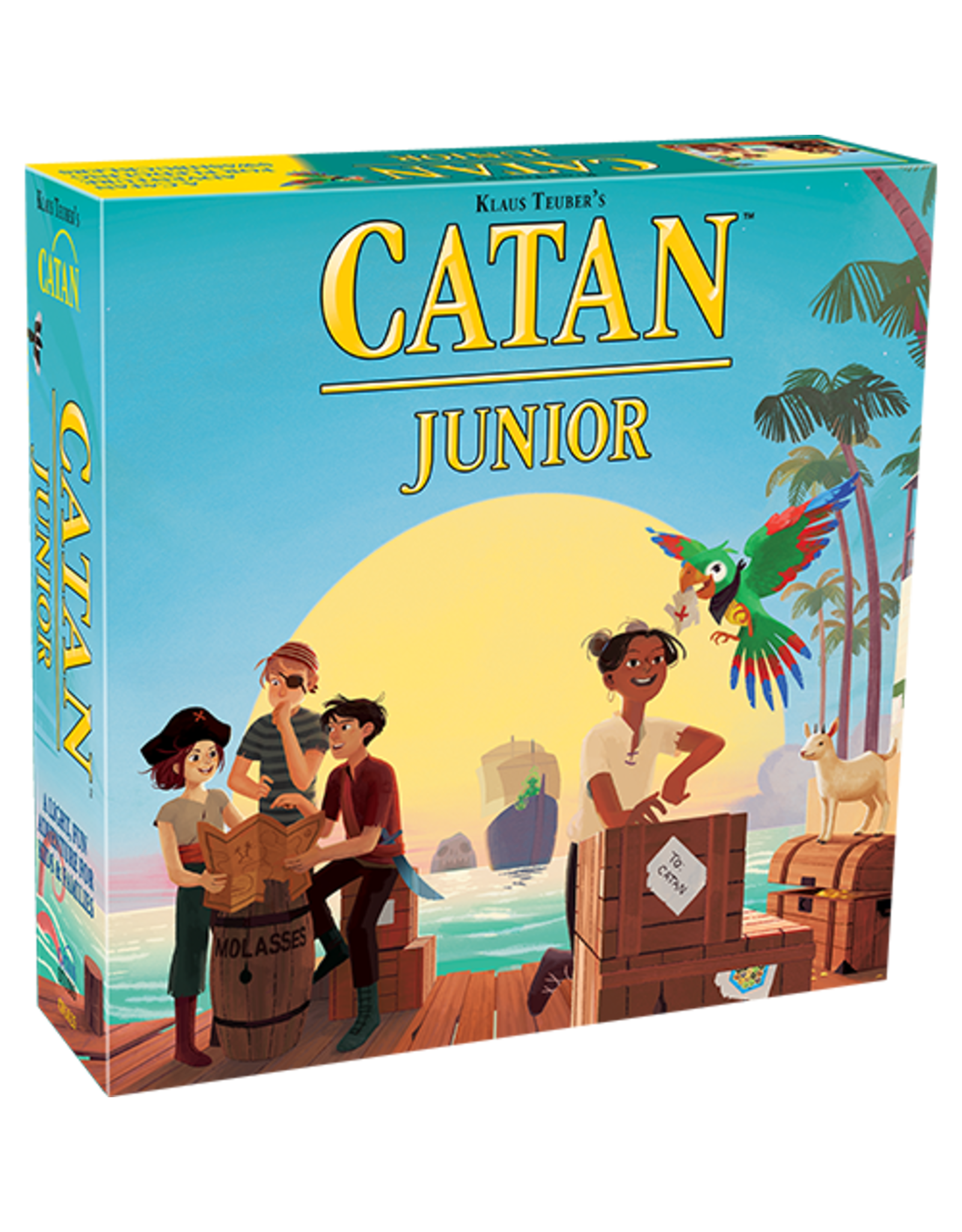 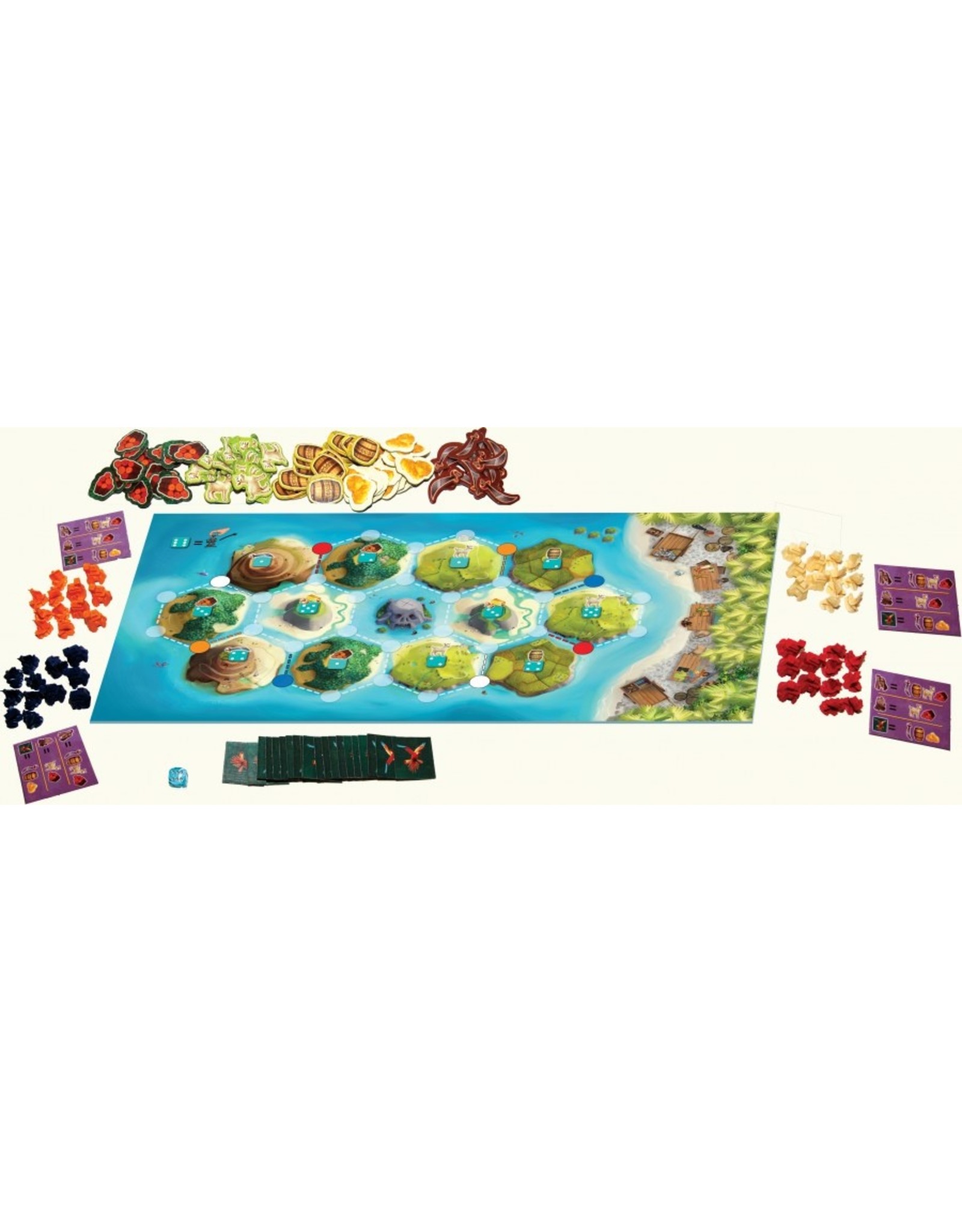 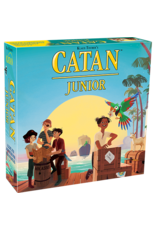 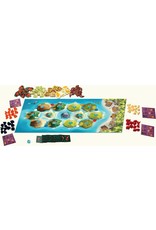 CATAN Junior takes families with children ages 6 and up to a place quite different from CATAN as we know it. There are no "settlers" around here. Instead, the players slip into the role of pirates who build their hideouts - called pirates' lairs - all over the islands and set sail to find new places and build more pirates' lairs there.

CATAN experts will easily recognize that many essential elements of the CATAN base game are included in CATAN Junior, although - in accordance with the theme - they received different names: pirates' lairs are built adjacent to islands, and if the islands' numbers are rolled, the players receive resource tiles. The resource tiles depict gold, goats, wood, molasses, and cutlasses.

The die-cut resource tiles included in CATAN Junior are very convenient for children, because unlike in the CATAN game for adults, the players don't have to hold cards in their hands but can place the resource tiles in front of them. Catan Junior can also be played as a 2-player game.

Although CATAN Junior contains some simplified rules so that 6-year-olds can participate without any difficulty, it is still unmistakably a "CATAN" game. CATAN Junior is not just a game for kids but a genuine family game, to be enjoyed by adults and young children alike.