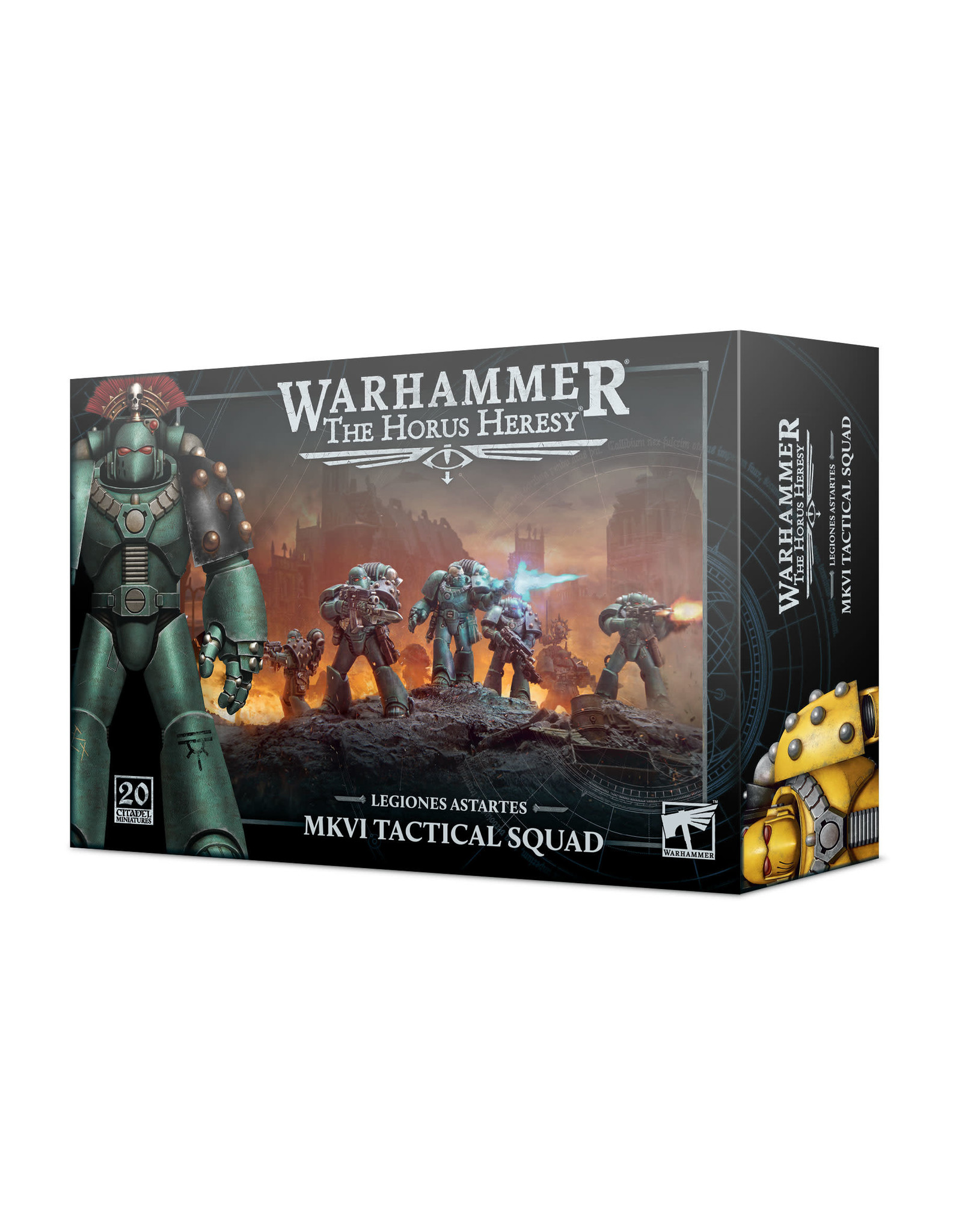 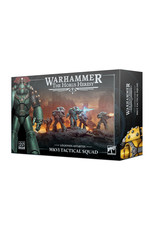 This multipart plastic kit builds 20 Space Marine Legionaries, which can be fielded in games of Warhammer: The Horus Heresy as a Legion Tactical Squad of 20 models, or two units of 10 models. Each of these Legionaries is armed with a Umbra-pattern bolter and bolt pistol, with a variety of additional components such as grenades and pouches, and can also be equipped with a bayonet or chain bayonet for melee fighting. You can also build up to two Legionaries with a Legion vexilla, two with a nuncio-vox, and two with an augury scanner. Accessories and alternate heads are included to build a Legion Tactical Sergeant for each of your squads – the kit offers a variety of extra weapon options for these unit leaders, including plasma pistols, power swords, power fists, and lightning claws. These models have no Legion markings, allowing Warhammer hobbyists to paint them in whichever colours they choose – however, the box includes a transfer sheet with 339 optional markings and iconography for the Sons of Horus and Imperial Fists Legions.

This set comprises 352 plastic components, and is supplied with 20x Citadel 32mm Round Bases and 1x Legiones Astartes Infantry Transfer Sheet. These miniatures are supplied unpainted and require assembly.