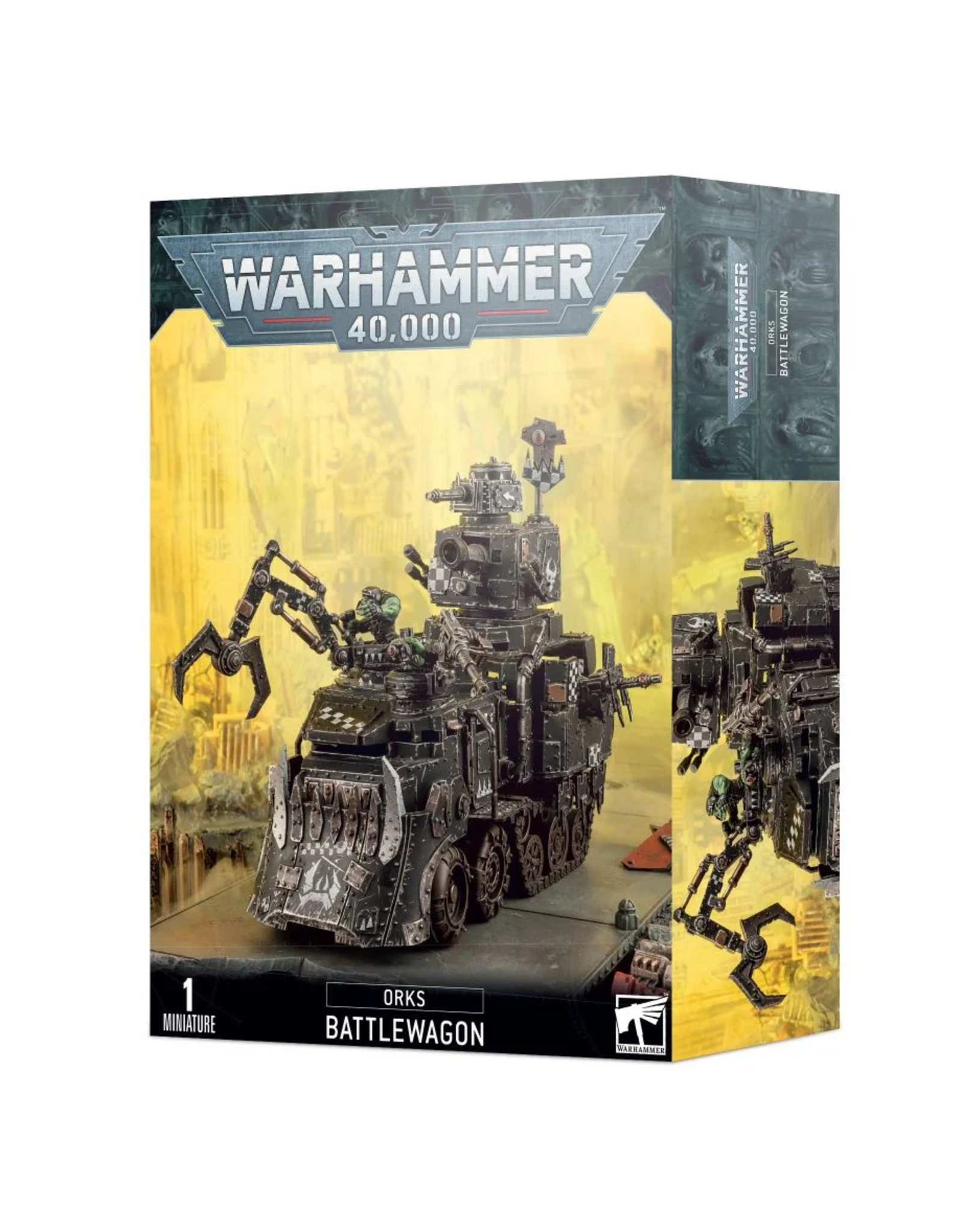 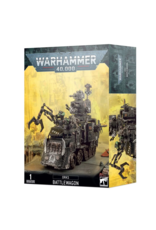 No two Battlewagons are the same, for the Meks that build them can never resist cobbling on armour plates, ramming spikes, assorted dakka, and random gubbinz. However, all are rugged transport tanks with the capacity to bear a vast number of angry Orks into battle while shrugging off the worst the enemy can throw at them.

Get your Boyz into battle in style with a Battlewagon, the last word in mobile fortresses for any discerning Warboss. As well as being an amazing transport choice, you can also take loads of weapons options so that you can shoot, smash, and crush your enemies as you get your Boyz to exactly where they need to be.

This 135-piece plastic kit makes one Battlewagon. The kit includes options for a big shoota, kannon, killkannon, lobba, zzap gun, deff rolla, grabbin' klaw, and wreckin' ball and can alternatively be assembled as a Gunwagon or a Bonebreaka.