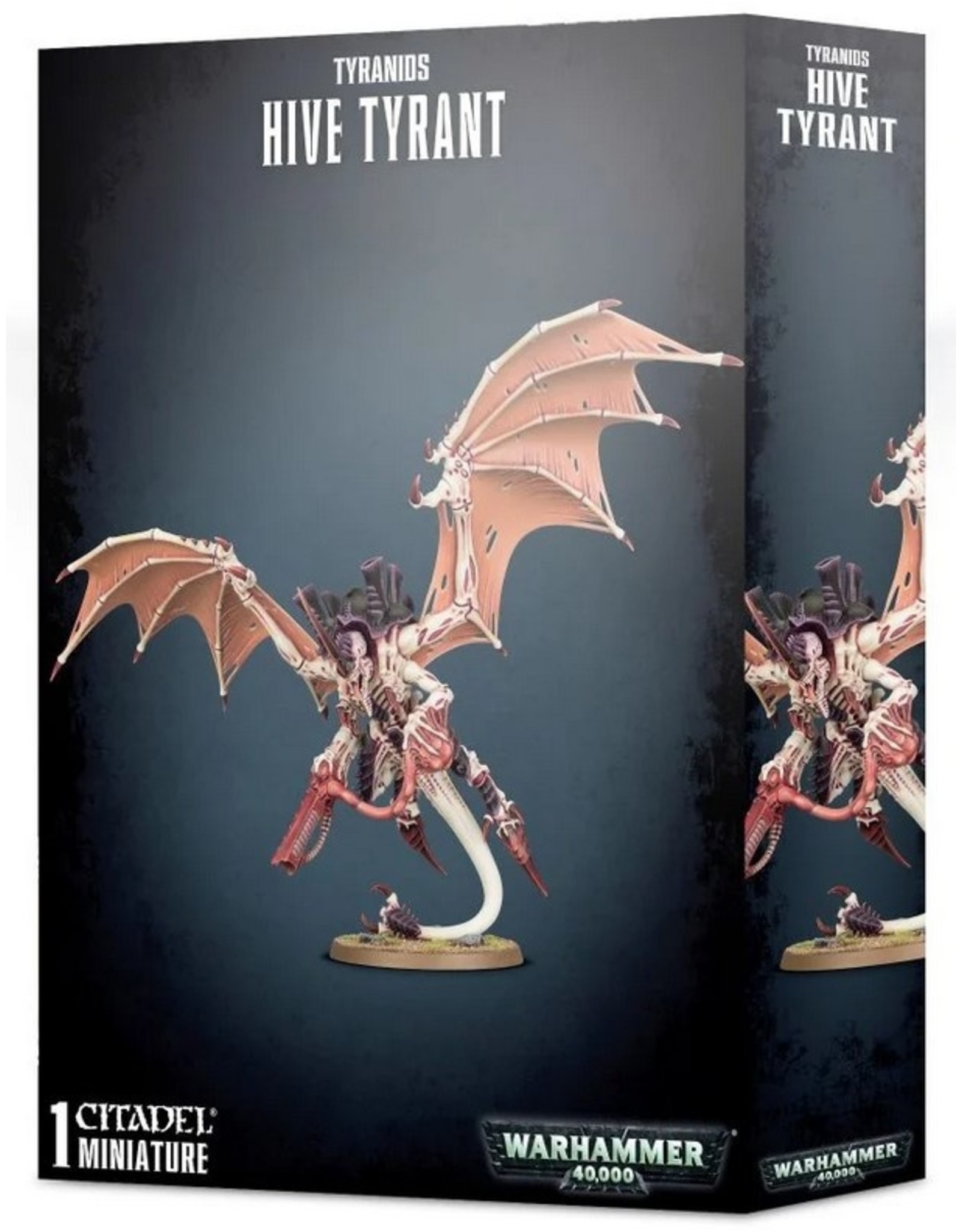 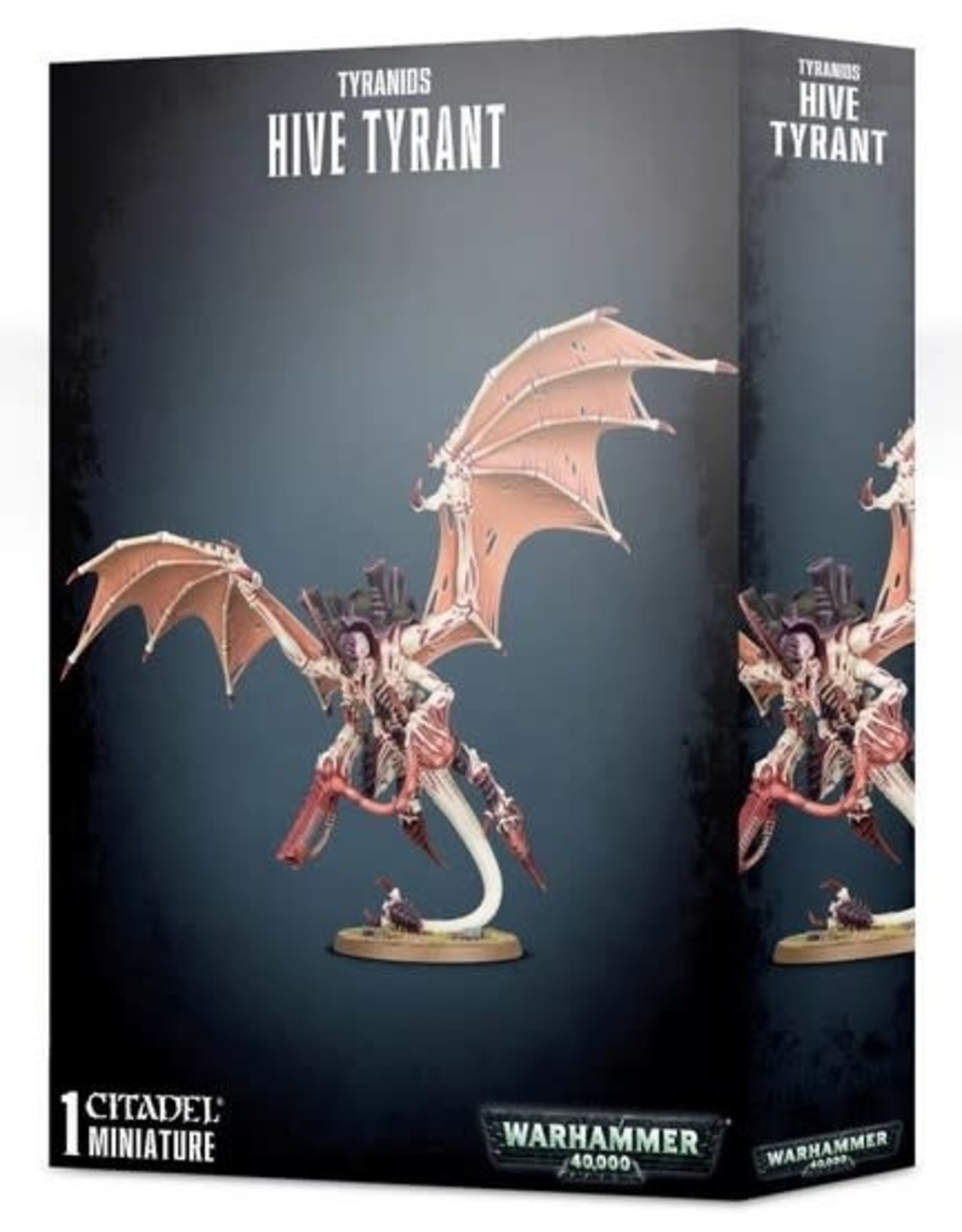 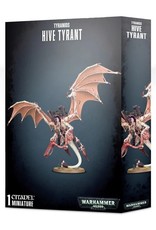 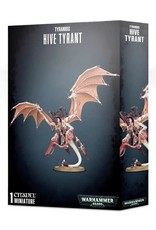 Commanders of the Tyranid swarm, Hive Tyrants are the enactors of the Hive Mind's will. Massively powerful creatures, every part of their body is perfectly created to maim and kill.

The Hive Tyrant is an incredibly dynamic model, posed with monstrous, fibrous and ragged wings extended out wide and with only its serpent-like tail touching the ground, as if launching off into flight (or to pounce on its prey). Like other Tyranids, it has a distinctive chitinous shell with chimneys on its back, and a hideous skeletal underbody. The Hive Tyrant – or the Swarmlord, which the kit can alternatively be used to assemble – makes a striking addition to any Tyranid collection. The kit features a massive variety of weapons options, including scything talons, rending claws, boneswords and a lash whip. There are also parts to customise your Hive Tyrant and represent various biomorphs.

This multipart plastic boxed set contains 59 components and one Citadel 60mm Round Base, with which to build one Tyranid Hive Tyrant or one Swarmlord.