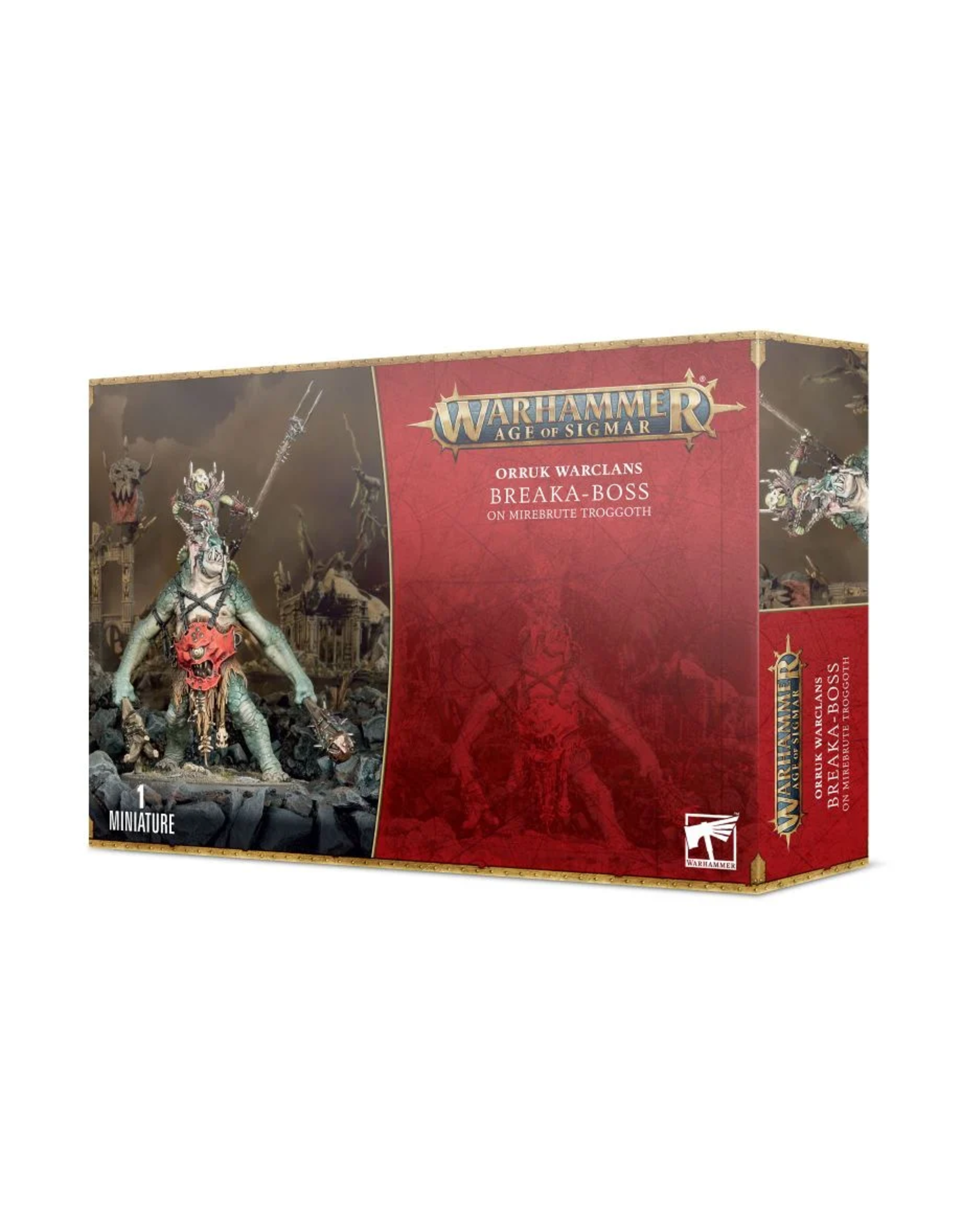 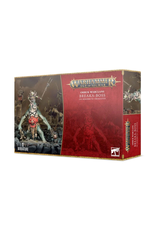 The most vicious Kruleboyz leaders often ride into battle riding a towering Mirebrute Troggoth that they have brought to heel. These lumbering beasts stride into battle using crude clubs and all manner of natural detritus to batter their enemies. Should they not perform adequately, the Breaka-boss will give them a good stab with his bident-goad to whip them into a frenzy.

The Breaka-boss on MirebruteTroggoth is a worthy addition to any Kruelboyz force. The cunning boss steers this stubborn monster into combat, and together they can tear apart enemy Infantry and Heroes with ease. The Breaka-bosses convey their status amongst the ranks of the Kruleboyz by draping their mount with grisly trophies and damp rags, while a protective gutplate depicts Kragnos as a cyclopean beast.

This 24-piece push fit kit constructs one Breaka-boss on Mirebrute Troggoth, with head options for both the boss and his surly steed. The kit comes with 1x 80mm Round Base. This miniature is supplied unpainted and requires assembly