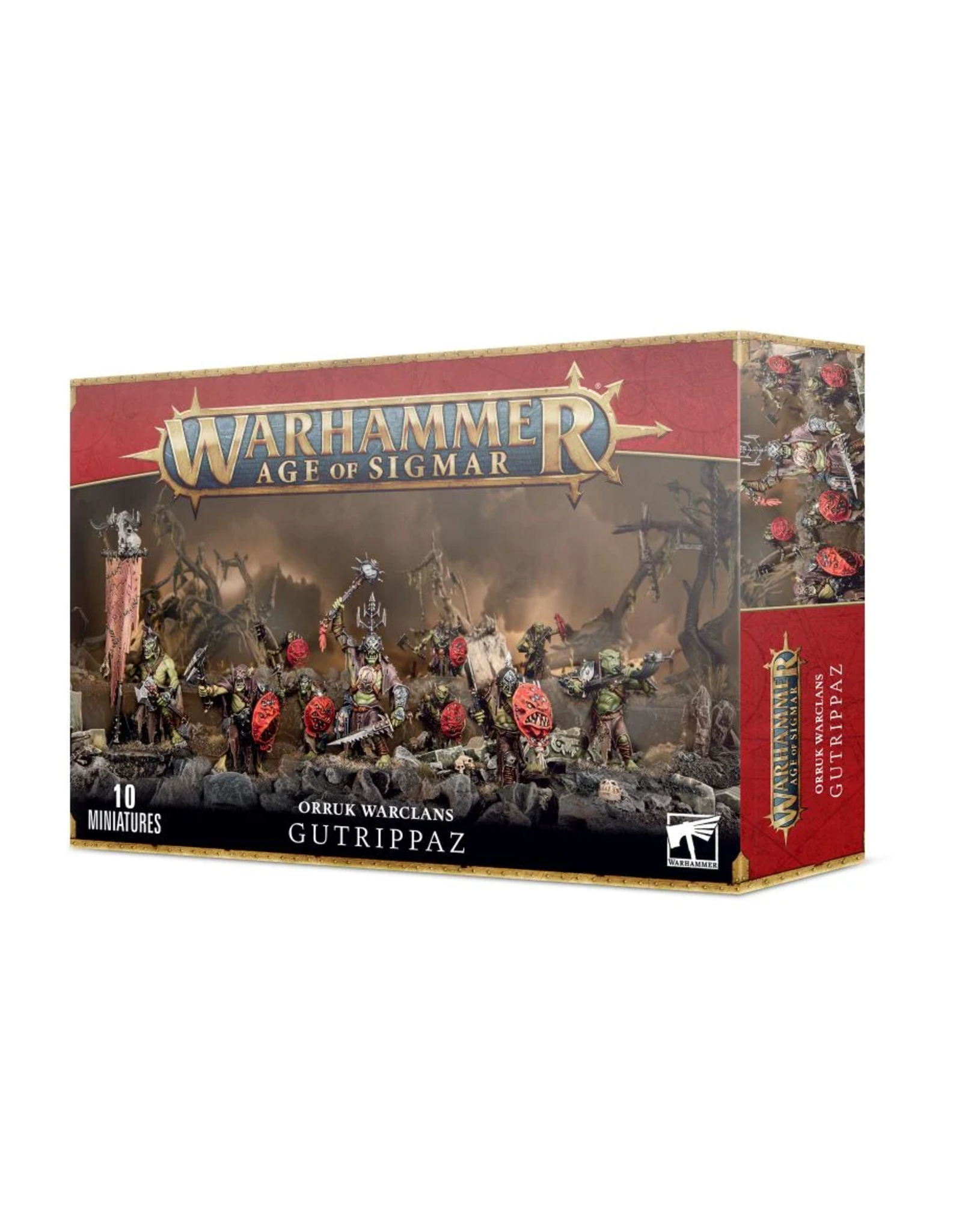 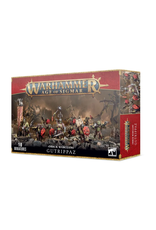 Wielding an assortment of jagged spears and wickedly sharp hand weapons, the Gutrippaz are the mainstay of any Kruleboyz army. They march to battle in ramshackle phalanxes, their grinning skareshields looming out of the magical mists summoned by Swampcalla Shamans, scaring lesser opponents and dumb beasts away before battlelines even meet.

In combat, they overwhelm their opponents with a barrage of slashes and stabs from blades coated in vile brews and natural toxins, but they prefer to strike fear into their foes with disorientating battle cries and sneaky ploys, making them harder to pin down in combat.

This multipart plastic kit comprises 100 components, with which you can build 10 Gutrippaz armed with either wicked stikkas or wicked hackas and carrying grinning, toothy skareshields. This kit offers unparalleled variety, as the heads, weapons and shields are interchangeable across every single body, meaning you'll struggle to run out of combinations to build.

With this kit, there are also options to build one Gutrippa Boss, a Gutrippa banner, and a choice of two Gutrippa musicians. This kit comes supplied with 10x 32mm Citadel Round bases. These miniatures are supplied unpainted and require assembly.